The Beautiful Mundanity of Studio Ghibli

When you think of the awe-inspiring, internationally popular Studio Ghibli films, three associations will likely come to mind: determined and independent female protagonists, vibrant two-dimensional animation, and adventures into the fantastic and surreal.

But for me, the core of a Ghibli feature is in its quiet moments – scenes that don’t advance the plot or provide a spectacular set piece, but that allow for a serene moment of domestic calm, where characters pause the action for a cup of tea or to do some household chores. Contrast this to the recent films of Disney, the studio with which Ghibli is most frequently (if inaccurately) compared: next to their flamboyant showtunes and spectacular CGI, Ghibli’s subtlety seems even more idiosyncratic.

With the news that Ghibli's back catalogue will be made available on Netflix over the coming months, it’s worth appreciating the glory of the mundane in the studio's films, and how well this suits their new small screen home. 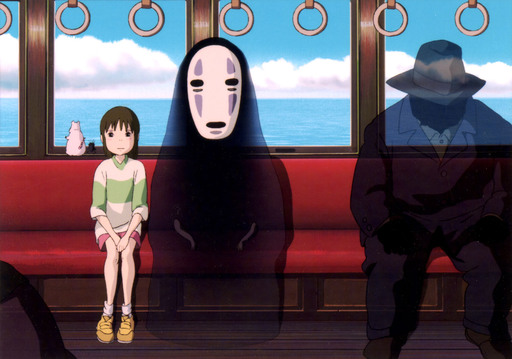 While Japanese animation is obviously known for more than Miyazaki, and many films and TV shows from other studios are characterised by their bombast and action, there is a certain cultural precedent that explains Ghibli’s reverence for simplicity. Similar to the way Christian traditions permeate much of Western culture, the ancient religion of Shinto, while not actively practiced by many in Japan these days, has left a significant historical mark on cultural attitudes.

One belief central to Shintoism is kami worship, the notion that every object is imbued with a spirit, and that even the more mundane elements of life are to be treated with appreciation and gratitude. The red shrine gates found on every Japanese island – an iconic and internationally recognised element of the country's architecture – are linked to this tradition, with these structures housing all kinds of kami.

Rather than shunning material things, this aspect of Shintoism embraces the joy that can be found in even the simplest of objects and places, connecting the realm of the spiritual to the everyday lives of Japanese people. It feels as though moments like Taeko eating her first piece of pineapple in Only Yesterday, or Sophie painstakingly making hats in Howl’s Moving Castle, were made with this concept in mind. Kami don’t often receive direct reference in Ghibli films (although the spirits from Spirited Away could be interpreted as such), but the concept at the heart of Shinto, of acknowledging and respecting the world that surrounds you, impacts every movie they have produced. 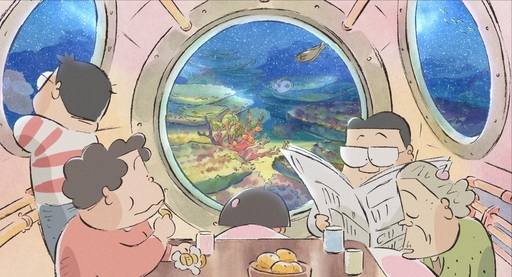 Many films utilise quiet moments to allow their louder action sequences to hit harder, but when Ghibli uses this structural rise and fall technique, it never feels as though the large supersedes the small. Some of the more striking and famous scenes in Ghibli films are followed by equally memorable moments of temporary peace. Ponyo’s excitement in enjoying a steaming bowl of homemade ramen, for example, is given the same amount of attention and care as when she raises a sweeping tsunami mere minutes earlier. Even the aftermath of the natural disaster is depicted not as a horrified survey of the damage, but with a quiet boat ride that precedes the real spectacle: Ponyo and Sosuke’s final emotional union.

Some movies in the Ghibli arsenal are built more overtly around mundane scenes, allowing them a sense of importance that other animation studios may not. Only Yesterday, for instance, is a movie built around small, formative moments, and the subjective experience of domestic life. Taeko is an ordinary woman, not a princess or a warrior; her journey back into her hometown is littered with memories of cloudy days and petty home arguments, not monumental events.

The criminally underseen and underappreciated My Neighbors the Yamadas goes further, being solely made up of funny domestic vignettes after its ironically dramatic opening scenes. Nonetheless, the film proudly sits immediately after Princess Mononoke in the Ghibli filmography, its value not diminished by topics as seemingly insignificant as leaving your child at the supermarket or deciding what to have for dinner. 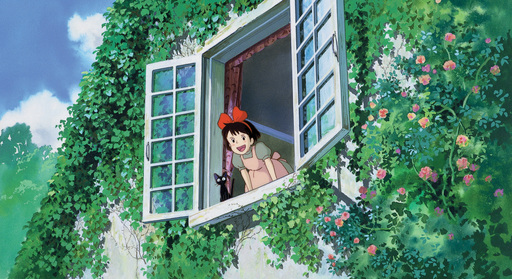 These moments, though quiet, certainly haven’t gone unnoticed by long time Ghibli fans, particularly the ones involving food. Compilations of the most appealing dishes throughout their filmography are frequently shared around Twitter, and cooking accounts like En93kitchen on Instagram are entirely dedicated to recreating some of these inked and coloured meals. Even within the context of the films, food often has a healing, transformative power, and is treated with the appropriate reverence.

A scene in Spirited Away where Chihiro hurriedly eats a bun through choked down tears is one of the most touching in the film, purely through the simplicity and intense relatability of the moment. Likewise, the bakery, evocative of soft warmth and the smell of fresh bread, is the safe haven of Kiki’s Delivery Service. The hot chocolate that Osono prepares in it gives Kiki the strength she needs to begin her life of independence.

The ability to watch Ghibli movies from the comfort of home, then, is one that makes perfect sense and maybe even enhancing the experience. You don’t need to sit in a purpose-built pitch-black theatre to connect with these films; if anything, sitting on the sofa and folding your laundry might be the ideal conditions to watch a movie like Kiki’s Delivery Service.

Among the chaos of our lives, particularly in these politically tumultuous times, finding a quiet moment to stick a Ghibli film on is an ideal way to relax and recoup – not for escapism, but for building a greater awareness and respect of the wonderful minutia of your own life. In a cinematic climate of over-the-top superhero movies and visual mayhem, Ghibli provides a sobering foil, reminding us to take a step back, have a cup of tea, and appreciate what’s in front of us whenever we can.

Castle in the Sky, My Neighbor Totoro, Kiki’s Delivery Service, Only Yesterday, Porco Rosso, Ocean Waves and Tales from Earthsea stream on Netflix from 1 Feb
Nausicaä of the Valley of the Wind, Princess Mononoke, My Neighbors the Yamadas, Spirited Away, The Cat Returns, Arrietty and The Tale of The Princess Kaguya stream from 1 Mar
Pom Poko, Whisper of the Heart, Howl's Moving Castle, Ponyo on the Cliff by the Sea, From Up on Poppy Hill, The Wind Rises and When Marnie Was There stream from 1 Apr