In praise of Aki Kaurismäki's cinema of kindness

In these troubled times, we need Aki Kaurismäki's funny and hope-filled films more than ever. And thanks to Glasgow Film's new CineMasters series, you can lap up some of the Finn's best films throughout June and July

For the past three decades, the great Finnish director Aki Kaurismäki has been making some of the most original comedies in world cinema. This downbeat Finn’s name has become a byword for deadpan, but just because his films are funny doesn’t mean they're without substance. They may resemble fairytales but they’re set in hardscrabble worlds. In films like Ariel, The Man Without a Past and Drifting Clouds, his characters are often pushed to the fringes of society in the face of unemployment and financial hardship.

Life doesn’t get any tougher than in his most recent film, The Other Side of Hope, which is currently in cinemas. It centres on Khaled (Sherwan Haji), a Syrian refugee who’s come to Finland to seek asylum, but what he finds is heartless bureaucracy and right-wing violence. In Kaurismäki’s world, however, altruism lies around every corner.

At one point, Khaled is set upon by three members of ‘Liberation Army Finland,’ who douse him in lighter fluid and try to set fire to him. But just as one member of the gang prepares to drop his Zippo, some rough sleepers emerge from the shadows and give the neo-Nazis a hiding. It’s a scene that sums up Kaurismäki’s outlook, a curious mix of hard-bitten cynicism mixed with tolerance and a life affirming humanity.

The Finn’s films are filled with these moments of humanism in the face of a cruel world. His most celebrated film, 2002 Cannes Grand Prix-winner The Man Without a Past, begins with an act of brutality, with our anonymous hero being beaten senseless (and memoryless) as he arrives in Helsinki off the train. Declared dead by doctors, he miraculously rises from his hospital bed and wanders back into Helsinki's streets only to have his shoes nicked. But salvation appears in unlikely places, in this case a community of people who live in shipping containers by the city's docks. Despite being penniless and with no memory of his past, the character builds himself a modest but happy life among these outcasts, who despite their hard lives overflow with human kindness – even the dreaded attack dog belonging to the dockyard’s security guard turns out to be a softy.

"All my films are more or less about decency,” Kaurismäki once said. In Ariel, his first great film, a unemployed coal miner finds himself wrongly imprisoned, but his ill treatment doesn’t sour his gentle disposition. Even during the excitement of his jailbreak, he takes the time to lovingly place a pillow under the head of the jailer he’s just knocked unconscious. While in La Havre, Kaurismäki's most recent masterpiece, a neighbourhood in the French port town snaps into action to help Marcel (André Wilms), an ageing shoe shiner who’s harbouring a young African immigrant. They help by hiding the young lad from a snooping police inspector and muck in with a charity concert to raise money for the boy’s safe passage to Britain to join his family. 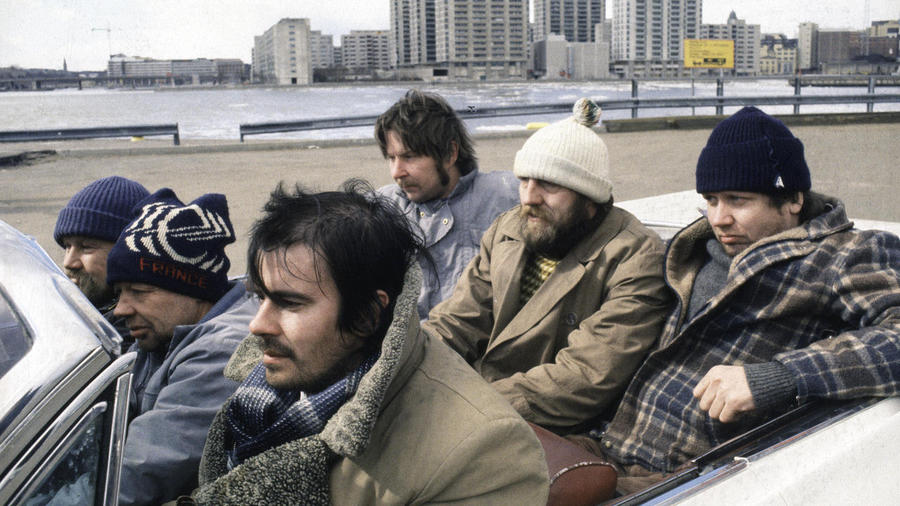 This mix of whimsy and grit is there in the expressive design of Kaurismäki’s films too. They’re set in modest worlds that are slightly out of time: age old pleasures like vinyl records, rockabilly, Brylcream and indoor smoking are the order of the day. His minimalist sets – threadbare flats, utilitarian buildings or industrial spaces of concrete and corrugated iron – are paired with a distinct colour palette that favours cobalt blues, mustard yellows and pea-soup greens. In his Guardian column, John Patterson once described Kaurismäki’s mise-en-scène as “redolent of Poverty Row dressed by Douglas Sirk.” Walk into a trendy bar or cafe in Machester’s Northern Quarter, Glasgow’s West End or Shoreditch in London and you’ll see that hipsters have been borrowing from Kaurismäki’s cheerfully desolate style for years.

The Kaurismäki acting style, too, is utterly singular. His characters are so hangdog and poker-faced they make Buster Keaton or Bill Murray look like Ken Dodd. Words are few and far between. The Match Factory Girl, for example, has no dialogue for its first 15 minutes – and it’s a 69 minute long film. This fat-free feminist fable about a meek factory worker who takes delicious revenge on the people who use and mistreat her, is one of the director’s very best. Ask Kaurismäki what he thinks of his films and his usual response is “they’re crap,” but even he has to admit The Match Factory Girl is a knockout. “It’s hard for me to pretend I don’t like it,” he told Jonathan Ross around the time of the film’s release. “Because it’s the first film I didn’t feel ashamed of when I saw the print.” From the lips of Aki Kaurismäki, that’s a glowing endorsement. 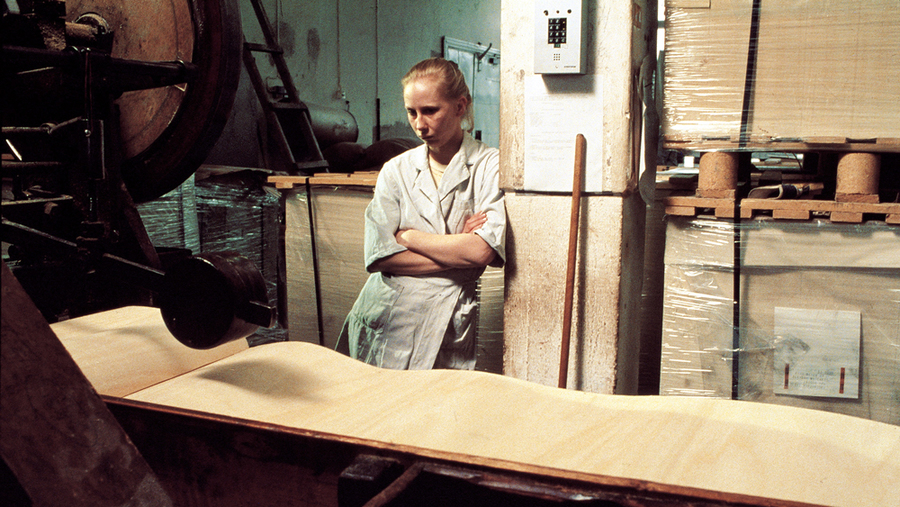 The work of this deadpan humanist will be screening at Glasgow Film Theatre throughout June and July. As well as all the films mentioned above you’ll find love story Drifting Clouds. When Kaurismäki was writing the script he said he “placed the task of Frank Capra's story of emotional rescue It's a Wonderful Life in one extreme corner, and Vittorio De Sica's Bicycle Thieves in the other, and the Finnish reality in between.” There’s also the more knockabout Leningrad Cowboys Go America, Kaurismäki’s first big hit. The film’s drollness knows no bounds, and it’s bursting at the seams with daft sight gags as an eight-piece Finnish band with ridiculously quiffed hairdos and dangerously pointy winklepickers take a roadtrip across America, developing their sound as they go, from rock’n’roll to country to mariachi, with distinctly mixed results.

Taken cumulatively, it’s a body of work overflowing with the milk of human kindness. In these troubled times, we recommend drinking these films up.

Details of Glasgow Film Theatre's Aki Kaurismäki CineMaster series can be found here. To buy tickets and for full details, go to glasgowfilm.org/shows/cinemasters-aki-kaurism