This spring, the GFT will be crowning the great Stanley Kubrick their latest CineMaster with a season that includes nine of the American director’s features

Stanley Kubrick only made a baker’s dozen of feature films across his five-decade career, but what films. Think of the images he created: the sinister red eye of super-computer HAL slowly fading as his systems are shut down in 2001: A Space Odyssey, an axe-wielding Jack Nicholson peeking through the bathroom door in The Shining, the ultraviolent teen with his glazzies pinned open in A Clockwork Orange – and those are just the images based around eyes. Few filmmakers have so profoundly made their mark on the imagination of audiences as Kubrick did.

His films are instantly recognisable but every one was different. He jumped from heist flick (The Killing, 1956) to war movie (Paths of Glory, 1957), to black comedy (Dr Strangelove, or How I Learned to Stop Worrying and Love the Bomb, 1964), to space opera (2001: A Space Odyssey, 1968), to period film (Barry Lyndon, 1975), to macabre horror (The Shining, 1980), to psychological drama (Eyes Wide Shut, 1999), creating a classic of the genre at the first attempt, only to move on to another with the next project.

Kubrick has also helped shape modern cinema through the myriad filmmakers he’s influenced, from Steven Spielberg to Wes Anderson to Christopher Nolan to Quentin Tarantino. If you need any more evidence of Kubrick's greatness, just look to The Simpsons, where his films have been referenced and parodied more than any other filmmaker. 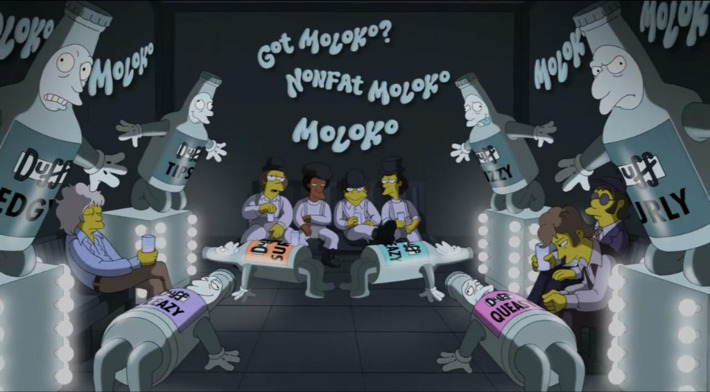 Glasgow Film Theatre will be celebrating the indelible mark Kubrick made on film history by crowning him their latest CineMaster. Throughout April and May, nine of Kubrick's films will screen at the Glasgow cinema, beginning with his adaptation of A Clockwork Orange (5-7 Apr), Anthony Burgess’s dystopian sci-fi novel about a gang of vicious teens who go around committing acts of ultraviolence, and coming to a close with Dr Strangelove (17 May), his brutal satire on the madness of Cold War paranoia and the nuclear arms race.

The season also includes a late-night screening of horror masterpiece The Shining (12 Apr), his morally complex World War I film Paths of Glory (22 & 24 Apr), landmark sci-fi 2001: A Space Odyssey (15 May), and his influential noir The Killing (14 & 17 Apr). It goes without saying, but even if you’ve seen these films before, their power on the big screen cannot be matched.

For full details of CineMasters: Stanley Kubrick, head to glasgowfilm.org/shows/cinemasters-stanley-kubrick