Moments in Claire Denis’ High Life dazzle with an eerie potency. As a whole it defies concrete definition, revelling in a landscape of uncertainty.

Robert Pattinson and Juliette Binoche star as passengers on board a spacecraft bound for black holes and isolation. Sailing through the stars are criminals who were all bound for death row, having now been given a second chance to finally do good for mankind through a galaxy exploration mission – or so they are told. They seem to be drifting towards nothing, however, caught up in other research projects instead and left with all the time in the world to contemplate their existence.

At the film’s opening, we meet Monte (Pattinson) and his baby daughter alone together out in space. Through flashbacks and memories we learn about the spacecraft’s history and those who used to occupy it, now mysteriously lost into the unknown. Of the former passengers, puppet-master scientist Dibs (Binoche), known as the “Shaman of Sperm”, is the most intriguing and unnerving. Her primary concerns are sex and reproduction and she is desperate to understand why children conceived on the ship never survive, undertaking her own experiments on the inmates to find a solution. 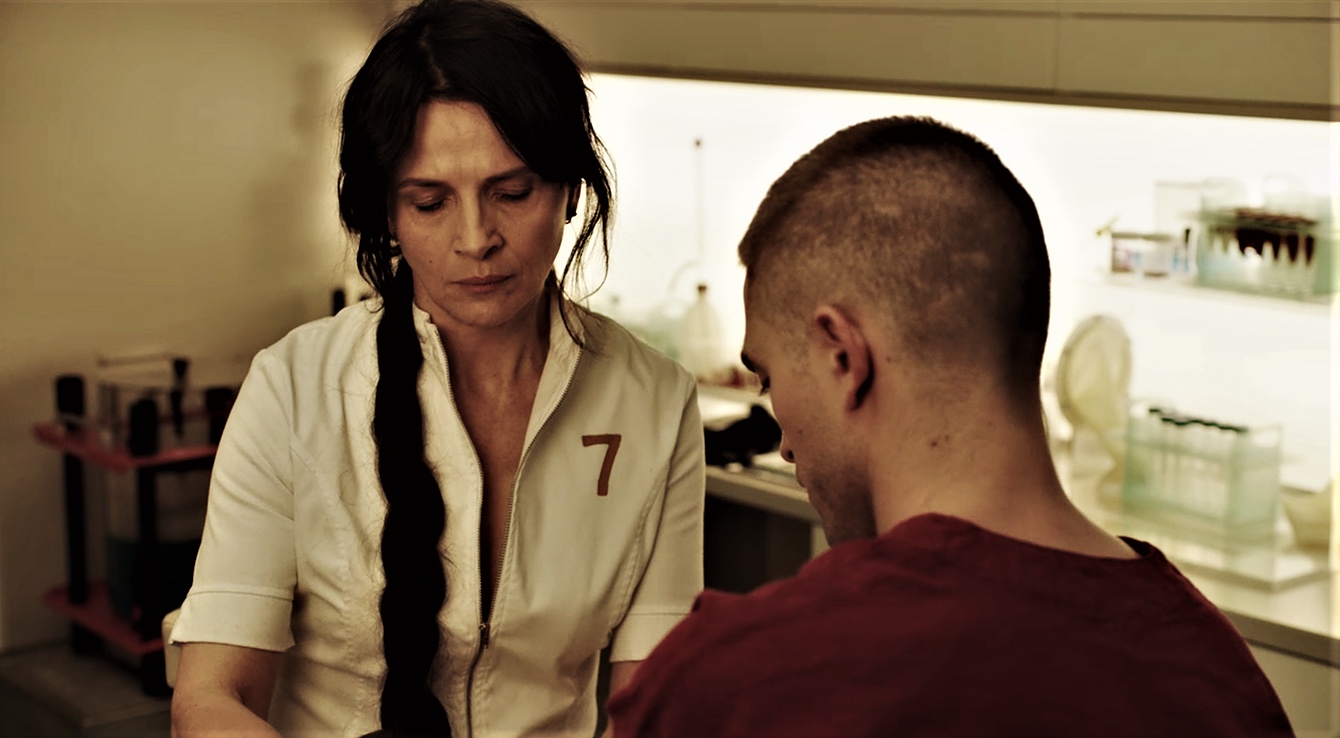 That is perhaps the simplest way to detail the events of High Life, the rest of which should be seen without any extensive prior knowledge. It follows some well-established sci-fi conceits: the search in outer space for life and death’s greater meaning, the extent of our capabilities as humans, and our obsession with life’s continuation. There are both wombs and galaxies open for exploration here, in a film drenched in every bodily fluid imaginable and entertaining an often thrilling and shrill kind of gore.

Binoche is gothic and compelling, dark waves of hair streaming down her back, with an intensely erotic infatuation with her work and those around her. Dibs’ sexual power is magnetic and often chilling, driving the loose narrative and harnessing the film’s sheer erratic madness. Pattinson is stoic and resilient, often monk-like in the midst of Dibs’ and the other inmates’ chaos. In his eventual isolation with his child, he seems to find the only genuine sense of fulfilment in the film in raising her. These are all mere fragments, however, of Denis’ work, a chaotic whirlwind of cinematic bizarrity that has to be seen to be believed.

High Life had its world premiere at Toronto International Film Festival. For more of our TIFF coverage, head to theskinny.co.uk/festivals/international-festivals