The Killing of a Sacred Deer

Yorgos Lanthimos follows-up absurdist comedy The Lobster with The Killing of a Sacred Deer, a wild and dark Greek tragedy. Taking inspiration from Euripides’ tale of Iphigenia, Lanthimos, along with his regular collaborator Efthymis Filippou, crafts a disturbing home invasion thriller with his trademark bizzaro atmosphere and deadpan dialogue. The result is part playful, part soul-searching, part terrifying.

The film opens with the grim image of a beating heart, which is being operated on. As a surgeon’s hands tugs on flesh and knots stitches, you’re immediately shuffling with discomfort – it’s a feeling that will build throughout the film, with the tension ratcheting to a blistering crescendo.

Colin Farrell plays Steven, a wealthy, skilled surgeon. He’s got a greying patriarchal beard, an overly polite pragmatism to his speech, and appears, well, a little too clean cut. He lives with his beautiful wife (Nicole Kidman) and two children, Kim (Raffey Cassidy) and Bob (Sunny Suljic). The family’s life appears idyllic, but behind the doors of their lavish suburban home there is a sense of disquiet. Steven has been a teetotaller for three years, and displays what can only be described as odd sexual habits, not to mention a neurotic interests in watches.

Steven also has a mysterious friendship with a 16-year-old boy, Martin (a chilling performance from young Irish actor Barry Keoghan), on whom he lavishes gifts and regularly meets for meals at a local diner. The exact nature of their relationship isn’t clear at first, but it is evident they’ve known each other for quite some time. 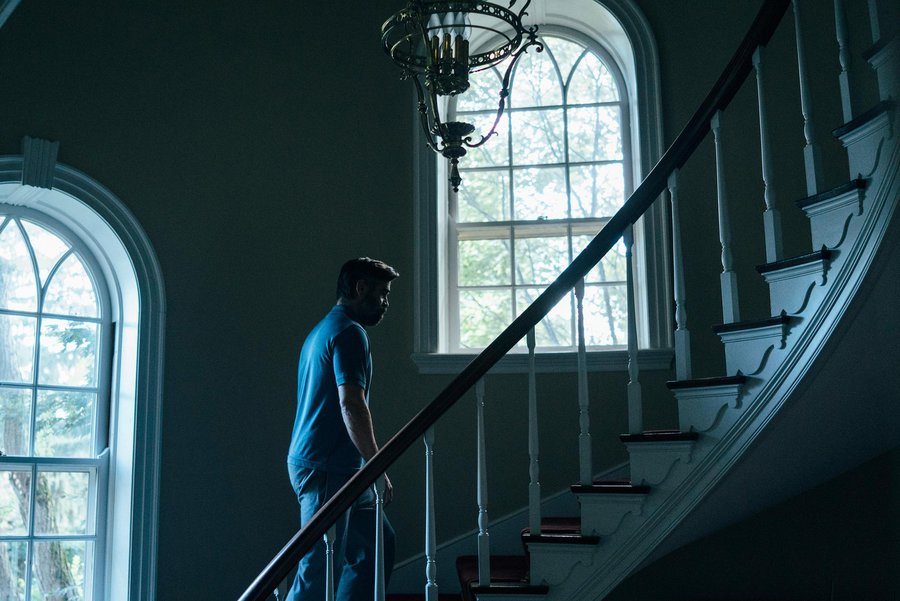 As the plot smoothly unfolds it becomes apparent that the reasons for their friendship are sinister, but not in a way you might suspect. Steven invites Martin around for dinner, and the young man woos Steven’s wife with roses and wins the kids over with small gifts – Kim is particularly smitten with this sweet but odd teenager. It is all part of a plan and a very cruel one at that, and if you know your Euripides you’ll have an inkling that things aren’t going to turn out well.

To reveal more would spoil the carefully crafted plot, but there is still plenty to praise. Barry Keoghan’s performance is likely to be one of the best we see at Cannes this year; controlled and measured, it shows he is a talent to keep an eye on. Kidman, meanwhile, gives one of the finest performances of her career, always holding back just enough so as to not reveal too much. Given her recent celebrated turn on TV series Big Little Lies, it seems the Australian actor is having something of a renaissance.

Devoid of the otherworldly concept found in The Lobster, this work from Lanthimos is grounded in a world closer to our own, although there are a few unexplained plot points over which to ponder. Beautifully shot by Thimios Bakatakis, with a domineering score, The Killing of a Sacred Deer delivers high-tension, eerie and unsettling cinema: you’ll feel deeply uncomfortable while watching, but in a twistedly enjoyable way.

The Killing of a Sacred Deer had its world premiere at Cannes film festival – for more Cannes coverage, click here – and is released 3 Nov in the UK by Curzon Artifical Eye