Murder on the Orient Express

Kenneth Branagh's lavish take on Agatha Christie's iconic whodunnit is decent entertainment, though it lets down much of its cast of stars and rising talent

Branagh also stars as Hercule Poirot, with an ostentatious moustache more in line with Christie’s description of the Belgian detective, though it always looks like it’s gradually spreading, possibly eating the lower half of Branagh’s face. 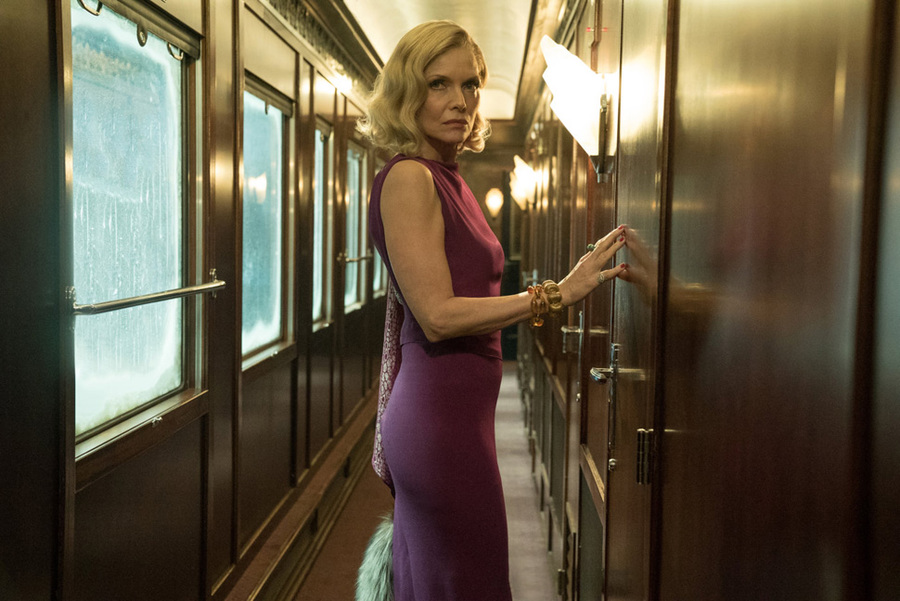 Michelle Pfeiffer holding her own against Branagh’s facial hair

In keeping with the spirit of Sidney Lumet’s 1974 adaptation, this new film is packed with big names (Johnny Depp, Judi Dench) and rising talent (Hamilton star Leslie Odom Jr, Sing Street’s Lucy Boynton), though Michelle Pfeiffer, as tempestuous widow Mrs. Hubbard, is ultimately the only person to seize attention away from Branagh’s 'tache. This is not to say that anyone onscreen is giving a bad performance (Derek Jacobi, Josh Gad and Tom Bateman do fine work here), but, upon finishing the film, one might be excused for forgetting stars like Willem Dafoe and Penélope Cruz were even in it.

The philosophical implications of the whodunnit reveal have an inherent captivating quality, but since this adaptation doesn’t spend enough time on getting to know the suspects, the emotional engagement with the why and how isn’t really there. Time spent on off-train distractions and a fist-fighting foray could have been used to make the characters more than just a colourful costume or accent.

This is Branagh’s first movie shot on 65mm film since 1996’s Hamlet, and he and cinematographer Haris Zambarloukos fill each frame with as much detail as possible, as well as offering up some striking tracking shots in the opening stretch as the train and cast are first introduced. It’s a film that (mostly) looks very fine indeed, though less so when it comes to overhead shots of a CG train in motion and an avalanche that hinders further travel just after the murder has taken place. To enjoy the film you have to embrace its artificiality anyway, but these parts are a little too akin to Murder on the Polar Express.

Murder on the Orient Express is released by 20th Century Fox