Aquaman is not a flawlessly constructed film but takes the DCEU in a wonderful, welcome direction, enthralling with stunning visuals and grounding itself in humanity

Structurally, DC’s latest errs on the messy side. However, Aquaman is tremendous fun and visually stunning, bolstered by sincere, full-blooded performances. The immense scope and creativity of its undersea worlds may make coherence impossible, but it captivates in every detail. James Wan has an eye for imaginative action sequences, even if their clarity is sometimes sacrificed for scale; the entire third act falls victim to the genre’s usual over-reliance on CGI superheroics. That said, the creative CGI evokes wonder – undersea wars featuring meticulously-designed battle(sea)horses and ships shaped like manta rays create some of the most beautiful, colourful spectacles of recent superhero cinema.

Furthermore, as demonstrated in his Conjuring franchise entries, Wan adeptly balances the otherworldly with the human: the emotional journeys of Jason Momoa’s Aquaman aka half-human, half-Atlantean doofus bro Arthur Curry; Amber Heard's queen of the sea Mera; and even Patrick Wilson's 'Ocean Master' villain Orm stay central regardless of the scale and setting of their quests. The cast drips with charisma, making even the most ridiculous lines (Wilson's "Call me… Ocean Master") feel authentic. Their commitment to and enjoyment of the material is the perfect vehicle to bring this objectively silly superhero world to the big screen, connecting their characters' genuine emotional beats while never underplaying the fantastical comic book elements. 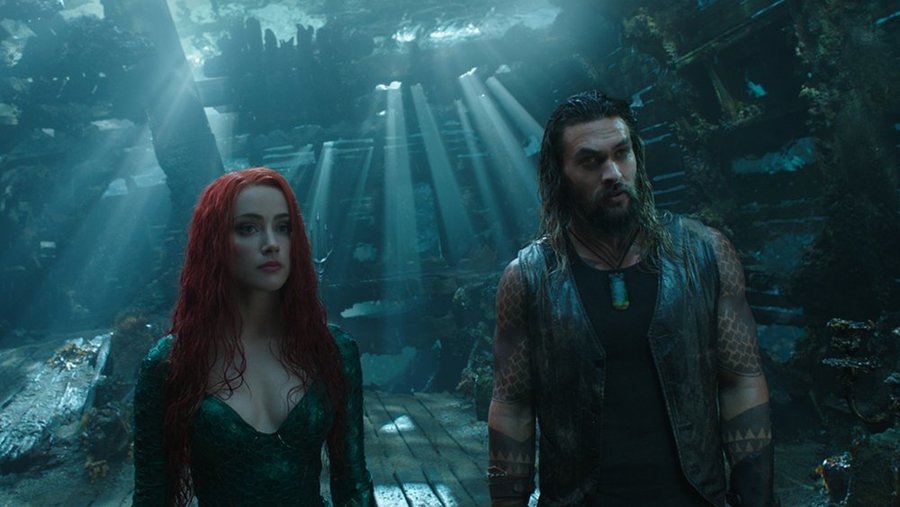 The storytelling contains not even the smallest hint of irony and the film is stronger for it. Like Wonder Woman, Aquaman operates on an overarching message of love, specifically the salvation it grants the individual and the world. This open-heartedness leans into cliché, but its sincere delivery sells Arthur Curry’s heroism. The fact that the DCEU’s two best films have such a wholesome, human-centric core that avoids both saccharinity and sarcasm is a telling contrast to the Snyder-esque doom and darkness that its other entries are marred by.

Aquaman is not a flawlessly constructed film but takes the DCEU in a wonderful, welcome direction, enthralling with stunning visuals and grounding itself in humanity. While no element redefines the genre, its full commitment to the weird, fun and human becomes almost profound and undoubtedly memorable.