Director Robin Campillo, co-writer of The Class, presents a sprawling portrait of AIDS activism in early 90s Paris that's both vibrant and devastating

Robin Campillo’s novelistic 120 BPM (or 120 Beats per Minute) is a vibrant, sprawling portrait of life, death, love and politics that frequently bends narrative and form without compromising any of its emotional power.

Set in the early 1990s, the film follows various figures of the Parisian branch of activist group ACT UP (AIDS Coalition to Unleash Power). It largely hones in on new member Nathan (Arnaud Valois), who is HIV-negative, and his burgeoning romance with Sean (Nahuel Pérez Biscayart), an HIV-positive member of the organisation and one of the mouthier, more radically inclined individuals.

Campillo smoothly glides between the intimacies of their rapport and the fractured relationships of other members. These include Sean’s tempestuous relations with group head Thibault (Antoine Reinartz), whose more diplomatic proposals and reasoning he is often at odds with. Other memorable players include Sophie (Adèle Haenel), an often exasperated organiser, and Hélène (Catherine Vinatier), a woman older than most of the other members, who attends meetings with her HIV-positive teenage son. 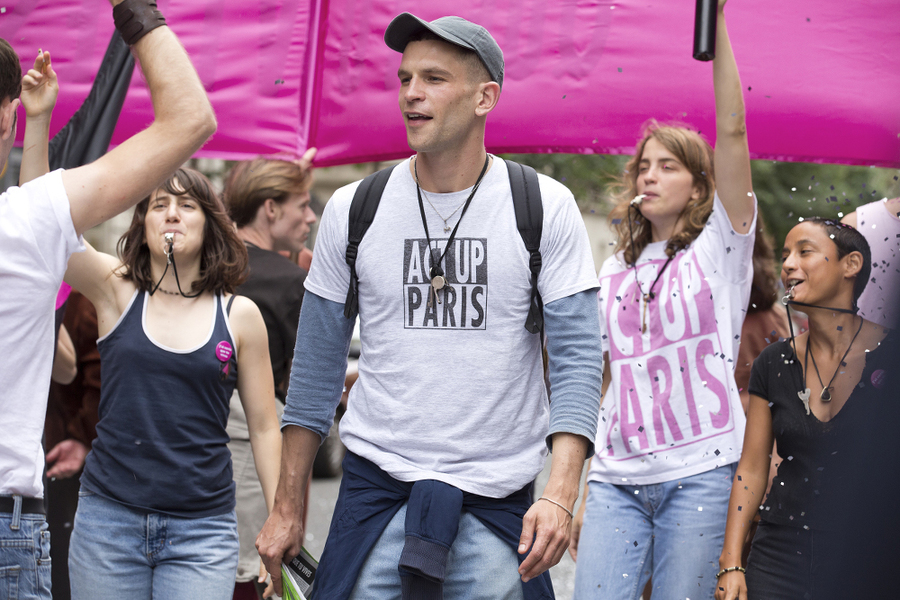 Unafraid of eroticism and a dash of gallows humour, 120 BPM offers a potent counter to the relative politeness and restraint of tidier AIDS-focused dramas like Dallas Buyers Club and Philadelphia. Written in collaboration with AIDS activist and educator Philippe Mangeot (both writers have history as members of ACT UP), Campillo’s film is also an enthralling engagement with the minutiae of the process when it comes to ACT UP, as well as with all the various complexities and complications with treatment of the disease in its various forms; or, rather, the lack of sufficient treatment.

Lost in so many films about activism is the inherent drama in scenarios where clever, engaged people are granted a space to extensively discuss a subject they’re passionate about; Campillo gets that strategy and passionate debate can be cinematically stimulating. [Josh Slater-Williams]