If you've been missing your local due to COVID restrictions, Bloody Nose, Empty Pockets – a rambunctious portrait of a Vegas dive bar on its final night of trading – is for you. Its directors, Bill and Turner Ross, talk to us about the importance of pubs

Sometimes you want to go where everybody knows your name. Or, more pointedly in the year of our lord 2021, sometimes you want to go somewhere that isn’t your own goddamn flat and drink some delicious alcohol surrounded by intoxicated strangers. Thanks to COVID, there’s little prospect of visiting your favourite howff anytime soon, but you can vicariously experience an evening of boozy bonhomie with Bloody Nose, Empty Pockets. The new film from directing duo Bill and Turner Ross makes us a fly on the wall for the last day of trading at Las Vegas dive bar The Roaring 20s.

Among the lost souls gathered for the farewell night at 20s are Bruce, a black, misty-eyed Vietnam Vet with a penchant for Kenny Rogers; Pam, an inebriated 60-year-old who’s extremely proud of her “titties” and not afraid to show them off; Lo, an old hippie with white hair flowing down his back, who seems to outdrink everybody; and Michael, the 58-year-old washed-up actor whose every utterance sounds like a quote from a great American novel.

If you’re thinking to yourself, “Boy, those Ross brothers really lucked out finding such a colourful bunch all in one bar”, then you’d be sorely mistaken. There was nothing serendipitous about it: each was handpicked by the duo after visiting dozens of different watering holes to find the perfect barflies. The cheerfully crumby Vegas bar, with its fairy lights, bric-a-brac clutter and smelly-looking sofas, is also fake, and situated in the brothers’ hometown of New Orleans rather than the famous gambling den.

What happens across the film's runtime, however, is real; real alcohol, real conversations, real arguments, real tears. Speaking to the Rosses over FaceTime, they explain that they’d long wanted to make a paean to the American barroom, and came to the conclusion that this hybrid of fiction and vérité was the most ethical approach.

“A lot of our previous films do lean more towards non-fiction,” explains Turner, “but in this case, we really wanted to be able to create a distance between the reality and the situation for the participants involved, because we wanted to create a safe space for them.” Also important was for the ensemble to feel as much ownership of the project as the filmmakers. “We didn't want to create an exposé on alcoholism in a very specific bar, where we would be looking down on people,” he says. “We wanted to create a space with people who knew this kind of lifestyle, and really have a collective experience where everybody, including ourselves, was a participant.”

It’s clear from watching Bloody Nose, Empty Pockets that it’s made by people who love these places that become living rooms to our neighbourhoods, and it’s confirmed in our conversation. “Barrooms have been a part of our lives since we were little kids, in one way or another,” says Bill. “They've always acted as a really solid access point to an area to learn the flavour of a place.” They’re also spaces that people around the world understand. “They may look a little bit different in other parts of the world, but that idea of a shared space where we come together to be whoever we want or need to be in that moment – to tell stories and make up stories, to hide out or to be seen, to tell a lie or expose the truth – is universal.”

Bars are also our communities’ great melting pots and levellers; they’re one of the few places left in society where people of different classes, political affiliations and social status regularly rub shoulders. “We shot the day after the 2016 presidential election,” explains Bill, “but leading up to it we felt that something missing in our American experience was that there wasn't a discourse. There was no interaction between various groups of folks, and it just had become distorted. So we wanted to set up a scenario in which people could come together from all walks of life and just talk.”

“And that's what the barroom does,” adds Turner. “You can walk in and meet a complete stranger and tell your whole life story. And you can agree to disagree. So yeah, we wanted folks from different walks of life to pass through – different ages, classes, races, sexes – and try to get that cross-section of experience so that they would have dynamic conversations, and that it might spark conversation and interaction.” 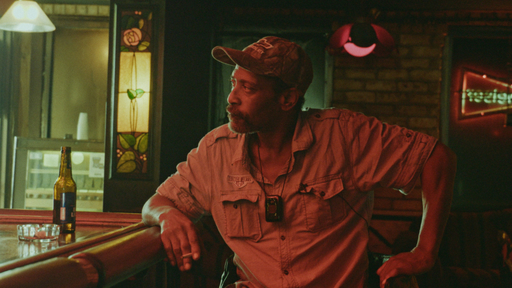 The resulting film is a compelling snapshot of modern-day America, but it's also a riot. The Rosses’ cast gets very drunk and their wisecracks flow up and down the bar like poetry. Like any good night out down the pub, they also get existential, melancholic and a little sentimental.

The film also aches with a sense of loss. The Roaring 20s may not be real, but that doesn’t mean the sadness of its closure doesn’t hit hard, and it’s sure to remind us of all the much-loved pubs we may have lost over the years due to mismanagement, fires or creeping gentrification. It certainly reminds us of our favourite venues that have closed their doors thanks to COVID-19.

“We couldn't have preconceived that it would be a very relevant film this year,” says Turner, “so I hope it gives people an outlet when they can’t do this. But even without the pandemic, it is also speaking to that loss that usually happens when we lose these kinds of spaces and I think it's a reminder that they're really important to all of us.”

We’ll drink to that.

Bloody Nose, Empty Pockets screens on Curzon Home Cinema from Christmas Eve and is in cinemas from New Year’s Day