The endlessly inventive Guy Maddin has crafted a skew-whiff remake of Vertigo from clips of films set in San Francisco. The result is both loving homage and sly critique, and the Canadian director cheekily suggests he's improved on Hitchcock's original

We’ve all heard a lot of outlandish claims made about Chuck Norris thanks to the ‘Chuck Norris Facts’ meme that was an internet staple some years ago, but Guy Maddin may be the first filmmaker to invoke French master Robert Bresson when discussing the actor. “His almost expressionless face is Bressonian in the power of its clean slate qualities,” Maddin insists over the phone from his home in Winnipeg. “It's just changing the context of something that changes everything. It's risible, but only because we've thought of Chuck Norris mostly being an action star. Once you take away the things he's most famous for, it turns out he has this incredible presence, really mysterious. There's something in that blankness that reminds me of Bresson in his best movies, where the same dynamic is at work. You project onto that face. It's really beautiful and elegant in Bresson and The Green Fog is… er… something like it. A really cut-rate Bresson.”

Chuck Norris makes a number of appearances in The Green Fog, along with Rock Hudson, Michael Douglas, Karl Malden, Vincent Price, Joan Crawford, Nicolas Cage, Glenn Close and seemingly every other actor who has ever made a film or television series in San Francisco. Commissioned to create a piece celebrating the city for the San Francisco Film Festival, Maddin and his co-directors Galen and Evan Johnson have delivered a thrillingly imaginative and frequently hilarious collage that takes Alfred Hitchcock’s Vertigo as its template. “We knew we wanted a high-concept, or at least medium-concept, idea to give us additional restrictions beyond the one given to us by our commissioners,” Evan Johnson told me in an email. “It was probably after a couple weeks of watching SF-based movies and noting their Vertigo similarities that we decided to just remake the thing already.” 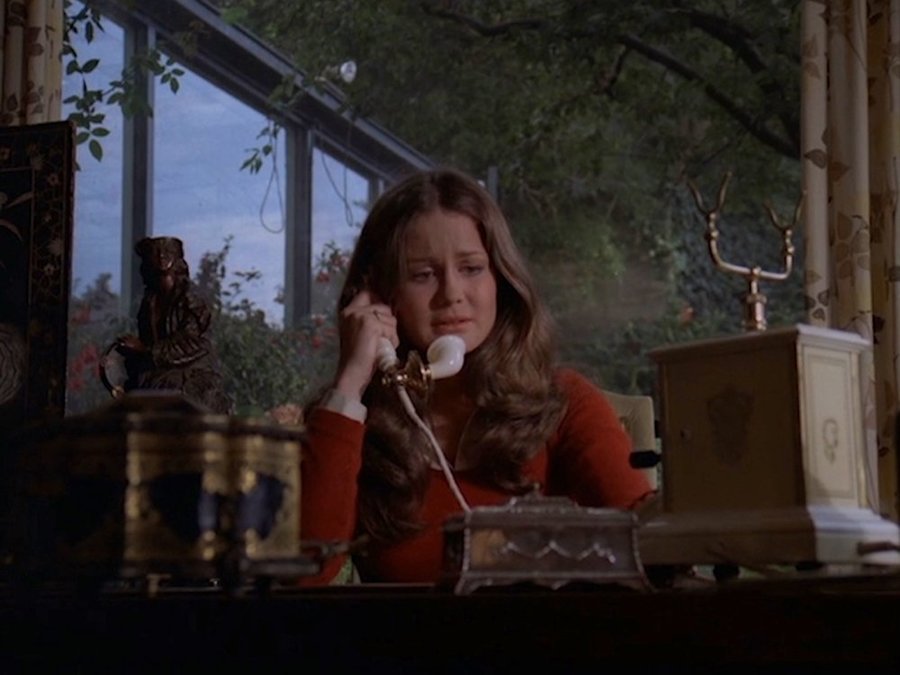 The Green Fog is surely the strangest remake you’ll ever see. It loosely follows the structure of Hitchcock’s film, recreating its iconic scenes – the rooftop chase, the jump into the bay, the tower climb and fall – but stitching together actors from across multiple decades of cinema and television. Maddin has often spoken of Vertigo as his favourite film of all time, but he saw this as an opportunity to interrogate and critique certain aspects of the film rather than making a mere homage. “More than any other Hitchcock film, Vertigo pretty much makes it known how aware it is of how horribly destructive the male gaze can be,” he says. “I remember how thrilled we were when one of my collaborators found footage that's able to pry the camera away from the male gaze for a while and show a scene between two women having lunch, one of them a sort of stand-in for the Kim Novak character. For once you're actually getting the would-be Madeleine Elster confiding in a friend about how uncomfortable she is with this whole plot Gavin Elster's launched her into. We were able to take a slightly different angle on it and I think illuminate some of the things that Hitchcock's up to.”

The result is a film that succeeds in approaching Vertigo in a way that is simultaneously respectful, playful and critical, and a film that stands as its own unique object rather than simply a pastiche of a masterpiece. “We haven't destroyed Vertigo,” Maddin says. “We've just taken it apart, looked at all its component pieces, and stitched together a Frankenstein's version of it. By the time you've finished that exercise, you really know the movie and you know more about how movies are put together than you could ever learn from just making your own movie from scratch, in a way. It's a really interesting way of learning about cinema. It feels great to be in my early 60s and still learning like crazy.”

‘We haven't destroyed Vertigo. We've just taken it apart, looked at all its component pieces, and stitched together a Frankenstein's version of it’

Maddin’s recent collaboration with Galen and Evan Johnson also appears to have had a reinvigorating effect on the director. This is their third project together, following the short Bring Me the Head of Tim Horton and their deliriously brilliant feature The Forbidden Room in 2015, and throughout our conversation, he heaps praise on the brothers, who took responsibility for much of the editing while Maddin was teaching at Harvard. “They would edit late at night and send me cuts in the morning. I'd give them a few notes but not much. I was basically just waving pom-poms like a cheerleader on the sidelines while they assembled the movie,” he says. “My job is to collaborate with the fair-usage lawyer and the composer and with the San Francisco Film Festival, so they did way more work on this one. I guess if there's more than one director it's more common for there to be two, and for them to be brothers, so maybe eventually they can just take over and be the Johnson brothers, the JoBros. They can put flowers on my grave.”

The co-director credit being shared among three people is indeed unusual, but Evan says it makes sense when their working practices as a trio have become so fluid and organic. “The longer we work together the more the roles blur and we just make all the decisions together in a kind of inane foggy self-satisfied groupthink,” he says. “More generally, the process of working with Guy is mostly just fun in a basic sense, though it's occasionally irritating, sometimes life-affirming though more frequently life-denying, often confusing and enervating. But as I said, fun mostly. He's mostly a great guy!”

Another uncommon aspect of The Green Fog is that it started life as a commissioned piece but has now expanded far beyond the anticipated parameters of the original pitch. This has been a running theme throughout Maddin’s career. The Heart of the World was made as a brief prelude for screenings at the 2000 Toronto Film Festival and it became one of the decade’s most acclaimed shorts, while My Winnipeg began as a commission from The Documentary Channel before evolving into a travelling roadshow, complete with live celebrity narrations (including Lou Reed, who fell asleep at the mic). Interest in The Green Fog could easily have ended with the San Francisco Film Festival in April 2017, but it continues to thrive.

“I'm always honoured that somebody would trust me with money and a deadline, but I'm also competitive and I want to over-deliver,” says Maddin. “I want to give them more than they ever expected, so I usually do. When I was commissioned to make my short movie The Heart of the World, and similarly a ballet version of Dracula, in each case they ended up over-performing. Instead of just one-offs for a festival or TV broadcast, they ended up with theatrical releases and big festival screenings. I know some people accept commissions with a different attitude, and they kind of mail something in and save all their creative genius for their own work – which might be smarter than me in the long run – but when I accept them I have so much adrenaline, and it's the same with my collaborators. We really want to deliver.”

What kind of existence The Green Fog will enjoy remains to be seen, but one hopes it does remain in circulation in some form after its festival run is complete. It’s a film that greatly benefits from multiple viewings, allowing audiences to catch the unexpected cameos, gags and allusions that initially flash by in a bewildering orgy of images, and it should also have a life as an offbeat companion piece to Vertigo, offering a fresh perspective on many of that canonical film’s themes. Maddin is even cheeky enough to suggest that they might have improved on the source text. “We had the advantage over Hitchcock because we got to see Vertigo first, so we could tighten it up and eliminate all of its dull patches, and improve upon it,” he says. “We've taken the all-time greatest movie according to Sight & Sound and knocked it down a notch, so now in 2022 when the next poll comes out we expect to see The Green Fog on top. Hitchcock will have to settle for number two.”