Korean master Lee Chang-dong returns with Burning, an enthralling adaptation of a Haruki Murakami short story; we speak to the director and the film's rising star Steven Yeun

Arriving eight years after previous film Poetry, Korean director Lee Chang-dong’s Burning left last year’s Cannes without any competition prizes but with perhaps the most ardent critical support of any movie to premiere there in 2018. Much of the film's pleasure comes from how it slowly reveals its mysteries, so it’s best to keep any plot details to a minimum. All we’ll say is that it concerns a young man, Jong-su (Yoo Ah-in), reconnecting with and developing feelings for a girl from his youth, Hae-mi (newcomer Jun Jong-seo). He agrees to look after her cat while she’s abroad in Africa. When she comes back, she’s accompanied by a mysterious companion, Ben (Steven Yeun), a wealthy man with a proclivity for pyromania that may be a cover for something more sinister.

Based on Haruki Murakami’s short story, Barn Burning, Lee's film marks the first feature-length adaptation of the beloved Japanese author’s work since Tran Anh Hung’s Norwegian Wood in 2010. The idea of adapting a Murakami text for the screen wasn't initially Lee's own. “NHK, the Japanese broadcaster, recommended making one of Murakami’s stories into a film,” says the 64-year-old filmmaker when we sit down to speak to him at the London Film Festival. “The film’s co-writer, Oh Jung-mi, first recommended [the short story] for me to read. And my first impression was that it seemed a bit like a simple story with two things going on: one is why the barn is burned and the second is why the girl went missing. But then I thought that mystery theme could be expanded and so we transformed that mystery into the film’s story.”

"In Paju, you can hear North Korea’s propaganda and so, in a way, the city exists but it's not easily seen. In a way, for me, it’s a really metaphoric place to represent Korean society’s diverse problems in politics, society and economy.”

Steven Yeun, who was born in Seoul but grew up in Troy, Michigan and is best known for his role in The Walking Dead, has a particular fondness for Murakami. “I had read a lot of his stuff but I really enjoyed the short stories,” the 34-year-old actor tells The Skinny and several other journalists gathered for our roundtable interview. “After the Quake was a really fun collection. I really loved his memoir, What I Talk About When I Talk About Running. I actually was an understudy for the lead to play Kafka in the Steppenwolf Theatre’s production of Kafka on the Shore, which was a very frustrating time because understudying is very frustrating. I’ve read a lot of his work and enjoy it a lot, but I also see how difficult it is to adapt.”

Appearing in collection The Elephant Vanishes, most editions have Barn Burning running to 20 pages or fewer; Burning totals a more epic 148 minutes with credits. Upon watching the finished product, it’s hard to imagine the film being any shorter without sacrificing significant character nuances and atmosphere. Obviously, plenty has been added to expand the tiny narrative into a feature-length story, but one of the more interesting actual changes from the source text is the replacement of the eponymous burning barn motif with the burning of greenhouses. Lee tells us this was a change inspired by the setting of Paju in the north of South Korea, not far from the DMZ.

“Paju, the city where I set my story, is just an hour’s drive from Seoul, only 30 minutes from my home. It's a farming town, but the farming community spirit has all disappeared and nowadays is getting deserted. Also, in Paju, you can hear North Korea’s propaganda and so, in a way, the city exists but it's not easily seen. In a way, for me, it’s a really metaphoric place to represent Korean society’s diverse problems in politics, society and economy.”

Regarding the film’s Korean specificities, one of the most intriguing qualities of Yeun’s disquieting supporting performance comes from the curious otherness he projects in so many of his interactions with the other two leads. There’s something not quite ‘there’ about little gestures he makes and how he says certain things. As such, we wonder if Yeun’s Americanness lent a certain ambiguity appealing to Lee and others when casting that role, to which Yeun agrees completely. 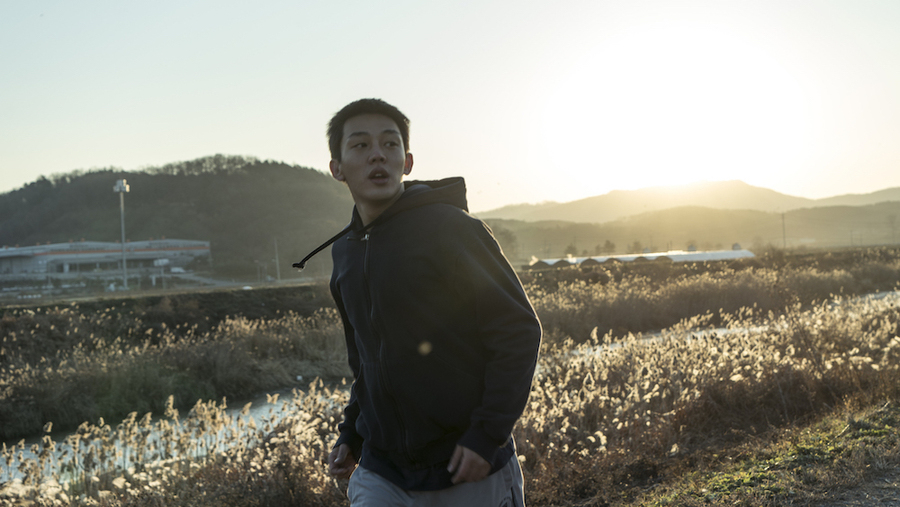 “I think that was definitely director Lee’s intention,” says the actor. “Ben is not American, he's fully Korean, but [Lee] didn't try to take away my Americanness. Director Lee wanted that to remain, but he wanted to work on the other aspects, which was that my Korean had to be exact and on point; the nuances had to be on point. But there's this sense [with Ben] like, ‘I don't need to be here.’ That's part of him that I think was aided by the fact that I'm not actually of there in that way. That was definitely a layer I think is genius filmmaking.”

Lee reveals his own reasons for selecting Yeun, as well as co-stars Yoo Ah-in and Jun Jong-seo – who it should be noted, in light of American Yeun arguably stealing some of the spotlight in English-language coverage of the movie, are also tremendous in the film. “Yoo Ah-in, who plays Jong-su, is one of the most famous Korean actors in that age group,” Lee tells us, “and he's known for being good at delivering emotionally strong and violent characters. In contrast to that, Jong-su is such a passive and shy character who doesn't show his emotions and who doesn't react, so I thought that would be really interesting. And with Hae-mi, Jun Jong-seo, who had no experience in acting, was picked during the audition process. I noticed subtle double sides to her that I thought I could bring into Burning.”

With the character of Ben, he says, “we actually had another actor on board, but then we had a copyright issue which delayed the shooting schedule so we couldn't work with that actor and we had to look for someone else and my co-writer recommended Steven. I hadn't seen The Walking Dead back then, but I’d seen Okja, directed by Bong Joon-ho, and his character in that film is totally different from the character in Burning. But somehow, I was very drawn into that character. And so we met and had a conversation and Steven was really understanding Ben, not only logically but even physically. And Steven also mentioned Ben's motive for doing things would be the emptiness in his heart. That really spoke to me a lot.”

As well as being a mesmerising character study and slow-burn mystery, Burning also simmers with tensions relating to the class divides in modern South Korea. Expanding on this theme, Lee discusses Burning’s relationship to the William Faulkner story that shares a title with Murakami’s one. “Before I made Burning,” he says, “there were lots of other projects. I brainstormed lots and even wrote three scripts, but they weren’t realised. But the similarity of those projects was that they are all talking about anger at what people in this society are going through. The Murakami story doesn't come across as being about anger, but, actually, when you look into it, it is about anger. Coincidentally, William Faulkner’s short story with the same title is about a man who is a white working farmer who burns other people’s barns whenever he feels suffering. So, this story is directly leading to anger. The two stories are both talking about anger but with very different styles. And Burning is originally inspired by Murakami’s story, but the feeling of anger is directly from Faulkner's story, which explores the feelings of anger and guilt.”