Mark Jenkin's hypnotic Bait takes us into the heart of a conflict between a disenfranchised fisherman from Cornwall and the supercilious holidaymakers who infiltrate his town each summer. Jenkin tells us more about his singular approach to filmmaking

What is this? When is this? Where did this come from? These are some of the questions that will run through your head in the opening minutes of Bait, the strange and startling first feature from Mark Jenkin. At first glance, the film appears to be ancient. Shot in black and white on grainy 16mm, it looks battered and decayed, like it’s a print from the early days of cinema that’s been rescued from some sloppy archivist's dank shed or dusty loft. Its old-school visual language, quicksilver frame-rate and montage editing, which suggests Sergei Eisenstein remaking Robert Flaherty's Man of Aran, supports the theory it’s some found object from the silent era.

It quickly dawns on you that this drama centred on class tensions in a small fishing village in Cornwall – where the traditional community is being elbowed out by the more lucrative tourism industry catering to the wealthy London types who descend on the town each summer – is set very much in the present-day. Ironically, Jenkin reckons his path to these analogue techniques began in 2010 when he started playing around with his swanky new digital camera.

“I thought I could shoot something on my DLSR," the filmmaker recalls when we meet in Edinburgh on the day following Bait's UK premiere at Edinburgh International Film Festival. "I thought it was the revolution; I could make something without loads of blokes in baseball caps and puffer jackets around and just get back to being me and the actors.” When he assembled the film, however, it didn’t live up to what he’d imagined. “It wasn't purely an aesthetic thing, I felt that something was missing. There was another element at work within it, which I think was the computer within the camera that was making decisions for me that I didn't understand.” 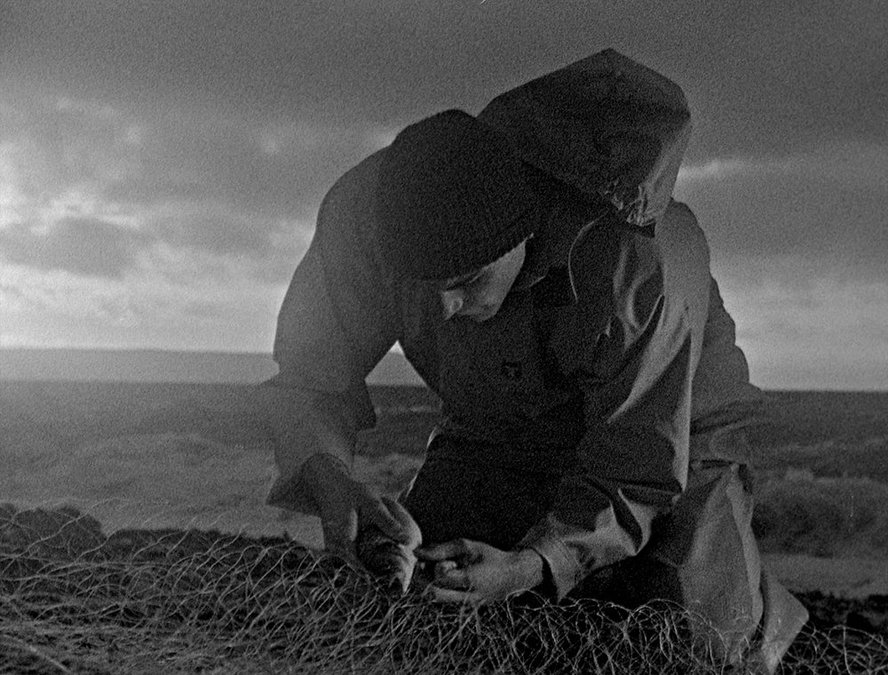 Shortly after this disappointment, Jenkin fell ill and was laid up in bed for weeks, but he found some inspiration – as many cinephiles have over the years – through the work of filmmaker Mark Cousins. “I couldn't do anything except watch TV, so I ended up watching The Story of Film," he recalls. "Just hearing Mark talking about his love of cinema made me realise how the passion had gone out of my relationship with film.” Jenkin started reminiscing of simpler times. To 1993 to be precise, and his excitement of making his first film, a short documenting a trip by train from Cornwall to London, shot on Super8 and edited in-camera to The Smiths' tune London. “I went online and spent a huge amount of money on the best Super8 camera I could find, under the effects of the general anaesthetic I was taking probably.” Ever since this epiphany, Jenkin has been shooting on celluloid. “I sort of rebranded myself," he explains. "I said, ‘No, I don't do the digital side, I just work with film.’”

This embracing of analogue doesn’t fully explain how Jenkin arrived at Bait's singular visual language. The focus is the bullish Martin (Edward Rowe), whose boat is now used to ferry tourists on booze cruises and whose family home by the harbour is now owned by a smug couple from London. Martin barely scrambles a living by fishing from the shore and selling his meagre catch to the local gastropub, squirrelling away the few cash-in-hand notes he gets in an old biscuit tin labelled ‘Boat’. The simple story of class tensions between the locals and the well-monied holidaymakers suggests kitchen-sink realism, but Jenkin chops scenes together like a string of sense-memories. Close-ups of characters' squinting faces and clenched fists are intercut with violent edits to inanimate objects, the juxtapositions deliciously escalating the social tensions. The Soviet-style montage combines with the small-town freakiness of The Wicker Man and the glitching, hand-processed images to create a heady brew. When it comes to influences, though, Jenkin says he’s in the dark.

“With filmmaking – because it's such a clusterfuck getting everything together – once you get to the point where you're into development, all the influences just go out the window because you're just trying to get the thing made,” he says. “So I do think a lot of it is inspired by the limitations during the shoot.” Take, for example, the abrasive cutaways which seem to suggest a debt to Sergei Eisenstein. “I ended up with a bin full of obscure cutaways that quite often were just shot because I had a few feet on the end of a roll left before I changed the reel. I'd go, ‘Oh, I'll just quickly shoot something that's in the room,’ having no idea where it was gonna be used. But I valued these offcuts because of their materiality, so I ended up going back to them. I certainly didn't think of it at the scriptwriting stage, and probably wouldn't have discovered these shots if I wasn't shooting on film.” The choices of which shots to include are almost subconscious, he explains. “I often don't know what these montages mean. But I love that. It's like Bresson said: ‘I want people to feel my films before they understand them.’”

'I've come to realise that any film made about contemporary Britain, it's going to have an element of Brexit in it'

We do manage to pin Jenkin down on one influence: Nicolas Roeg. “Walkabout was one of the first films I saw where I thought, ‘Oh shit, there's something else going on here.’" he explains. "It's like a horror film. But a horror film with no horror, which is what people have described my films as subsequently, this sense of something else. There's something behind the camera – and not a director. There's some sort of presence within the film, and that's to do with the way Roeg works with time.”

Like Roeg’s films, Bait is the kind of film-making that aspires to reproduce consciousness. Often the edits will cross time as well as space, flashing us forward to some of the brutality to come, as if the violence that’s continually threatening to bubble over is being sensed by the characters subconsciously. “Roeg just said fuck it, let's stop being childish, we are watching a film and let’s play to the strengths of the form. So what happens if we do jump around in time and in space, in terms of geography? For me, I just keyed straight into that style because that's how your mind works; your mind is nonlinear.”

All this chat of montage and form might suggest something cold or academic. What we should also point out is that Bait is hilarious, although it sounds like this is news to Jenkin. “The humour element, that was a real surprise for me, watching the film at the premiere in Berlin and hearing people laugh.”

We’re incredulous at this revelation. You didn’t realise you’d made a class comedy that’s as playful as it is brutal, we ask. “Well, I do now,” Jenkin laughs. “But it's very difficult when you're making a film, especially because I worked in such isolation through postproduction, to then realise it's funny because it's only funny if people laugh at it.” In retrospect, Jenkin is relieved it’s worked out that way. “I've learned through the last few months of screenings that people laugh at a certain point – it's after about 12 minutes – and if they laugh, then they will laugh through it all. And if they don't laugh, then it's a worry because I've realised now, watching it communally, that it is the humour that gets you through that first bit of the film.”

Humour wasn’t the only surprise Jenkin had in store at that world premiere in Berlin. Many film critics, this writer included, have pointed out Bait’s story of class warfare in Cornwall seems to connect allegorically to our current political moment in the UK as a whole: namely, Brexit. Even before we hear a radio report discussing fishing grounds and chlorine-washed chicken, it seems like Martin’s war with the holidaymakers is some sort of comment on our divided nation.

Jenkin doesn’t see it this way. “It was never a comment pro- or anti-Brexit,” he insists. Cut to the world premiere in Berlin. "The very first question in the Q&A afterwards was about Brexit…’” He gives a deep, exhausted sigh that everyone in this country can probably identify with. “I've come to realise that any film made about contemporary Britain, it's going to have an element of Brexit in it.” There is a silver lining, though. “It isn't deliberate, but I think we've made a film that sits in the grey area, or it's created a little bit of grey area where there is no grey area at all. I’m proud of that.”

Bait is released 30 Aug by BFI, with a preview at Filmhouse Edinburgh on 27 Aug (on 35mm) followed by a Q&A with Mark Jenkin