Papi Chulo is a sweet comedy-drama about an LA weatherman going through an existential crisis. At Glasgow Film Festival we sit down with John Butler, Matt Bomer and Alejandro Patiño – Papi Chulo's director and co-stars respectively – to discuss the film

“There’s always something funny in the heart of something serious and vice versa,” says John Butler on his newest film Papi Chulo. That dichotomy of light and dark is reflected in the people behind the film. As we sit to chat with the Irish director along with stars Matt Bomer and Alejandro Patiño ahead of the film's UK premiere at the Glasgow Film Festival, it’s easy to notice that their bond has extended beyond the film set. In between discussions of LGBT representation and loneliness, they joke around with light-hearted banter, suggesting a camaraderie closer to genuine friends than just co-workers. When Patiño talks about his easy relationship with Bomer, the latter interjects with one of many off-the-cuff quips: “So you didn’t mind that my stand-in did your off-camera?”

“Not at all,” Patiño answers in a serious, deadpan tone that causes an eruption of laughter. Bomer turns to us. “Sorry, I’m actually not here right now,” he says. “This is not me. I’m Matt’s stand-in, but I pretty much know everything he knows.” Everyone breaks out in roaring laughter again.

Butler’s work pairs an endearing positivity and hopefulness with decidedly heavier ideas. The Irish director's previous feature – toe-tapping crowd-pleaser Handsome Devil, which became something of a word-of-mouth hit – follows the friendship between an awkward boarding school student and his rugby player roommate who comes to the realisation that he’s gay. “I think life is funny and sad simultaneously,” says Butler, “so I like to make films that try and reflect the way I see the world. And that’s what a film like Papi Chulo is like. If it’s funny and sad at the same time, then it feels real to me.”

Unlikely friendships are another commonality between his films. In Papi Chulo, Matt Bomer plays a lonely weatherman who is forced to go on leave after having a breakdown on air. He hires a Latino contractor (Alejandro Patiño), first to paint his deck, and later simply to just be his companion. Despite the language barrier, a tentative friendship forms between them based on the simple pleasure of spending time with someone.

Both actors were unaware of the director’s work prior to joining Papi Chulo, but they immediately fell in love with the script and quickly sought out his earlier films by any means necessary. “I actually watched Handsome Devil in Spanish on YouTube,” says Patiño.

Bomer’s character, Sean, is inarguably a departure from his usual type of role. The men he frequently plays are handsome, dashing and confident, like his male stripper in Steven Soderbergh’s Magic Mike or the suave villain in Shane Black’s The Nice Guys. Sean in comparison is awkward and clumsy, stumbling over his words as often as he stumbles over his own feet. But his character isn’t just played for laughs – he’s a man crippled by loneliness and isolation.

“I thought the character had a contradiction within himself that was innately funny – someone who has so much pathos and is working so hard to try to suppress it when it’s just going to boil to the surface subconsciously whether he likes it or not,” Bomer says.

Coming from a background in character acting, Papi Chulo’s Ernesto provided Patiño with his first leading role. He revelled in the experience of “creating a persona from the bottom up”, but also appreciated the film’s depiction of Latinos. “The beauty of this film for me is how [John Butler] wrote Ernesto,” Patiño says. “It could’ve gone very stereotypical. He’s very ‘yes sir, no sir’ but I was able to give him a little bit more of a presence. He stood with Sean face-to-face and there was an equal feeling.” 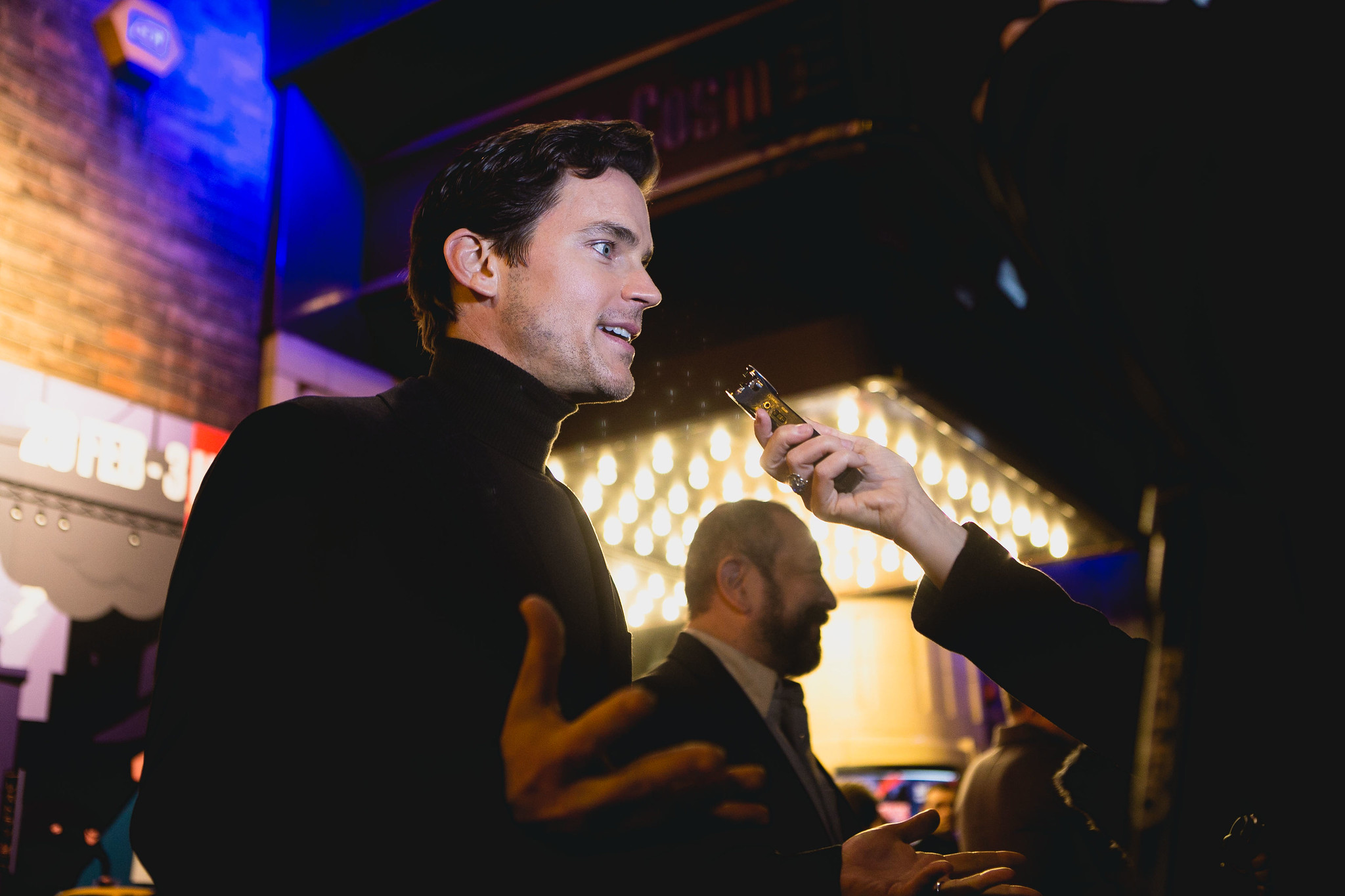 What is particularly refreshing about the film is its LGBTQ+ representation. Sean is gay but his sexuality isn’t his defining trait, and the film is more concerned with exploring his personal journey. Many of the scripts that land on Bomer’s doorstep are “drenched in stereotype”, so the film represented a welcome change for the actor. “I think writing for gay characters has come so far, but it still has a long way to go,” Bomer says. “I fell in love with this character. His sexuality was so not a primary aspect of the struggle he was going through or who he was, and that’s always a nice surprise.”

The film also depicts a side of Los Angeles that is relatively foreign to Hollywood cinema. For every actor trying to make it big in Tinseltown, there’s a contractor, a retail assistant, a janitor who just happens to live in the sunny city where stars are born. Butler was far more concerned with exploring the everyday people who populate Los Angeles than the glitz and glamour. “It’s maybe the first film shot in LA in the history of movies to scrub the Hollywood sign from every frame where it was apparent,” Butler says.

“The romance of LA to me is the empty canyons and mountains and the quieter streets that are further up the freeway. Those wide open spaces where you feel like you’re in another city or a different place or time. That’s the LA that really resonates with me. Especially when the sun is going down or coming up, it can feel very romantic and haunting. I wanted to turn the camera the other way.”

The beauty of LA comes across in Papi Chulo because it loses the idealism and finds the humanity within it. When everyone is either chasing their dreams or barely scraping by, life seems to run away from you. “It can become this very antiseptic place where you get in your car, go to the place you want to go, see the people you want to see and come back home,” says Bomer.

What everyone can agree on is that Los Angeles is a big busy city full of people who feel cut-off. “There is a loneliness specific to [Los Angeles], where you can be baking in the golden sunshine and dying inside at the same time,” Bomer adds.

“They should have that in LAX in arrivals,” Butler jokes.

“‘You may be baking in the golden sunshine but you’re dying inside!’