Jay Baruchel on How To Train Your Dragon & Scotland

After ten years of playing dragon-loving viking Hiccup, Jay Baruchel says goodbye to the character with How To Train Your Dragon: Hidden World. We chat to the Canadian actor about his love of Scotland and how voice acting made him a better performer

The immensely charming Canadian actor Jay Baruchel has been a fixture on our screens – both big and small – for two decades. He was adorable as an obsessive Led Zeppelin fan in Almost Famous, broke our hearts as a plucky pugilist in Million Dollar Baby and showed his darker side in Cosmopolis for fellow Canadian David Cronenberg. He's also worked extensively with Judd Apatow on productions like TV show Undeclared and films like Knocked Up. In This is the End, where many of Team Apatow played themselves (including James Franco, Seth Rogen, Jonah Hill and Michael Cera), it was rightly acknowledged that Baruchel was the most down-to-earth and likable of the bunch.

Despite his many live action roles, Baruchel is perhaps most well known for his distinctive voice in animation franchise How To Train Your Dragon, which chronicles the unlikely friendship between a young Viking called Hiccup (voiced by Baruchel) and his trusted dragon, Toothless. Over the course of three films, we have witnessed Hiccup transform from an awkward teenager to a confident leader. The Canadian actor has played the role for over ten years, but it’s possible that Hiccup will stay with him for much longer. Baruchel called us from his home in Toronto to talk about the final installment, The Hidden World, and the difficulty of saying goodbye to a character so special to him and many fans around the world.

I’m obligated to ask you about Scotland.

You’ve said that you’re a big history nerd. Is there an aspect of Scottish history that you’re really interested in?

Take your pick! There are 2000 years of it that I find dead fascinating. The Jacobite rebellion is incredibly compelling to me. Both times I’ve been to Edinburgh I got to take a tour of the vaults, and effectively the whole underground city – so I find that very fascinating as well. I like Glasgow during the Industrial Revolution; anything to do with the Macdonalds and the last Gaelic-speaking clans. I inhale all of that, I love it.

You have a great Scottish accent in How To Train Your Dragon.

I have friends from Glasgow who said it was shit, so I really appreciate you saying that. The key is to not actually roll your Rs like Scrooge McDuck. It’s also more down to the deep connection between Scotland and Canada that goes back to the start of our country and has never stopped. Let me put it this way: there’s never been a time in my life growing up in Canada where there wasn’t at least one of my friends’ parents or one of my teachers who was from Scotland. It’s an accent you grow up hearing a lot here. I’m just happy to hear I pulled it off.

The Hidden World brings this series to a close. How do you feel now that it’s all over?

I don’t know if I’ve completely processed it, and that might be because my heavy-lifting promotion life is coming up. I suspect when that’s all said and done and I get back home to Toronto, it will all hit me then. The director of these movies [Dean DeBlois] is also Canadian, so neither of us like to make a big fuss about stuff. It was just another recording session until it ended. I think when it ended, it occured to both of us that this might be the last one.

It’s so rare for a sequel, and even more so for a third film, to be just as good as the first. With this series, its ambitions have grown bigger, the scope has gotten wider, but it still retains that spirit of the first film. I know it might feel like you’re just one cog in a big machine, but what would you attribute that to?

First and foremost, Dean DeBlois, our writer-director. He’s one of the world’s great artists and storytellers, and anything special in the movies comes from him. But I also think we have always had the backing of the studio who let the movies make bold decisions. To have a 14-year-old kid lose his leg in the climax of a kids' movie is maybe not the obvious choice – and you see stuff like that in every film in the trilogy.

I think the main reason that the films are good is because they’re honest, and they’re honest about the cost of things. Anything important is going to come with a bit of difficulty – you love, you learn to lose. Change is inherently hard, but that doesn’t mean these things are to be avoided – quite the opposite. This is what it means to be a human being, to grow up and understand these truths. That’s an uncommon message, not just in animated films but in films period.

What I love about these movies is they don’t subscribe to what I think is ultimately a negative culture of self-belief. I think the easy thing to say is: “This is about Hiccup learning to believe in himself,” but I don’t know if it’s as simple as that. Hiccup believes in stuff much bigger than himself. I’m turning 37 in April, and when I was growing up, most of the stuff I was watching was just about believing in yourself – as if self-belief was an end unto itself. I don’t think that’s positive. I think, at a certain point, you need to believe in stuff bigger than you. These are not uncomplicated ideas, especially for a kids’ movie, and yet we have embraced them and made them a part of the DNA.

The first two films are about Hiccup achieving this dream, but the third film is about him understanding that it’s not just about him. He has to accommodate more than himself.

And what the cost and merit of his “paradise” is. It’s a hard thing because it’s everything he’s been working towards, it’s the sum total of everything he believes in, and then he has to accept that it might not be the best thing. That’s a heavy decision to make. It’s an inherently mature situation to find oneself in, which shows how far Hiccup has come. For somebody that’s wanted nothing more than to have dragons live with them, to arrive at the conclusion that it’s a negative thing. That’s hard as hell.

You’ve played Hiccup for over a decade – and not just in the films, but also in the shorts and the TV series. Have you been able to let him go yet?

No, I don’t think I have. There’s no character I’ve played as long as I’ve played Hiccup. It’s like: water is wet, the sun comes up, I play Hiccup. It’s been one of these universal truths, and now it’s not anymore. I also have no reference – I’ve never said goodbye to a character this iconic that I’ve played this long. It’s a weird thing that I don’t know I’ve dealt with. All I know is I’m super proud of the work I’ve done, especially in this film.

There’s a lot of work that goes into voice acting. Do you think this experience has made you a better screen actor in the end?

Definitely. I think it forces you to be much more inventive and resourceful. You are robbed of what can be crutches: gesturing, facial expressions, posture, body language. You have one instrument, your voice, and to communicate a variety of emotions and ideas through just that is such a fun challenge.

I also find it way easier to focus in a recording booth than in front of a camera, because there are no lights and a bunch of people staring. I’m not thinking about how I look, and I don’t have to wear make-up. It’s just me, the script, my director and the character.

You finished filming your second film as a director, Random Acts of Violence, last summer. Has How To Train Your Dragon taught you anything about directing that you’ve brought into your own films?

Whether or not I can put my finger on what exactly is a different thing, but I know the answer is yes. There’s a lot of brain-picking that I’m allowed to do, and that’s a really cool thing to get face time with a director whose work I greatly admire. [Dean’s] understanding of mythology, what makes a strong story, and why people give a shit – that’s been an invaluable resource. I’ve learned so much from him. You asked me if these films have made me a better actor. It definitely has – and I like to think they’ve made me a better writer and director as well. 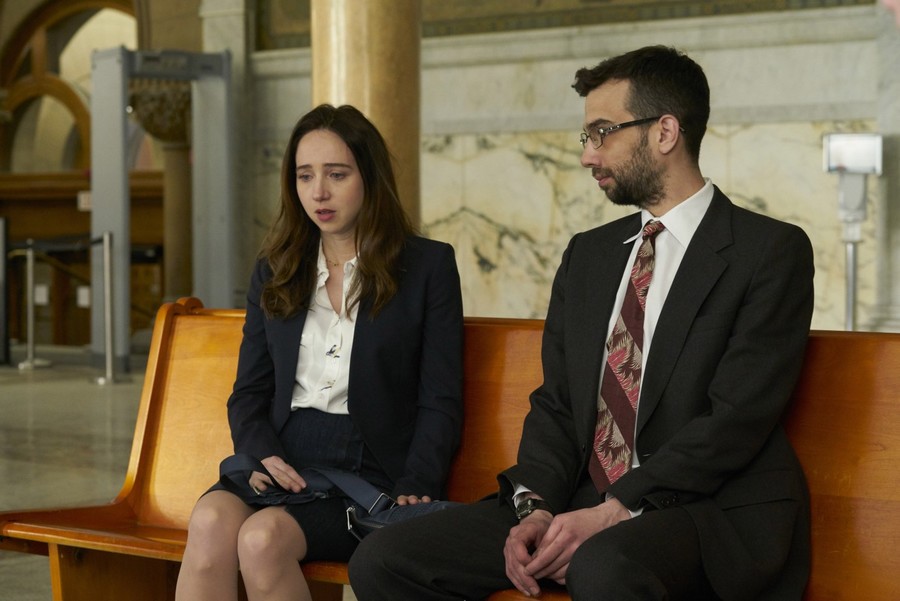 The Kindness of Strangers

Your next film, The Kindness of Strangers directed by Lone Scherfig, is opening the Berlinale this week. Can you tell us about it?

It was a blast. I’m a huge film nerd, so to be directed by one of the founders of the Dogme 95 movement was a pinnacle. I love the character I got to play and I love the actors I got to work with. We were allowed an insane amount of freedom. It’s a great combination of freedom and specificity. [Lone] knew what she wanted, but she also knew that there were holes that we could fill in. I really think it’s going to be a special film.

To me, it’s somewhere between a novel and a movie, because it’s very much about the characters, and you spend time understanding these people in a way that’s kind of rare in movies and much more likely to happen in a book. It’s kind of a mini-epic about six lonely souls who find each other in New York. It’s a big old lonely city. Also, it’s gorgeous to look at – what I’ve seen of it is just spectacular. I’m very excited to watch it.

How To Train Your Dragon: The Hidden World is in cinemas now; The Kindness of Strangers has its world premiere at the 69th Berlinale on 7 Feb