Get the lowdown on Glasgow Short Film Festival's second online edition. They tell us what they've learned after a year of digital festivals and give us some hints about this year's event, which includes dogs and dance but absolutely no Zoom-based dramas

Later this month, Glasgow Short Film Festival will become the first UK cinema event forced to go virtual for a second time as we pass the one year mark since COVID-19 began to run rampant through the UK population. The 2020 edition was due to take place 18 March, but it became clear it would be unsafe to do so; lockdown 1.0 went into force two days later.

If the festival’s dates had been a few weeks earlier, they might have slipped under the wire. When we catch up with GSFF director Matt Lloyd and co-director Sanne Jehoul to look back on a turbulent 12 months, they seem quite sanguine about having to abort at the 11th hour. “In some ways, we were lucky,” says Lloyd. “Because we had to cancel at such short notice it meant there was no question of us going straight online back then. So we were able to postponed till August and see how others did it.

“It's actually people like Alchemy [Film & Arts Festival] – who had enough time to change direction but not a lot of time – who were at the vanguard.”

While Alchemy were lying on the barbed wire so other festivals could cross over into the digital realm more easily, there were improvements being made internationally in terms of viewing platforms, including an online hub specifically for short film festivals. “We could benefit from the same technology,” says Lloyd, “but also we could see how it improved from festival to festival and how they learned from each other.”

One innovation that many festivals have adopted when they’ve moved online is a flexible video-on-demand (VOD) channel where the films are available for longer, to be watched at the viewers’ convenience, rather than live-streamed, as Alchemy did at their pioneering digital edition. “That VOD approach makes a lot of sense,” says Lloyd, “because obviously, we do consume media in a very different way at home online. But for me, it loses any kind of sense of it being a festival; it loses the impetus of getting people to actually participate and watch things at certain times.”

Jehoul agrees: “The online events I've engaged with – the ones that I've enjoyed most – have been the ones where there's been a semblance of communal experience.” She cites Document Film Festival’s opening Bottled Songs, a desktop-documentary performance from media artist Kevin B Lee, and Zia Anger’s feature-length multimedia performance My First Film, which was actually due to open GSFF back in March before its postponement. My First Film went on to be one of the moving-image highlights of the year, with Anger performing a series of sold-out live streams near the start of lockdown to cinephiles desperate for a communal cinema hit.

The upcoming GSFF will take a hybrid approach, with some elements of the programme available for the duration of the festival, while others will have a live stream followed by 48 hours on-demand. “That's something that worked well for us last year,” says Lloyd. “There was a certain amount of buzz around these sort of semi-live screenings through social media, and that's not something we wanted to let go of the second time around.”

Another festival GSFF has looked to for inspiration is Berwick Film & Arts Media Festival. “I really liked Berwick’s magazine approach this year,” says Lloyd, “with lots of essays and other media supporting the online programme – which included podcasts. And that's something that we're stealing.” GSFF’s podcast series will appear in the run-up to the festival and will be one of the ways they’re celebrating the 10th edition of the Bill Douglas Award, GSFF's annual prize for best international short. “We've reunited all the previous nine winning filmmakers with a member of each year's jury for a short conversation,” he explains.

They’ll be carrying over other elements that worked particularly well at their digital edition in August, which for our money is the virtual cinema event that has thus far best recreated the liveliness and spontaneity that makes film festivals so special. A big part of its success is that they took the kinds of conversations and goofs one would usually have in the CCA cafe or Saramago bar between screenings, and brought that online. “It was only because we were going online that we started doing things like filmmaker Instagram takeovers,” says Jehoul, “or having the two of us having a voice ourselves on Twitter where we would go through programmes. There's no reason why we couldn't have been doing that in normal times, but I think people responded to it particularly well because it just felt like you had some person around you; it felt like you were engaging with someone.” 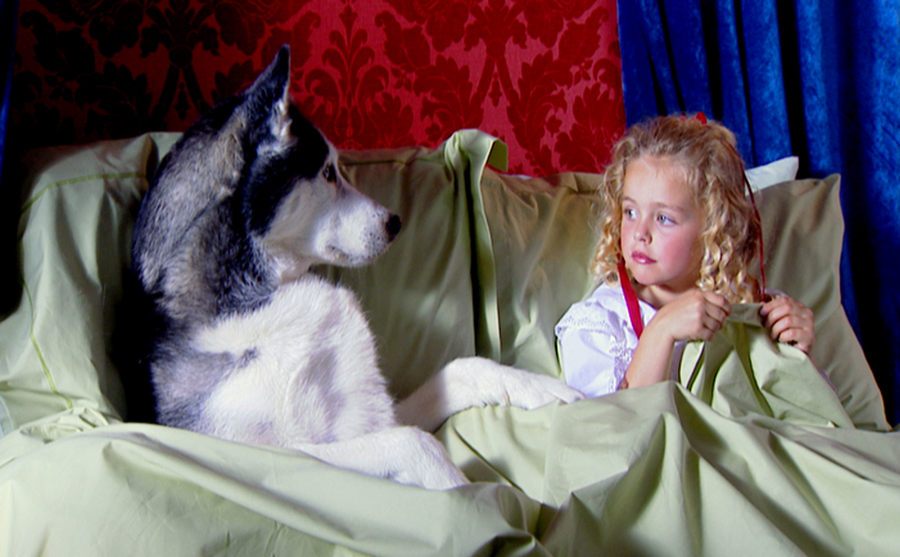 Dog of My Dreams by Roz Mortimer

One way this edition will differ from August is that it has been programmed entirely post-COVID, which means Lloyd, Jehoul and their team have been able to address the strange new world in which we find ourselves. The full programme isn’t announced until 10 March, but Lloyd and Jehoul are able to tease some highlights.

The most direct response will be Locked Down, a programme of inventive filmmaking produced under lockdown conditions. Given that short films usually operate on a shoestring and have to circumvent traditional modes of film production anyway, directors of shorts have been better placed to be more creative during quarantine than their feature filmmaker colleagues – who tend to rely upon an entourage of DPs, gaffers, boom operators etc to help realise their vision.

If you’d prefer to escape from the world of pandemic, Jehoul has co-curated something alongside critic Jessica McGoff that should be right up your alley: Big Dog Energy. “I don't even know how we got to it,” she says of her canine programme. “I think we just saw dog films in the submissions and a lot of people on the team responded to them in the way that you'd respond to cute animal feels.” Suffice to say, Amores Perros this is not. “We decided to do a programme about non-bleak dog films, which is harder than you might imagine if you want decent work. Pet therapy in cinema form is what I would call it.”

Slightly less cuddly will be Jehoul’s programme No New Normal, which digs into late-stage capitalism working structures, the absurdity of which has become particularly clear over the last year. “I didn't want to dredge up all the things that we've all gone through,” she says, “but I think there have been a lot of conversations in terms of working conditions and inequalities and control that the pandemic has amplified.” Speculative fictions, hybrid docs and interconnected themes of labour conditions, surveillance, repurposed footage and the possibility of escaping to better worlds will be the ingredients of this chewy programme.

Since lockdown began, cinema has acted as a time portal. It lets us relive life before human contact and social interaction were outlawed. GSFF will be hoping to evoke this vicarious pleasure with programme Bangers & Mosh, which is dedicated to heady late nights on the town. “We wanted to explore physical intimacy and being close to strangers and getting sweaty in a pub or a club,” says Lloyd. “There's an element of dance to it, but it's also just a programme about nightlife and messiness – and not even particularly great nights. I don’t know about you, but even just having a shitty night out is something I crave at the moment.”

We heartily concur with Lloyd that messy nights out are much missed. But we long, too, for the buzz and the chaos of a really fun IRL film festival. Jehoul is in full agreement, and for her, it’s the small connections, those five minutes of banter with a stranger before or after a screening, she covets. “I think that’s a lot of what festivals are about: you relate to each other because you're sharing something. It's those brief moments of understanding and shared joy and shared interest that I really miss.”

The Skinny is media partner for Glasgow Short Film Festival 2021