With his 'Cornetto Trilogy' done, Edgar Wright heads stateside for Baby Driver, a car chase movie powered by a killer playlist. We speak to him about stunts, his legendary director pals, and his deep love of Brian De Palma’s Phantom of the Paradise

“I was going to say I’ve not been offered a musical, but that’s not true. I think if it was the right thing and I thought I could do it well, then, yeah, of course.” British writer-director Edgar Wright is speaking to us down the phone from LA. The current topic: how his movies, particularly Scott Pilgrim vs. the World and new film Baby Driver, often take on some of the cinematic language of musicals. “The thing about it with this movie,” he continues, “is doing some of that work in a completely different genre. Baby Driver is not a musical per se, but it’s completely powered by music.”

That’s no exaggeration on Wright’s part. Baby Driver is an action movie that's scored wall-to-wall by the songs being listened to by its lead character. Ansel Elgort (The Fault in Our Stars) plays Baby, a young getaway driver with tinnitus, who drowns out the hums in his head with music that's always hooked up to his ears; Baby’s perfect playlists lend him a unique skill set when it comes to the perfect escape. The crime boss to whom Baby is indebted (played by Kevin Spacey) sees the young driver as a lucky charm he can’t just let walk away, even once the debt is paid. Cue the proverbial excrement hitting the fan as Baby tries to escape this lifestyle with waitress girlfriend, Deborah (Lily James), in tow. As Wright describes the film, it’s “a heist thriller that has funny parts, but it gets serious as the consequences of the crimes get serious.”

Baby Driver also features Jamie Foxx and Jon Hamm as heavies, while a number of musicians are peppered throughout. Flea and Sky Ferreira have key supporting parts, while the likes of Big Boi and Killer Mike have cameos. Most intriguing is a brief appearance by Paul Williams, the famed composer, songwriter and occasional actor, who played the villainous Swan in Brian De Palma’s horror rock opera Phantom of the Paradise, a noted favourite film of Wright’s. 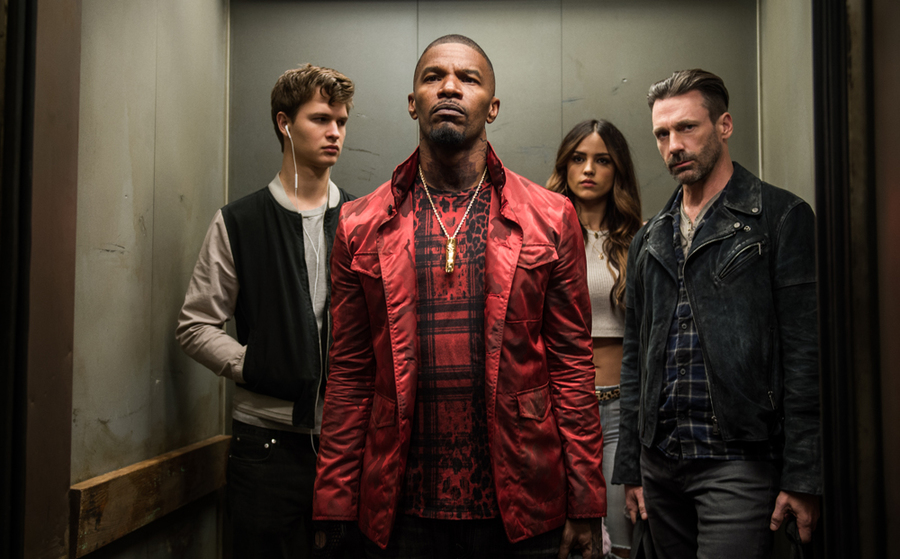 “The thing is,” Wright says of Williams, “I’m a huge Phantom and Bugsy Malone fan, but I’d say the more appropriate link to Baby Driver is that he was in the Smokey and the Bandit films as Little Enos. And those movies were also [like Baby Driver] shot in Atlanta. I’ve met Paul a number of times over the years and we’ve become good friends. A lot of the stunt guys on set were, like, oh my God, it’s Little Enos!”

The Phantom of the Paradise connection doesn't end there. “What’s funny as well, actually, is that Tom Rothman, who is the head of Sony Pictures, his wife is Jessica Harper [who co-stars in Phantom as aspiring singer Phoenix]. And in fact, when we showed Baby Driver at SxSW, Tom was at the screening and Jessica Harper came. I was very happy that at our first ever public screening, Phoenix was in the house!”

Baby Driver stands out from many of its contemporary car-centred movies – particularly coming out so soon after the CG-heavy daftness of Fast & Furious 8 – thanks to its lack of embellished effects. “There are a couple of green screen shots,” Wright says, “but 90% of the actor shots are shot on the actual streets. And I think you can really tell that in a movie. You can see it on the actors' faces – swung around corners, their hair is moving, their face is moving, and the glass is rattling. I thought the movie would really lose power unless you absolutely felt the shaking in your gut.”

Though Hot Fuzz had a notable car chase sequence, Wright still sought some advice for Baby Driver from friends. And if you're pals with Walter Hill, one of the greatest action filmmakers of all time, and the director responsible for a car chase classic like The Driver, of course you'd pick his brain. “I’ve known Walter for the last seven years. I’m a big fan of his and he’s a real hero of mine. He appears in the movie playing the voice of a courtroom interpreter, so you hear his voice towards the end of the movie and that was very important to me – to have his sort of spiritual blessing.” 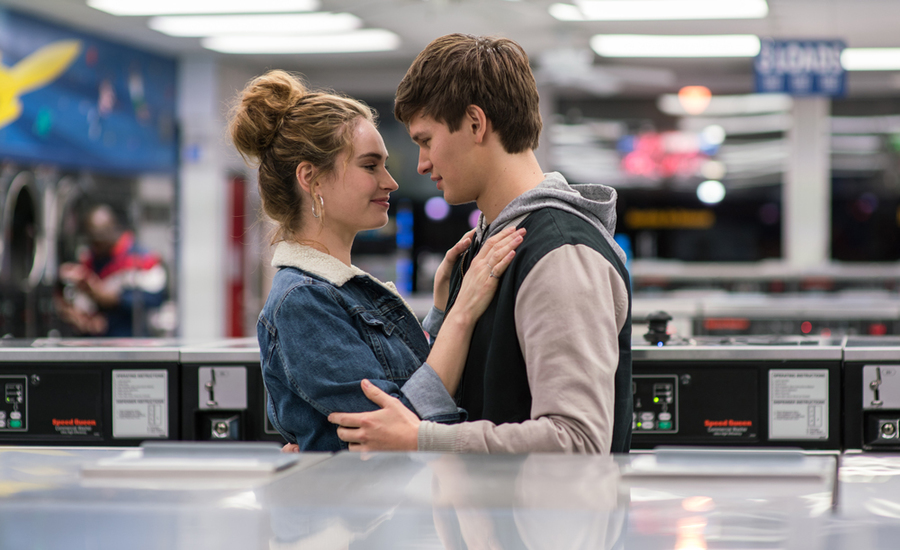 Hill wasn't the only filmmaker with a classic car movie under their belt Wright could call on for guidance. “I remember talking to George Miller [Mad Max] and Quentin Tarantino as well, about how he shot the Death Proof chase scene. Ron Howard I remember talking to, because he’d just done Rush and I thought the driving stuff in that was really good. Frank Marshall, as well, because he’d been a producer on The Driver and the Bourne series.”

The crew Wright assembled to help make the film also brought a wealth of knowledge. “Our amazing stunt team, their credits are long and they’d worked on the Bourne films, Mission: Impossible, Fast & Furious, Drive and John Wick. The other one is Bill Pope, our DP. He shot The Matrix Reloaded car chase, which I think everybody can agree is the greatest part of that movie.”

We don’t ask if Wright has Michael Mann on speed dial, but there’s one thrilling set-piece in Baby Driver that’s reminiscent of Heat’s centrepiece shootout, in which Baby and company have to flee on foot rather than on wheels. “It’s probably my favourite bit in the movie,” Wright says. “The studio was always saying to me, do you really need this foot chase sequence? And I literally said this’ll end up being people’s favourite bit in the movie.” Key to the scene's success, says Wright, is his strapping young star. “Ansel is like 6'3", a very physical actor, and I like the idea of him doing most of the film sitting down and then suddenly, boom, a burst of life and physicality and escape.

“At that point in the movie, Baby is somebody whose entire existence within his job is about pre-planning and this almost precognition of how things are gonna go down, and working his way out of scrapes. And then he himself, not giving too much away, torpedoes a job and then it’s up to him to pull off a completely different kind of getaway. I think, actually, a couple of days of the foot chase I ended up paying for out of my own fee because they were days that people wanted to cut from the schedule. I eventually said, I’m gonna pay to keep them. It was really important to me. I’m really proud of that sequence.”

As our call wraps up, we ask Wright about his musical preferences, aside from Bellbottoms, by Jon Spencer Blues Explosion, which he tells us featured in his very first thoughts of Baby Driver's concept over 20 years ago, and which plays over the finished film’s opening sequence. In Baby Driver, Deborah suggests Baby is lucky for having so many songs with his name in the title. Of that group, our own favourite is Prince’s Baby I’m a Star, but what’s Wright’s?

“Oh, that’s such a good question! Let me look, I’m gonna cheat and look at my iTunes right now.” After maybe 30 seconds of fumbling (“I’ll go strictly on plays alone, I’m cheating myself by looking at what is the highest play count on these things”), we get our answer: “I’ll pick one from the movie and one not from the movie. One from the movie that’s pretty great is Baby, Let Me Take You (In My Arms) by The Detroit Emeralds, which is on the soundtrack. And then in terms of not in the movie, what about Baby, Please Don’t Go by Them.” And with that closer, it’s Bye Bye Baby.