For UK cinephiles, one of the discoveries of the year has been seeing John Paizs' Crime Wave on its recent wave of UK screenings. We speak to Paizs about the making of this unsung comic masterpiece

A movie’s longevity is rarely guaranteed. Even films that achieve a degree of popularity and acclaim on their initial release can find themselves out of circulation and out of mind only a few years later. The lost property box of cinema history is vast, and not all films deserve to be found, but thankfully intrepid programmers continue to dive in to unearth the truly special films that have slipped through the cracks. One such example of cinema resurrection this year, for UK filmgoers at least, has been the discovery of John Paizs’ Crime Wave, a bizarre Canadian comedy about a young man named Steven Penny (played by Paizs) who hopes one day to write "the greatest colour crime movie ever". Steven’s problem, however, is he can only write beginnings and ends to these pulpy stories; the middle sections elude him.

Crime Wave received its UK premiere at Glasgow Film Festival in February earlier this year, 32 years after its release in 1985. Since then, the film has went on to screen in several cities throughout the country, receiving rapturous feedback. It’s easy to see why. Crime Wave is Paizs' debut feature, but his style seems to have arrived fully formed and is utterly distinct. It’s a vivid, joyful film full of invention, with each frame fit to burst with detail and absurdist gags. Sean Welsh of Matchbox Cineclub, who programmed the film at Glasgow Film Festival and been instrumental in its mini tour of the UK, dubbed it “Tex Avery splatter”. It’s a perceptive description, as Paizs’ first love was animation.

“As a very young teen I was obsessed with Walt Disney,” the 60-year-old filmmaker recalls by email when we reach out to him ahead of Crime Wave’s final UK screening of the year at HOME in Manchester. “I used to ride the bus downtown to the main library in Winnipeg and read everything I could find on him, including what was on microfilm.” Before long, Paizs was fashioning his own Disney-inspired animations on Super 8 and 16mm, with his animated short The Dreamer celebrated when it screened at London Film Festival in 1978. But the form has its drawbacks. “I was frustrated by how labour intensive animation was, how very long you had to work to produce a film with a relatively very short running time. So this is when I switched over completely to live action filmmaking.”

This move to live action doesn't mean Paizs’ filmmaking lost any of its formal rigor. Crime Wave may be made on a shoestring, with a sticky-back plastic aesthetic to the production design and performances from non-professional actors that have an endearing, “let’s put on a show” feel, but this is contrasted by precise framing and lighting. Paizs puts his fastidious aesthetic down to two things. First, an obsession with Stanley Kubrick. “I took [Kubrick’s] locked down shots to an extreme,” he explains, “making virtually all my shots locked down. And I lit with hard light for a high contrast look that saturated the colours and made them pop. This in emulation of the old Technicolor films, which I loved the look of.” 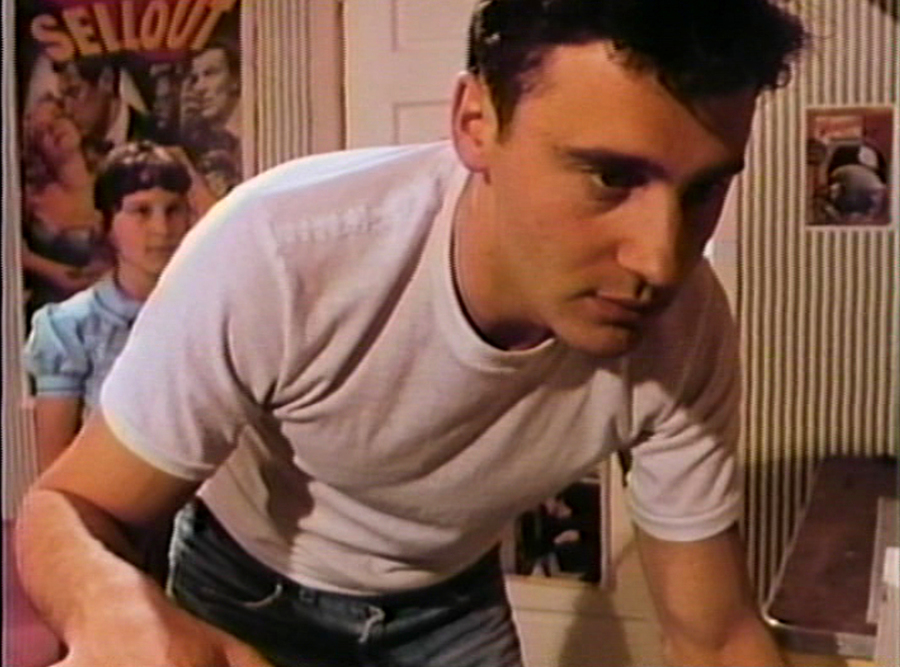 He also storyboards everything. “I followed [these storyboards] exactly," says Paizs, "so the precision was very built-in, and was a very Hitchcockian approach.” What makes the precision of the filmmaking even more impressive is that Crime Wave was shot piecemeal. “[The production] was spread out over roughly eighteen months of shooting on weekends, because everybody had either their jobs or school during the week. And that’s how I was able to afford to make the film on almost no money.”

Despite the limits of the budget, the film is full of cock-a-hoop invention. The ecstatic vision of Crime Wave is all Paizs’ own, but he wears his cocktail of influences on his sleeve. Silent masters like Jacques Tati and Buster Keaton (Steven Penny's face remains as deadpan and silent as the latter throughout) are clear inspirations, and Paizs also points to educational and instructional films from the 40s and 50s as well as 50s sitcoms. The key influence, however, would be some little-seen movie trailers a friend pointed him towards. ‘[It] was this bunch of movie trailers for these very obscure 50s crime melodramas an animator friend of mine had collected on 16mm, and which he had shown me one night,” recalls Paizs. “These trailers were in what I remember as being a very hyperkinetic style, really crazy stuff, and they were actually the direct inspiration for all of Steven Penny’s beginnings and endings for Crime Wave.”

This is what we’re yet to mention. Crime Wave is full of films within the film. We see the crazy alpha and omega of Penny’s “colour crime” stories play out in their Technicolor glory, including tales of a homicidal Elvis impersonator, the Bonnie and Clyde of door-to-door cosmetics sales and an unhinged self-help guru. While the tone in the scenes with Steven working through his writer's block in a Winnipeg suburb are delightfully deadpan, Crime Wave’s loopy humour really lets loose in these lurid little comic thrillers within the film.

Crime Wave was undoubtedly ahead of its time. Paizs’ post-modern sense of humour and cinematic referencing would have felt mint fresh in 1985, but since then this has become the prevailing style of much of American indie cinema. It’s easy to imagine Crime Wave’s deadpan zaniness and comic framing rubbing off on filmmakers like Hal Hartley, Wes Anderson and the Coen Brothers as they were starting their own careers, if they had perchance managed to see the film that is.

“I can’t say about Hartley or Anderson,” says Paizs. “The film had almost no exposure in the US outside of its home video release there (as The Big Crimewave). But the Coen brothers... they were sent Crime Wave very early on by my distributors to see if they might have any suggestions for a recut of the film or whatever. The Coens had recently made a big splash with their debut feature Blood Simple and presumably my distributors thought they might ‘get’ Crime Wave.”

Paizs didn’t get any feedback from his distributor or the Coens, but he seems to have his suspicions that they did get a kick out of Crime Wave, along with a few ideas. “What I do know is that about five years after, they came out with their own postmodern writer’s block dark comedy, which even had its own made-up movie genre, the wrestling picture. And of course I’m talking about Barton Fink.”

Does he think they might have consciously copied from Crime Wave? “Not necessarily,” he says. “I think it happens all the time that people take directly from others without actually being aware of it — the source is just kinda buried there in the mind, or minds. But anyway, there you have it, there’s that possibility, I suppose. And another film of theirs, The Hudsucker Proxy, there were a couple of scenes in that one involving take-offs on 50s industrial films and whatnot where I could’ve almost sworn I was watching one of my own from ten years before! So, yeah. Well, anyway…”

While we can’t be sure how Crime Wave influenced future cinema outwith Canada, it certainly had an impact within his home nation, and particularly among his circle of friends and peers, who include The Forbidden Room director Guy Maddin. “Yes, I think to a great extent we share a sensibility," Paizs says of his fellow Winnipegian filmmaker. "Though in terms of the sense of humour, I’m not sure it was a geographical thing, really. I tend to think it was more like the two of us, and the others who were in our little cinematic bande a part, that included George Toles and Greg Klymkiw, and that existed through a good chunk of the 80s.”

Paizs also went on to work with one of Canada’s finest comic exports of the 1990s: cult sketch show Kids in the Hall. “Bruce McCulloch (and the other Kids) really dug Crime Wave, and wanted to see whether my style might mesh with theirs in some of their sketches.”  Paizs’ directing style particularly chimed with The Kids’ Mr. Heavyfoot character; a riff on Tati’s Monsieur Hulot, these sketches saw Dave Foley play a French man with incredibly (and inexplicably) heavy feet. 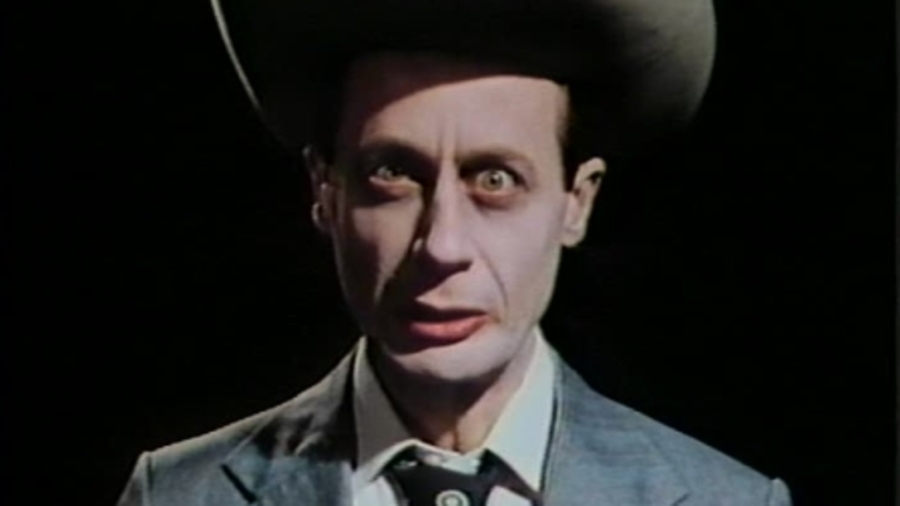 Indie cinema may have moved closer to the comic style we see in Crime Wave over the decades, but the film still feels zesty and fresh today. Perhaps what makes it so winning is that it’s a jubilant celebration of the transformative power of the imagination, and it’s thrilling to see the enthusiastic response it’s been receiving on Twitter from people who’ve attended its recent UK screenings. While the film is still known in Canada, this mini-revival across the pond has clearly delighted Paizs.

“I’m pretty much just continuing to pinch myself,” he says. “Here it is, over 30 years since I made the film, and it’s a comedy no less, which often has a much shorter shelf life than other types of films, and wow, I’m just really blown away. It feels unreal.”

Crime Wave screens at HOME, Manchester on 18 Dec from its 2K restoration digital print; the film is available to stream of Amazon Prime, although from an inferior print