Meet Daniela Vega, the trans star of A Fantastic Woman

Gloria director Sebastián Lelio returns with A Fantastic Woman, the story of a young trans woman under suspicion from authorities and her older partner's family after tragedy strikes. We speak to its Chilean star, Daniela Vega, about her first lead role

A recurring issue when it comes to representation in cinema is allowing characters from certain minority groups to actually be played by actors from those groups. When it comes to stories concerning trans women, it’s still often the case that cis men will be cast – think Eddie Redmayne being called upon to play the historically major trans figure Lili Elbe in The Danish Girl. In the case of Jared Leto in Dallas Buyers Club, an additional insult came from the star’s obliviousness in discussing his role as a trans woman that, disappointingly, got him an Oscar.

When Hollywood power players do comment on the lack of appropriate casting for particular groups, one common excuse is that there aren’t any or enough prominent performers from those groups with whom they can get films financed. This ignores the point that you can’t make movie stars out of, say, trans women unless you give them that chance. Over in Chile, that’s just what director Sebastián Lelio (2013’s Gloria) has gone and done with A Fantastic Woman, which features newcomer Daniela Vega, a 28-year-old Chilean actor and singer, in the lead role as a trans woman character.

Vega has just one prior supporting part credit on her IMDb page, so Lelio’s film is effectively her debut. And according to the actor, with whom The Skinny sat down ahead of the movie’s UK premiere at the London Film Festival, the director sought her out for the part. 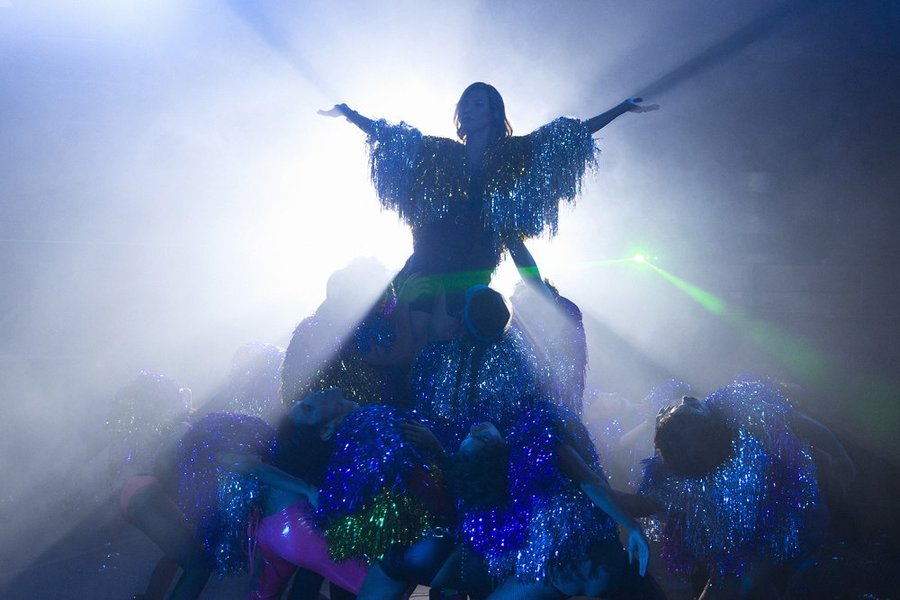 “I didn’t have to audition,” she tells us through a translator. “The director wrote the film for me. Along the way, there were things that were changed and were added once I was involved with the project because he was doing the research before completing the script.”

In the film, Vega plays Marina, a waitress and aspiring singer. Her cis partner, Orlando, is 20 years her senior and left his wife to commit to their relationship. After celebrating her birthday one evening, Orlando suddenly falls gravely ill and – spoiler alert, although it happens in the first 15 minutes – passes away not long after arriving at hospital. Instead of being able to grieve properly, Marina is treated with varying degrees of suspicion. Orlando’s brother is respectful of her, albeit clumsily, but the ex-wife forbids her from attending the funeral, hurling transphobic comments her way, while the son of the family threatens to throw Marina out of the flat she shared with Orlando. Meanwhile, a detective investigates Marina to see if she was involved in Orlando’s death, based on injuries he sustained in a fall on the way to the hospital.

A character study by way of a thriller in some respects, Vega tells us “we saw films by John Cassavetes and Louis Malle” as part of the research for the film’s tone. Regarding the title, Vega sees it as less of a character assessment and more a comment on the story’s occasional bursts of magical realism, which include the late Orlando appearing to Marina: “I think the title is referring to her being a woman that has a fantasy. She’s fantastic because she can fly, she can go against the wind as well if she wants to.”

Cinematic flights of fancy seem to appeal to Vega, as she says that Pedro Almodóvar is a director with whom she'd like to work, for the reasons that his films “do have a magic realism that is very interesting; that he works, basically, just with women; his stories are very entertaining; and that his aesthetic is very original.”

As our short time wraps up, Vega summarises what she would most like people to take away from the film, and what’s been most special about the project: “I would love them to believe in the human being, and to understand that diversity is everything for the human race. The beauty of acting is that it’s a collective project. And the most beautiful thing for me about making film is that everything depends on everybody else.”

A Fantastic Woman is released 2 Mar by Curzon Artificial Eye