After 30 years, Heathers is still oh so very. Ahead of its re-release in the UK, we speak to the film's director, Michael Lehmann, about what makes his caustic teen comedy so special

Heathers is vicious. Three decades on from its theatrical release, its barbed take on high school life hasn’t mellowed in the slightest. Iconic lines like “Did you have a brain tumour for breakfast?” and “Well fuck me gently with a chainsaw” still sting despite their ubiquity in pop culture parlance, and its take on the cruelty of high schools and their marauding packs of teen cliques continues to be potent. It’s a film where our heroine gets away with murder – literally – and our romantic male lead is introduced brandishing a gun and ends the film with explosives strapped to his chest. The glib manner in which subjects such as suicide, bulimia, and drug use are introduced into the plot is genuinely shocking in our more enlightened age. Heathers imitators like Mean Girls and Thoroughbreds can’t hold a candle to the 1988 film’s casually caustic mood.

The script would never get greenlit today, but the original film itself is getting a major rerelease this month, with a mint fresh digital print doing the rounds in cities throughout the UK from 10 August. For those yet to worship at the altar of Heathers, the film centres on Winona Ryder as Veronica Sawyer, a high school teen who’s a member of her school’s most powerful clique alongside three girls called Heather. And she hates them, as revealed in the diatribes she writes in her diary each night while wearing a spiffing monocle. When Veronica starts dating Christian Slater’s JD, the nihilistic new kid in school, the pair begin a murder spree, taking out the most odious of their popular classmates. As she writes in her diary: “my teen-angst bullshit has a body count.”

Heathers’ director, Michael Lehmann, last watch the film around five years ago, and he admits to having mixed feelings about his directorial debut. “I expected to feel this way, but I was struck by how dated certain aspects of the movie were,” Lehmann tells us down the phone from a New York hotel. And he’s not just talking about the eye-watering 80s fashion. In one sequence, Veronica and JD shoot a pair of sleazy jocks and cover up the murder by making it look like they were closeted gay lovers in a suicide pact. Despite the film’s breezy satirical attitude, this sequence, and the following funeral in which one of the boy’s fathers sobs “I love my dead gay son!” over the casket reeks of homophobia. Similarly distasteful is the film’s casual attitude to sexual assault, with two out of three of the Heathers victims of date rape. 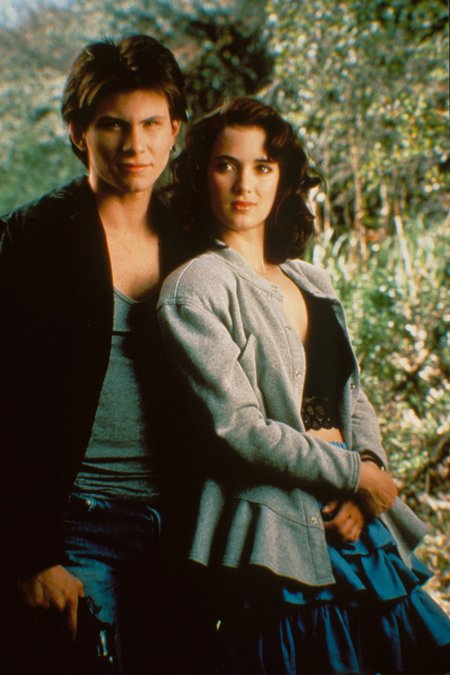 Other elements, however, feel laundry fresh. “Many of the issues that it deals with and a lot of satire that's in there is entirely relevant today,” agrees Lehmann. “It's not just the violence in schools or teenage suicide, both of which are still hot-button issues and certainly gun violence in American high schools is a huge issue. But what's interesting to me more in a way is the theme of bullying and privilege, and the dominance in the social scene by these well to do people. They happened to be females in the movie, but in some ways, I look at the Trump administration, and I think that this is a government run by Heathers.”

Do you think the kids in the movie would have those red “Make America Great” caps, then? “Oh yeah, for sure. They would be wearing those hats while they killed people.”

It turns out Winona Ryder has been pretty prescient with regards linking Heathers’ story of teen-angst to the world of politics. “Winona kept saying to Dan [Waters, Heathers' writer] and me, ‘you know, we could do a sequel,” and Dan and I would just chuckle and go, ‘Well, OK, we just don't really know. I'm always very suspicious of sequels anyway, but Heathers seems very self-contained. How do you do a sequel to it?”

‘Ivanka Trump would be Heather number one’

Ryder did have a suggestion, and in retrospect, Lehmann realises it was a doozy. “At one point Winona said, ‘Let's do a Heathers sequel where everybody has grown up and they're now living and working in Washington DC.’ At the time I thought it was an amusing idea but probably not really anything we can work with. And now I feel like, ‘Oh, she was way ahead of her time. That would be perfect.’ It would be the exact way to do it now, and, you know, Ivanka Trump would be Heather number one.”

If one thing is certain: any talk of Heathers 2 should involve Ryder. Her cool charm certainly helps Heathers nastiness go down more easily. It’s hard to imagine anyone else in the role, but there were plenty of young actors vying for the part of Veronica ahead of her. The movie was produced by Roger Corman’s old studio New World Pictures, who wanted Justine Bateman, the star of 80s sitcom Family Ties, to play Veronica; Waters had rising-star Jennifer Connelly in mind. Lehmann, however, was always keen on Ryder, as he explains:

“First of all, she has this combination of charisma and vulnerability. She had the sort of vulnerability of an actual teenage girl, but also the self-assurance of someone who was as intelligent as she was. Those qualities combined in a way that made me think, ‘Well, you can put her in the situation where she's actually committing murders and doing all these things that could turn an audience off, but instead she sucks you in because she could play the more complex and emotional elements of the character.’ You can see it in person, too, but when you point a camera [at Winona], you can really see these qualities.”

Ryder’s agent was one of these naysayers and wasn’t too happy about his client’s decision. “I think Winona’s agent probably had an idea that Winona would be doing the kinds of things that she went on to do, like The Age of Innocence or Little Women, you know, bigger budget movies of higher quality, so I'm sure he was worried that doing a film like Heathers could derail the start of her career.” It did anything but. Three decades later it’s still her most iconic role. 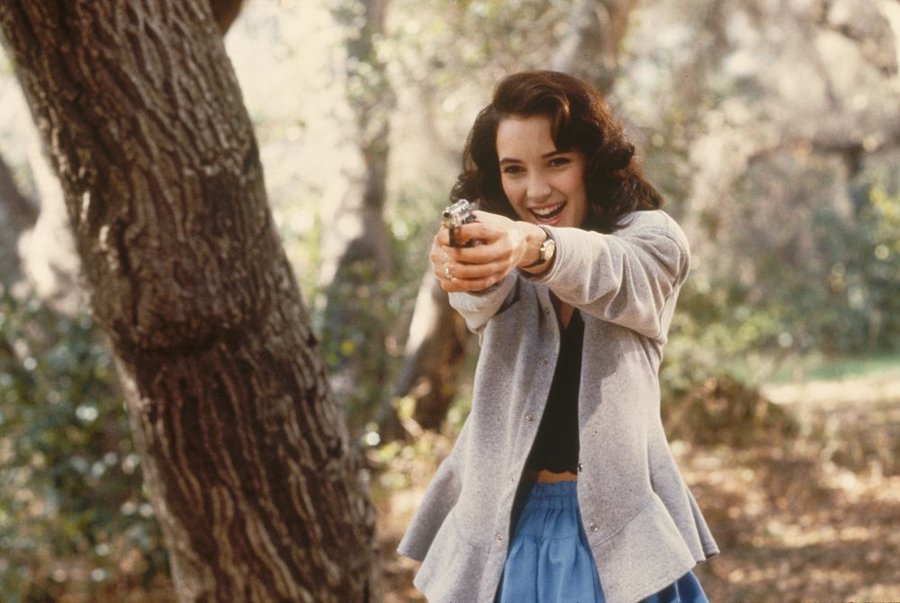 Another element that makes Heather’s pop three decades later is that it literally pops – visually. From its opening dream sequence in which Veronica is buried up to her neck on a croquet court, with each Heather taking turns to smack her with their colour-coordinated croquet balls, to Lennman’s fondness for surprising camera angles and the expressive costumes and art direction, Heathers’ is a striking-looking picture. “I remember at the time as a young filmmaker," Lehmann recalls, "I felt like it was ridiculous that when so many people made comedies, they would just put the camera back away from the action, light the set as brightly as they could and let the action play out without using the grammar of cinema to tell their stories. I didn't want to make Heathers so stylised it took away from the actual satire of the movie, but I wanted to be able to use stylistic elements to enhance it.”

Filmmakers like Stanley Kubrick and Roman Polanski were Lehmann’s chief influences stylistically, he says. He certainly wasn’t inspired by the other teen movies that dominated 80s cinema, whether it be the crass sex comedies of Porky’s and Revenge of the Nerds or the touchy-feely John Hughes comedies like Pretty in Pink and The Breakfast Club, whom Veronica and JD would have had for breakfast. “Daniel and myself, we liked John Hughes movies. We didn't think that they were bad; we thought they were really funny. But they presented a very kind of happy and nostalgic view of high school, even in when they were critical. Aside from the fact that John Hughes had a great sense of rock and roll and a very rebellious sense of humour, he still had a kind of a wholesomeness in his work and our sensibilities were much darker. We felt that the John Hughes movies didn't touch on the elements of high school that we thought were the most interesting, which is when things were mean-spirited and violent and emotionally complicated – this was more interesting to us.”

It’s more interesting to us too. Three decades on, Heathers is still so very.

Heathers is re-released back in cinemas from 10 Aug by Arrow Films and heads to Digital & On Demand 20 Aug. Find Heathers screening at the following Scottish venues: