The Best Film Events in Scotland in November

The Scottish film events you should make time for this month; from festivals celebrating French, German, Cuban and Korean cinema, to a month-long season of film noir double bills

Filmhouse really have a treat for you this Autumn, with five successive weekend double bills of great film noirs on the horizon. The season kicked off with a couple of Fritz Langs – The Big Heat and Scarlet Street (on 35mm) – that are followed by a pair of Bogies (Humphry Bogart in The Maltese Falcon and In a Lonely Place). The season also pairs Jacques Tourneur’s exquisite Out of the Past (on 35mm) with the rare UK-set noir Night and the City, and Burt Lancaster vehicle Criss Cross with one of Hitchcock’s few noir entries, Saboteur. Noirvember comes to a close with two masterpieces from 1944: Billy Wilder’s Double Indemnity and Otto Preminger’s Laura. 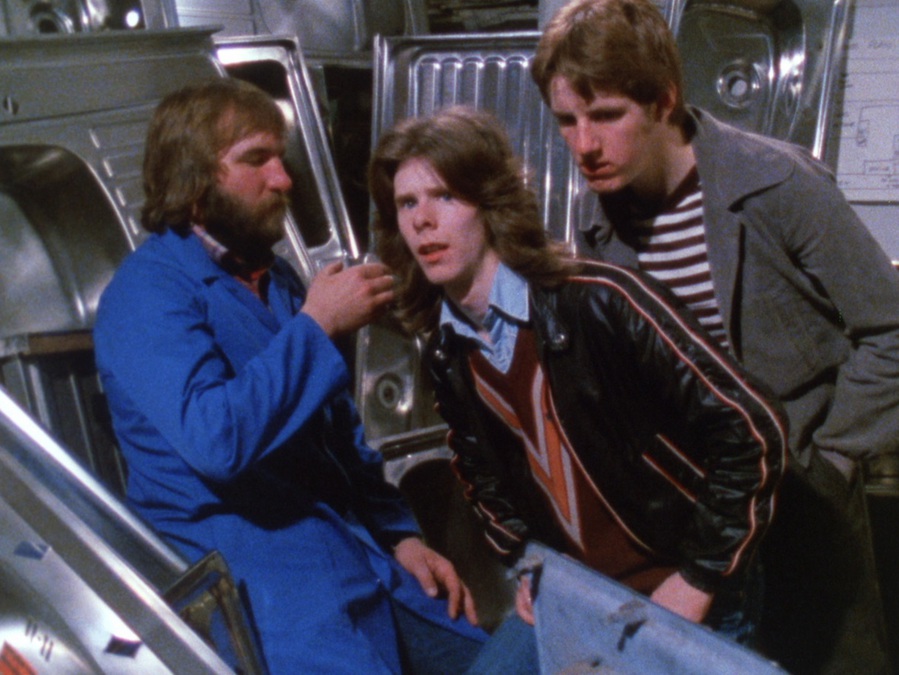 Before Local Hero, before Gregory’s Girl and before Homecoming, Bill Forsyth made this scrappy gem about a group of skint teens who come up with a hairbrained scheme to rob a local warehouse containing stainless steel sinks. Shot on 16mm for a budget so low it couldn’t even be described as shoestring, That Sinking Feeling is bursting with Forsyth’s trademark mix of absurdity and humanism, and its theme of youth unemployment in postindustrial Glasgow is, sadly, as relevant as ever.

Forsyth, one of Scotland's greatest ever filmmakers, will be giving a rare Q&A after this 40th-anniversary screening, which is the opening film of a wider programme of film, workshop, panel discussion and networking events that make up the FANS Youth Film Festival.

This month the mighty All Night Horror Madness returns with its best lineup in ages. First up there’s ANHM-fave Stuart Gordon with From Beyond – his gooey follow-up to Re-Animator. A wildly lurid take on HP Lovecraft, the film concerns a demented scientist (Jeffrey Combs) who makes a connection to a dimension “from beyond”, which happens to be home to an assortment of horrible creatures. Next, there’s brutal rape-revenge flick MS.45 from Abel Ferrara, with Zoe Lund hypnotic as the film’s avenging angel.

Daft 80s slasher Death Spa should prove a palette cleanser to Ferrara’s dark New York nightmare, and should also wake up any fans who are flagging. Similarly trashy is British science fiction horror and shameless Alien rip-off Xtro, and the night comes to a close with a bonafide masterpiece: John Carpenter’s fat-free siege thriller Assault on Precinct 13, which is one park Night of the Living Dead, one part Rio Bravo. From Beyond and Assault... screen from 35mm.

The French Film Festival is back for its 27th year to once again show off the ridiculous strength in depth of cinema from across the Channel. Among the big name highlights are new films from Céline Sciamma (Portrait of a Lady on Fire), Bruno Dumont (Jeannette: the Childhood of Joan of Arc and Joan of Arc), Christophe Honoré (On a Magical Night), Arnaud Desplechin (Oh Mercy), André Téchiné (Farewell to the Night) and the Dardenne brothers (Young Ahmed). Read our highlights here.

1 Nov-15 Dec in various cities across the UK, including Edinburgh and Glasgow – more info here

Howard Hawks is one of those great Hollywood system directors who could turn his hand to any genre, but with each film still feeling personal. This nifty season at GFT includes some of Hawk’s less well-known films, including the must-see Ball of Fire, the director's delightful riff on Snow White and the Seven Dwarfs, which sees Barbara Stanwyck’s showgirl move in with seven stuffy professors, played by the likes of Gary Cooper and Dana Andrews. Genius writing team Billy Wilder and Charles Brackett were behind the script. This rare screening is also on 35mm – don’t miss it.

Also playing in the season are Hawks’ take on the gangster movie (Scarface), the screwball comedy (Monkey Business), the musical (Gentlemen Prefer Blondes), the western (Rio Bravo) and the hangout action movie (Only Angels Have Wings). 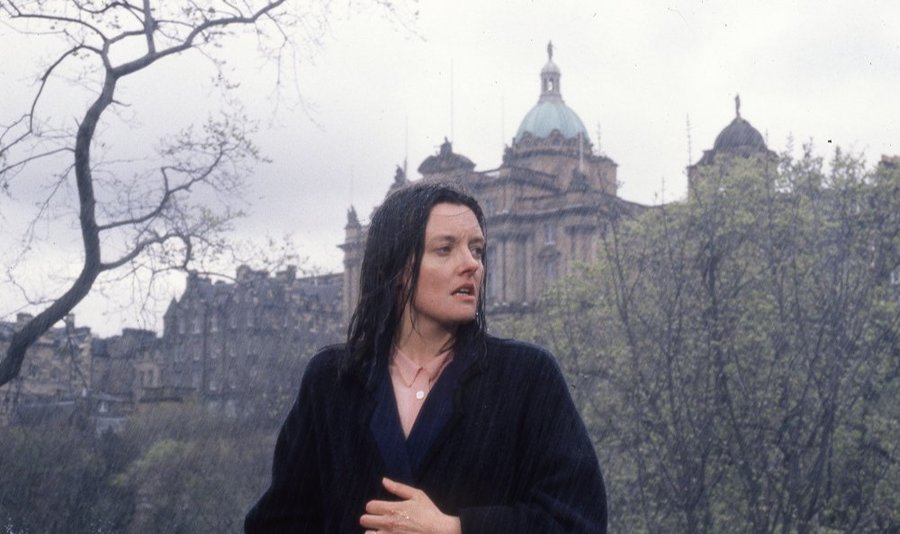 One of the joys of the last 12 months in Scottish cinema has been the opportunities to appreciate the genius of Margaret Tait thanks to Margaret Tait 100. The year-long celebrations come to a close this month with a special screening at the Filmhouse of Tait’s only feature-length work, Blue Black Permanent, to mark her birthday.

Blue Black Permanent is a deeply moving, poetic film that skips from 90s Edinburgh and the life of a middle-class artist (played by Celia Imrie) to decades earlier, to the life of the artist’s free-spirited mother (played by Gerda Stevenson), who seems to have a dangerous affinity with the wild sea that batters the shores of her home in Orkney.

Stevenson will introduce the film, which will be followed by a post-screening discussion with Stevenson, the film’s composer John Gray and Sarah Neely, the director of Margaret Tait 100.

Fokus is back this autumn to showcase the best of German cinema. The festival kicks off with a doc celebrating 100 Year of Bauhaus and there’s another documentary concerned with the cinema made during National Socialist rule (Hitler’s Hollywood). Of the narrative dramas, look out for Styx, Wolfgang Fischer’s knockout refugee allegory, and The Most Beautiful Couple, which sees a young couple getting revenge on the person who attacked them on holiday two years earlier.

21 Nov-28 Nov, Filmhouse, Edinburgh (and then touring to other cities across Scotland) – more info here

This year, the Havana Film Festival in Glasgow are paying tribute to pioneering Cuban filmmaker Tomás Gutiérrez Alea. The festival will be screening three of Alea’s films from across his career: his 60s black comedy Death of a Bureaucrat, 80s satire Up to a Certain Point and probably his most beloved film, 1993's Strawberry and Chocolate which tells the story of the romance that forms between a macho communist and a cultured gay man who's an ardent critic of Castro.

Hong Sangsoo fans are in for a treat this month, with his 2017 film Grass finally making its way to Scotland via the London Korean Film Festival, which brings a selection of films to Edinburgh and Glasgow.

Grass’s simple setup is a young woman sits in a small cafe typing on her laptop as she eavesdrops on various dramas that are going on around her. “With a disturbing simplicity, Hong maps a passing vortex of pain onto bare and banal places and, in the process, rescues it from oblivion,” was Richard Brody’s take on the film.

There are plenty of other films on the menu too if Hong isn’t your bag.