The best film events in Scotland in April

The ten big screen movie happenings you should make time for this month, from a Wes Anderson season at GFT to a primer for Spielberg's Ready Player One at Cameo 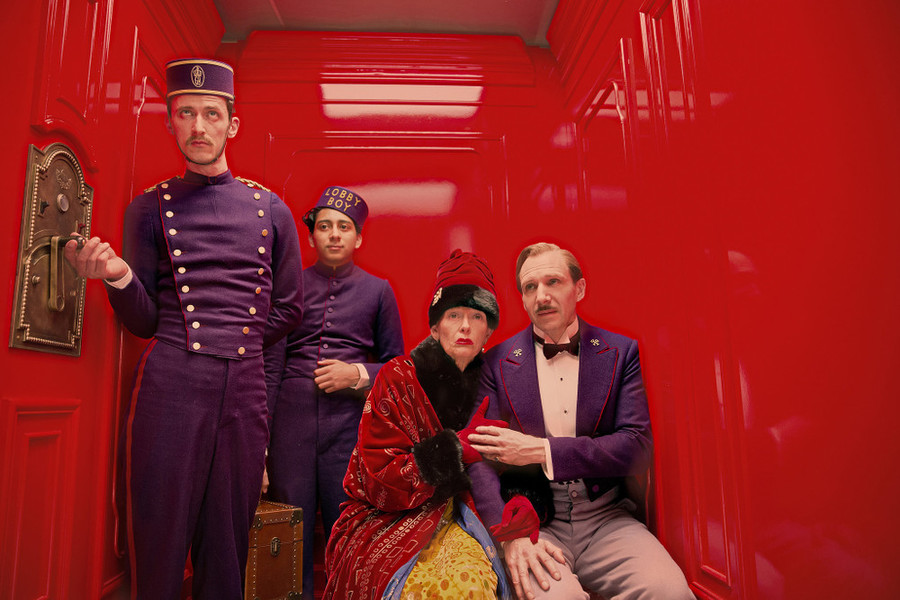 Five of Anderson’s nine features screen at GFT this month, from his breakthrough, melancholic teen comedy Rushmore (10 Apr), to the gorgeously assembled The Grand Budapest Hotel (1 May), a dizzying mix of frothy comedy, political hijinks, prison escape thriller and historical epic all rolled into one. 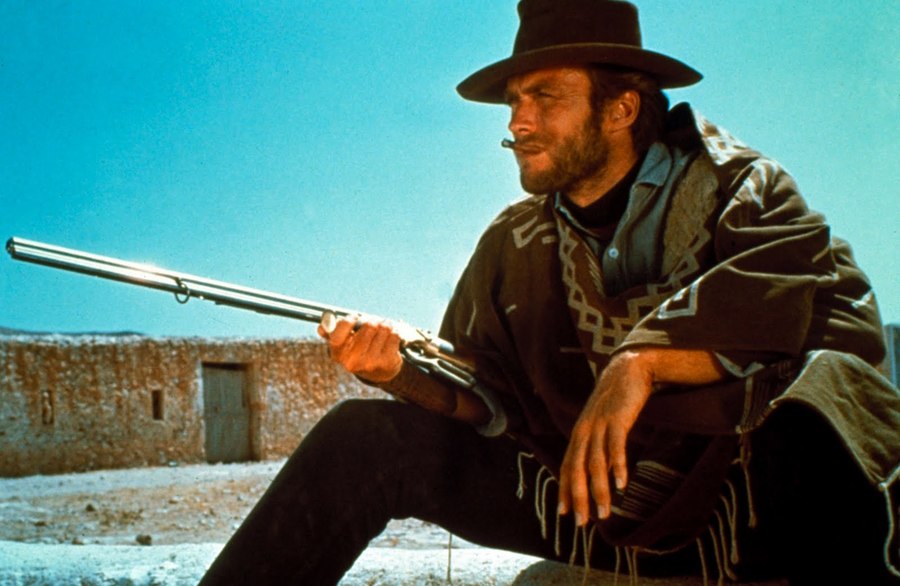 Clint Eastwood in For a Few Dollars More

It’s debatable whether Sergio Leone created the spaghetti western, but he certainly fixed our idea of what the spaghetti western looked and sounded like with his flinty, funny and utterly cynical A Fistful of Dollars. Borrowing liberally (and unofficially) from Akira Kurosawa's samurai flick Yojimbo, Leone’s film set in motion a whole industry while also making an icon out of its star, Clint Eastwood.

Leone went on to make two sequels (For a Few Dollars More and The Good, the Bad & the Ugly), each one better than the last, and all three are playing in one unmissable 'Dollars Trilogy' screening at Filmhouse on Sunday 29 April. This triple bill forms the heart of the Edinburgh cinema’s Sergio Leone season, which sees all seven of his features screening in April and May.

In addition to the 'Man with No Name' films, there’s the little screened Euro sword-and-sandals flick The Colossus of Rhodes, Leone’s first credited feature and an essential watch for Leone completists. More familiar should be Leone’s masterpiece Once Upon a Time in the West and his epic swan song Once Upon a Time in America, two films that need to be seen on the biggest screen possible. We’d also urge you to make room for the runt of Leone’s westerns, his messy but endearing A Fistful of Dynamite aka Once Upon a Time… the Revolution aka Duck, You Sucker! 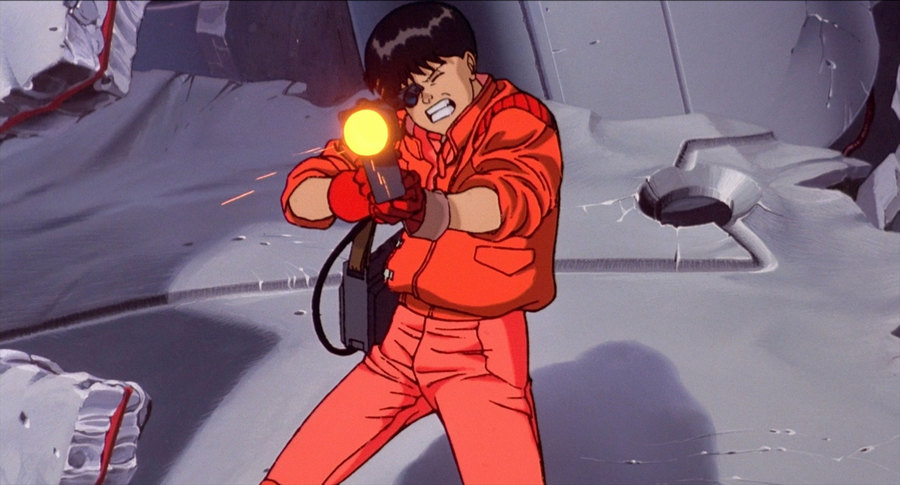 Steven Spielberg’s adaptation of Ernest Cline’s 80s nostalgia trip Ready Player One is the ultimate fanboy movie, but it’s also a delirious bit of pop filmmaking, the likes of which we haven’t seen from Spielberg for a while. It tells the story about a gamer who has to use his superior knowledge of 80s pop culture to unlock a mystery, so the references to movies made in the decade fashion forgot are plentiful.

If you’d like to swat up on your 80s cinema before entering Ready Player One’s world dense with in-jokes, Cameo Cinema has put together a programme that should prove a handy primer. The line-up this month includes eye-popping sci-fi anime Akira, Wes Craven’s superior slasher A Nightmare on Elm Street, Robert Zemeckis’ time-travel teen film Back to the Future, and cult video game movie Tron, with The Iron Giant and Blade Runner: The Final Cut rounding out the season in May.

The Ibero-American Documentary Film Festival Scotland returns this month with 24 documentary films, 21 of which are Scottish premieres and 15 UK premieres. The films screening in Edinburgh this April embrace multiple performing arts, kicking off with Lydia Zimmermann’s Maria Converses, which follows the actress Blanca Portillo on her creative process as she prepares to essay Maria of Nazareth in Colm Tóibín’s play Mary’s Testament. There’s also dancing with the musical Our Last Tango and gymnastics with Jonas and The Backyard Circus.

Another IberoDocs highlight is the opportunity to see the two feature films from talented documentarian Chico Pereira: Pablo’s Winter, his depiction of the last generation of Almadén mercury miners, and DonKeyote, which follows a 78-year-old Spanish man who has an urge to walk across America with his faithful donkey. 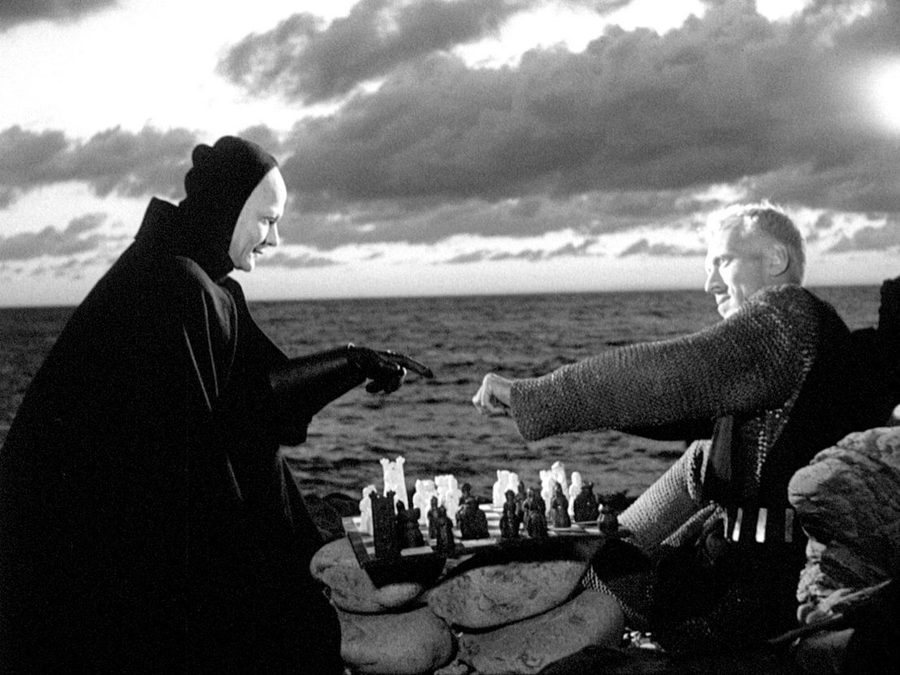 The great Ingmar Bergman seemed to be out of fashion for a while, but the Swedish director has been back in a big way after a recent major retrospective of his work in London and a spot on GFT's CineMasters programme. Edinburghers get multiple chances to enter his characters’ fraught worlds this month with two upcoming Bergman seasons in the city.

At Cameo, Bergman takes over the cinema’s Vintage Sunday matinee slot throughout April and May. Many of Bergman’s most celebrated films are screening, namely The Seventh Seal, Wild Strawberries and the extraordinary Persona. Also in the line-up the pensive and beautiful Cries and Whispers, his exuberant take on Mozart’s The Magic Flute, and his first film in English, The Touch, which seems like the great discovery of this latest Bergman revival.

The Bergman retrospective at Filmhouse is more expansive, with part one focusing on the extraordinary run of films he made in the mid to late 50s. Kicking off with Summer with Monika, the season also includes Smiles of a Summer Night and The Magician as well as those masterworks The Seventh Seal and Wild Strawberries. In addition to these films from Bergman’s mid-career purple patch, the run also features a rare screening of Bergman’s haunting and dreamy late film Fanny and Alexander from 1982, which is showing as part of Filmhouse’s regular Growing Pains season. 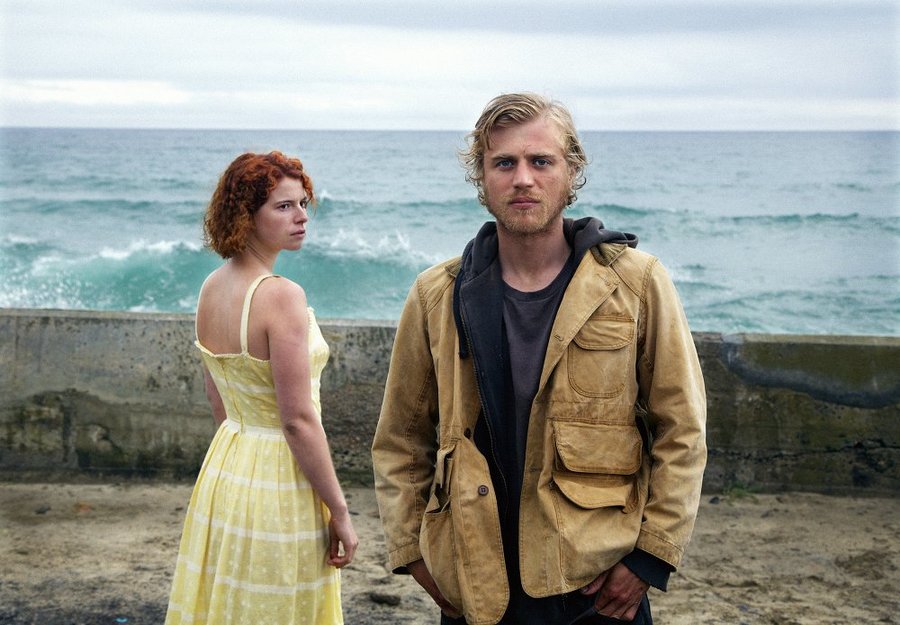 Michael Pearce’s feature debut knocked us out when we caught the film at Glasgow Film Festival back in February. Telling the story of a disturbed young woman’s coming of age on Jersey while a serial killer is on the loose, this haunting psychological drama with shades of fairy tale is released 27 April.

A preview of the film comes to Edinburgh’s Cameo a week earlier, along a Q&A with writer-director Pearce and, the cinema hopes, its lead actors Jessie Buckley and Johnny Flynn.

There’s so much to love about Paul Thomas Anderson’s latest film: the valedictory performance from Daniel Day-Lewis as exacting dressmaker Reynolds Woodcock, the star-making turn by Luxembourgian actor Vicky Krieps as Woodcock's more-than-meets-the-eye muse, Jonny Greenwood’s exquisite score, the onyx-black humour, the endless breakfasts, the striking compositions, the stunning fashion, Lesley Manville’s death stare. All will be accentuated and even more glorious when the film screens on 70mm at GFT this April.

Filmosophy returns to Glasgow Film Theatre with a bunch of movies all exploring “the puzzles of identity and the nature of the self”. The nifty lineup includes Spike Jonze’s head-scratching debut Being John Malkovich, Christopher Nolan’s chronology scrambled Memento, Nacho Vigalondo’s temporal battle of wits Timecrimes and The Truman Show, Peter Weir’s masterful drama about a man whose life, unbeknown to him, is a reality TV series.

Revisiting these great films on the big screen would be pleasure enough in itself, but there’s the added bonus that they’re all screening from 35mm, and each will be preceded by a short introduction and followed by a post-screening talk discussing the issues in the films by lecturer James Mooney.

We’re not sure why Alien and Bram Stoker's Dracula are screening as a double-bill, but we bow to the wisdom of Burnt Church Club’s decision to pair Ridley Scott’s fat-free sci-fi shocker with Francis Ford Coppola's brilliantly baroque retelling of Stoker's novel.

The mindblowing, balletic skills of Jackie Chan are wonderfully showcased in this 1979 kung-fu romp, which proved the Hong Kong star’s breakthrough. Chan’s blend of breakneck action and playful comedy was made for late night screenings – this Uncanny Valley event should be a riot.

Shoutout, too, to Uncanny Valley’s other late night screening in April: Arachnophobia (6 Apr), the fun 90s horror featuring a typically solid Jeff Daniels and a hilarious John Goodman as the all-organic exterminator who’s forced to break out his harder mix when he realises the souped-up house spiders in this small town in California are made of tougher stuff.

Delightfully, May the 4th is now officially Star Wars Day. Traditionally this date has been an excuse for Star Wars fans to celebrate the world George Lucas created in a galaxy far, far away, but this 4 May fans in Glasgow get the opportunity to enjoy a less reputable and certainly non-canonical artifact connected to Star Wars. Çetin İnanç's Dünyayı Kurtaran Adam is the 1982 film that you might know better as its unofficial title – Turkish Star Wars. İnanç's film received this moniker not because it rips off Star Wars’ plot – like many sci-fi films did in the early 80s – but because it unabashedly pilfers footage from A New Hope to create its space scenes.

Up until recently, prints of İnanç's audacious movie were extremely rare, but it’s fresh from being given a digital spit and polish by film historian Ed Glaser. “I’ve never really seen anything like it. It’s a little bit like a fever dream,” said Glaser. “It’s so unique. Visually it’s so lurid and vivid and wild and crazy. There’s just nothing else like it.” You can enter this lurid fever dream when Matchbox Cineclub present the new 2K restoration in Glasgow for free next month, so best grab your tickets while you still can. May the fourth be with you indeed.