Bandersnatch, the latest edition of Black Mirror, has a twist: you get to choose the path the character takes through the narrative, Fighting Fantasy style. Our review takes a similar form. To choose to read it, keep scrolling

1. You are about to read an interactive review of the Black Mirror story Bandersnatch, the first interactive film from streaming giant Netflix. The show is a piece of accurately observed 80s nostalgia, from CRASH magazine to the colour scheme of WH Smiths. Writer Charlie Brooker’s background as a videogame journalist is also vital here. 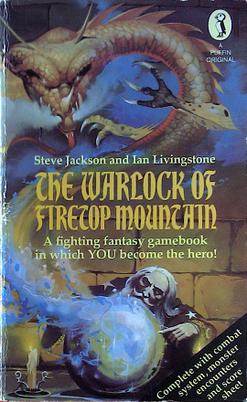 2. In 1982, Ian Livingstone and Steve Jackson published Warlock of Firetop Mountain, the first book in the Fighting Fantasy series. Titles such as the Citadel of Chaos and Forest of Doom saw Puffin sell 20 million copies over two decades. The books promise to give YOU the chance to be the hero, with a character and some dice rolling as you fight enemies and find your way through the adventure. The advent and popularity of video games saw a decline in the popularity of the series. They were also deeply uncool; something forgotten in the age of The Big Bang Theory and Stranger Things where the nerds have been granted retroactive cachet. If you want to read more about narrative, click here (or scroll to para. 6). If you want to find out what computers were like in the 80s, click here (para. 4). 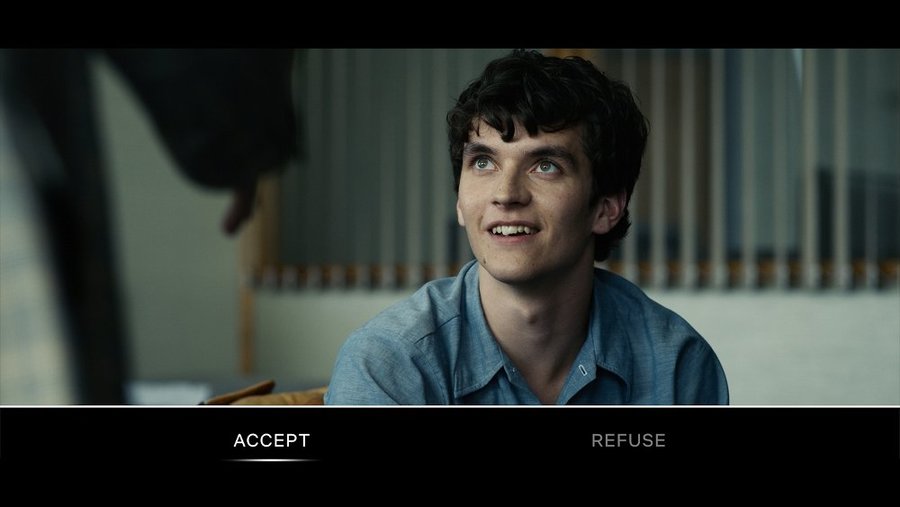 3. Bandersnatch is split into 250 segments. At certain moments, the viewer/player is given ten seconds to decide between two possible options, influencing the outcome. It isn’t exactly clear whether you are supposed to be actually trying to make Stefan (Fionn Whitehead from Dunkirk) achieve something or if you are just in it for the most interesting story. In fact, this is where playing a game and enjoying a story can be incompatible. A story often depends on a character making some bad decisions along the way. There are supposed to be around 12 possible endings, though hidden easter eggs are also planted to be discovered. If you think it sounds like a Fighting Fantasy book, click here (para. 2). If you want to read more about how narrative and gaming don’t quite match, click here (para. 6). 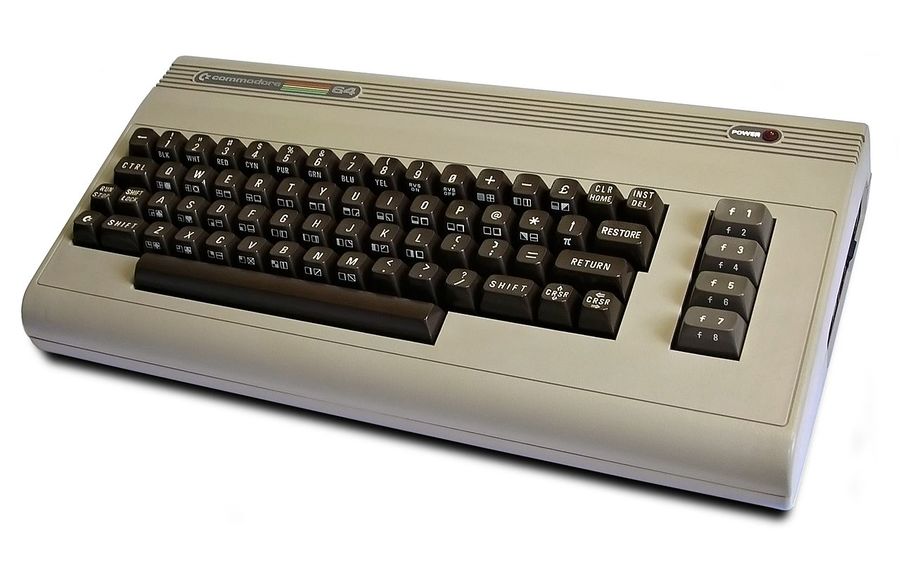 4. Stefan is designing a new computer game which he is selling to a company that looks very much like Ocean. He writes on a Sinclair computer, a ZX Spectrum 48K to be precise. I had one myself. You hooked it up to the portable TV and loaded games via an audio cassette recorder. I used my tape that came as part of my Bush radio alarm clock. The games screeched for four minutes and crashed so frequently that it became the name of the magazine for enthusiasts. The Spectrum was the rival of the Commodore 64. The kind of game that Colin (Will Poulter) designed looked pretty basic – also the name of the computer language used to code the games at that point. Unfortunately for you, this review has crashed – go back to the beginning (para. 1). 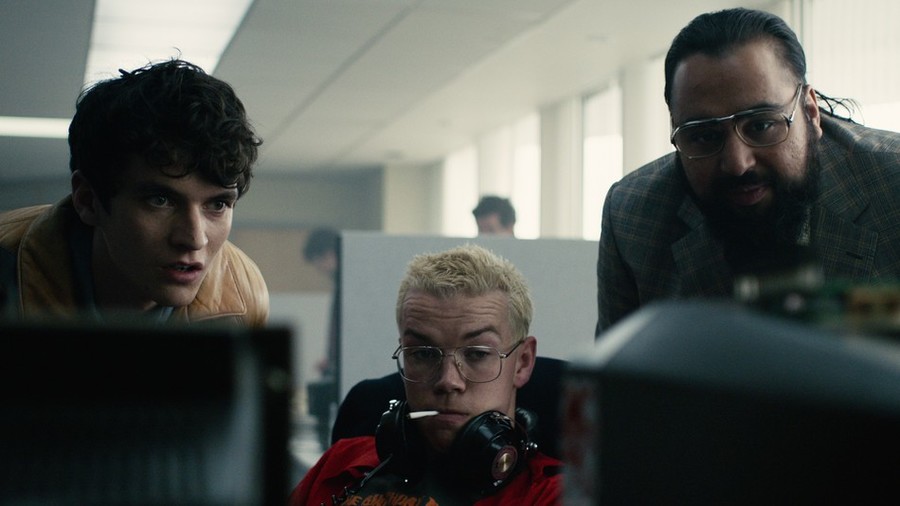 5. You lose. Maybe you should go back to 1 and try again? 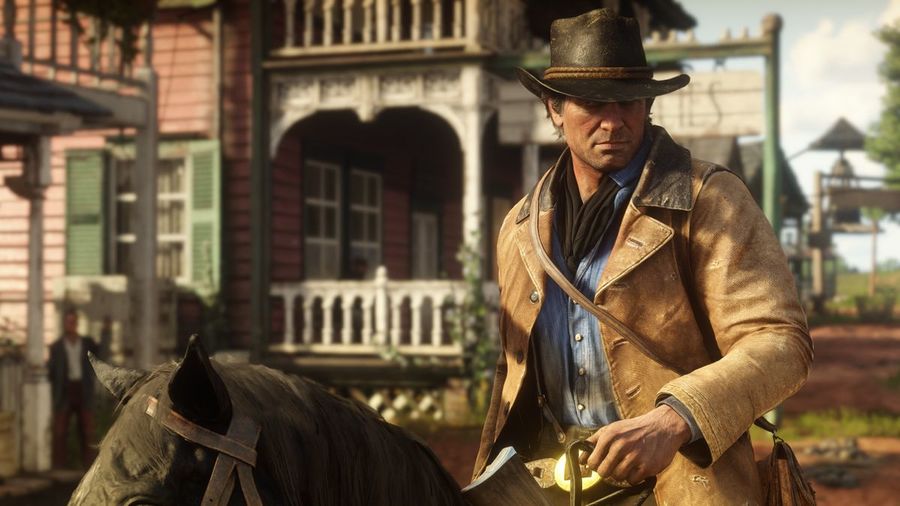 6. With video games now becoming so cinematic – see the most recent example in Red Dead Redemption 2 – it seems only fitting that cinema – or Netflix, or narrative film – becomes more like a game. But there are problems here. The first is practical. The code needed to alter a choice in a computer game can mark changes throughout a long narrative, and there are no limits to space. At least not in the way there is to the pages of a book – maybe now's a good time to read about the literary inspiration for Bandersnatch – or the amount of footage a film company is going to feel comfortable about filming, much of which won’t be seen by some of the audience.

But Charlie Brooker isn’t really interested in creating a game. The idea behind the episode is consistent with the grimly pessimistic fun we usually get with Black Mirror. As with The Truman Show, we find ourselves guilty participants in a system of control. The choices we are given only show us how little choice we have, both in controlling the story and controlling our lives. What freedom comes with choosing when we can’t choose what our choices will be? Confusing? I mean, we can choose between two options but we don’t get to choose which options. The system is closed. And sometimes we only get one. Click Here (scroll to paragraph 5).