Exploring the intersection of light and sound is at the core of No Bounds. Through a series of installations, performances, workshops and film screenings, the festival seeks to highlight the importance of the two artforms and demonstrate how they can work together.

The festival takes place in various venues within Sheffield’s city centre across three days, highlighting the areas and spaces which reflect the city’s industrial past while also showcasing its recent regeneration. One of these areas is Kelham Island, a former industrial site turned ‘best neighbourhood in the UK’ – as awarded in the 2018 Urbanism Awards (yes, an actual thing) –  which acts as a sort of hub for the bulk of the festival’s events.

Kelham Island Museum plays host to two evenings of live performances, while the neighbouring Testone Factory hosts one of two sessions of Debbie Chia’s Light and Sound Baths, curated in collaboration with the festival, and nearby events space The Mowbray hosts Sandhya Daemgen’s wonderful What’s That Noise? Project. The former is an immersive, meditative experience, featuring specially commissioned sound performances by The Black Dog, Prequel Tapes, Lo Shea, 96 Back and Chia. The latter is a group listening session, in which live music is performed, recordings are played and stories about the music are told. 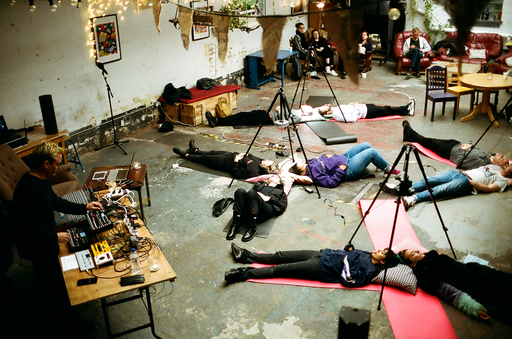 The Opening Concert in Kelham Island Museum’s Upper Gallery on Friday night sees a collaboration between Italian producer Caterina Barbieri and A/V artist Ruben Spini, as well as further A/V sets by Hyperdub affiliate Lee Gamble and Glasgow’s Lanark Artefax. Proceedings are brought to a propulsive close by Lanark Artefax, who begins his performance playing glitchy, inconsistent beats and building to a chaotic crescendo, all accompanied by visuals fed through a rectangular box structure situated in the middle of the stage.

The venue is put to further use the following day with its Tactical Contact programme taking over the museum and its many spaces. The programme, curated by Mark Fell and Pedro Rocha, explores the relationships between artists, environments and spaces, including a light and sound installation by Caty Olive and Ellen Arkbro, a performance installation by Angharad Williams, a dance piece by Antonija Livingstone and more. 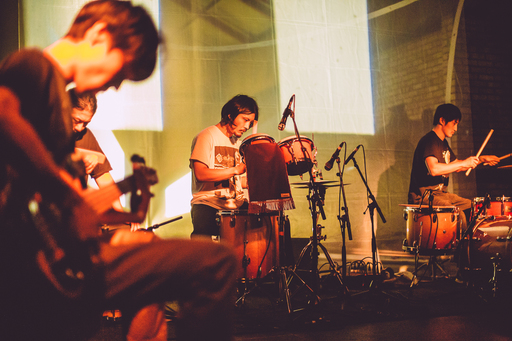 However, Sheffield-based Alex Mclean’s work is overshadowed by his collaborators, performance art duo New Noveta, made up of Keira Fox and Ellen Freed. Mclean’s practice involves the live coding of music and for his performance he sits on top of a rack flight case in the centre of the room while New Noveta perform around him. The duo’s intention is clearly to make the audience feel uncomfortable, but the line between discomfort and horror is too often crossed in their performance.

Aside from the arts programme, the festival also includes two late night raves, taking place at disused warehouse turned club venue Hope Works. The space is vast, with a line-up of local and international DJs spread across three rooms and various stage takeovers by the likes of Hyponik and Resident Advisor across both nights. The bigger names are left for Saturday night, with The Black Madonna, Courtesy and SPFDJ all featuring on the Resident Advisor stage, but there are stand-out sets across both days. 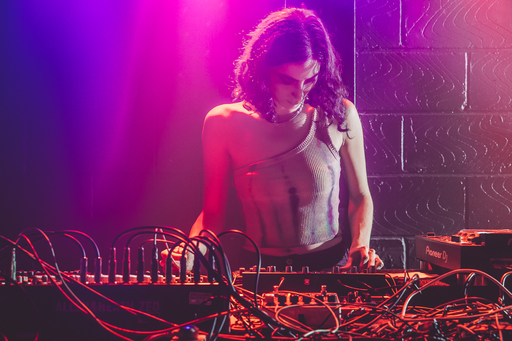 Shannen SP sets the standard high with her opening set on Hyponik’s stage in the Warehouse on Friday night, with an equally impressive live set from London MC Shygirl following, and Off Me Nut founders Phatworld provide a solid dose of bassline in the Courtyard. Meanwhile, Saturday’s highlights include Aurora Halal’s live set, a B2B from rRoxymore and Violet – representing Dundee in a Hilltown Disco T-shirt – and Scottish DJ and producer Solid Blake’s set in the High Density Energy Chamber, the narrowest room you can possibly imagine.

If the intention of No Bounds is to assert the importance of light and sound as artforms then it achieves that in abundance with the variety of events programmed across the weekend showing great originality and creativity across both fields.

No Bounds took place between 11-13 Oct in Sheffield