Following another excellent London Film Festival, our Film team put their heads together to come up with their dozen highlights, from the warmth of Princess Cyd to the thrill of Good Time to Abbas Kiarostami's swansong 24 Frames 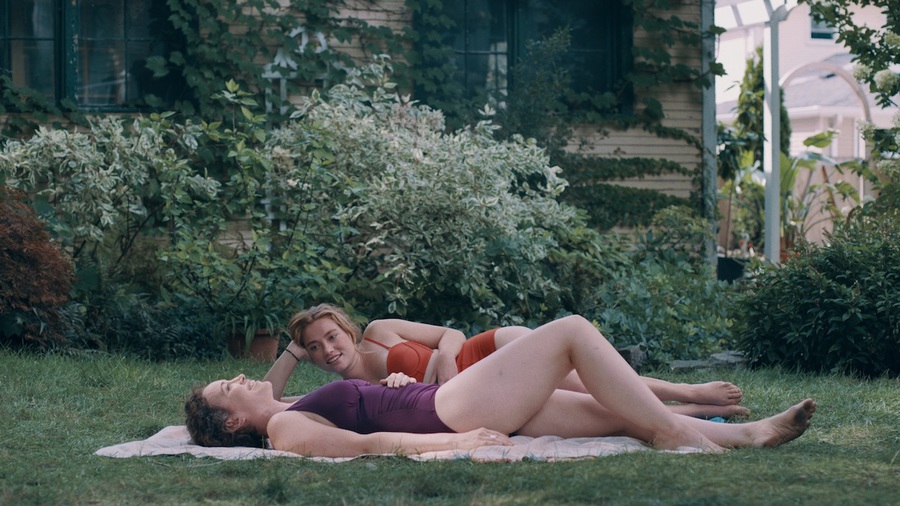 It's hard to imagine we'll see many more perfectly matched performances this year than the two delivered by Rebecca Spence and Jessie Pinnick in Princess Cyd. Spence is Miranda, a middle-aged novelist, while Pinnick plays her teenage niece Cyd, and Stephen Cone's film follows their initially awkward but ultimately fulfilling interactions over the course of a few summer weeks. Each woman forces the other to question something within themselves, to grow and change in subtle, affecting ways, and by the end of the film we feel we know them both intimately. Princess Cyd is a gorgeous film – funny, wise and full of humanity. [Philip Concannon]

Robin Campillo’s novelistic 120 BPM is a vibrant portrait of life, death, love and politics that frequently bends narrative and genre without compromising any of its emotional power. Set in the early 1990s, it follows various figures of the Parisian branch of ACT UP (AIDS Coalition to Unleash Power), though largely hones in on new member Nathan (Arnaud Valois) and his burgeoning romance with Sean (Nahuel Pérez Biscayart), an HIV-positive member of the organisation. 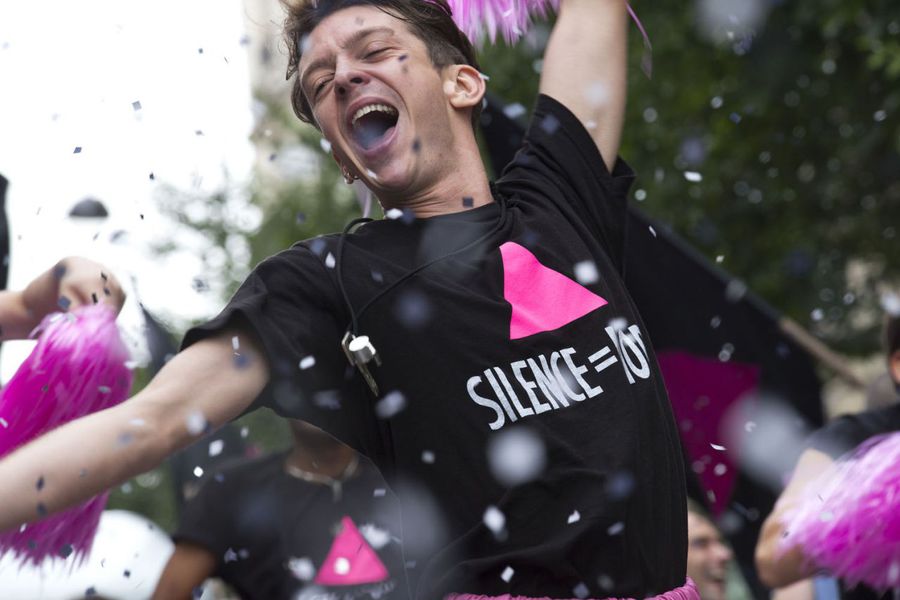 Campillo effortlessly glides between the intimacies of their rapport, the fractured relationships of other members, and an enthralling engagement with the minutiae of the process when it comes to ACT UP. Lost in so many films about activism is the inherent drama in scenarios where clever, engaged people are granted a space to extensively discuss a subject they’re passionate about; Campillo gets that strategy can be cinematically stimulating. [Josh Slater-Williams] 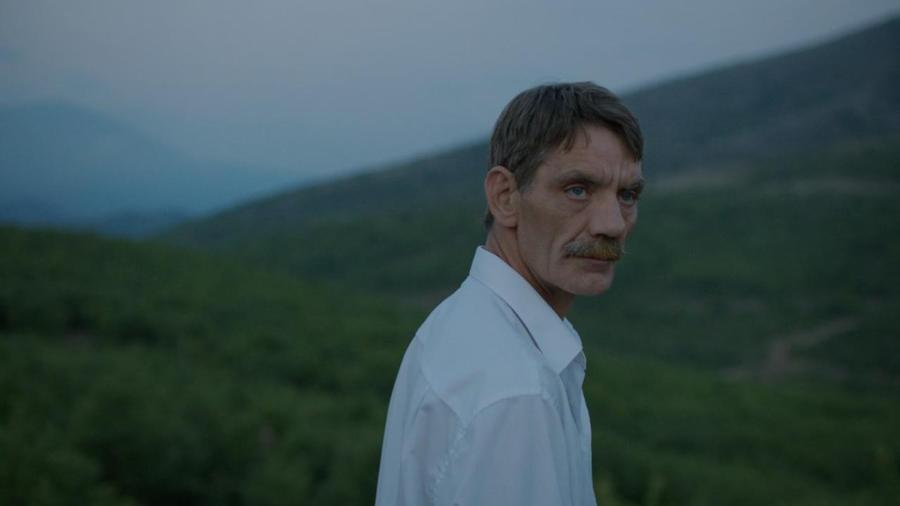 An obnoxious German construction crew meet an unfriendly welcome when they roll up – German flag and all – for a job in rural Bulgaria in the delicately pitched Western. Settling her camera on the mesmerising frame of Meinhard Neumann’s wiry loner and his ostensibly well-intentioned interactions with the local townsfolk, Valeska Grisebach borrows subtly from the genre from which she names her film to sketch a tense picture of the economic inequalities and violent histories that make Europe such a fraught and fragile proposition. This is major-league moody, psychologically astute and politically incisive filmmaking. [Tom Grieve] 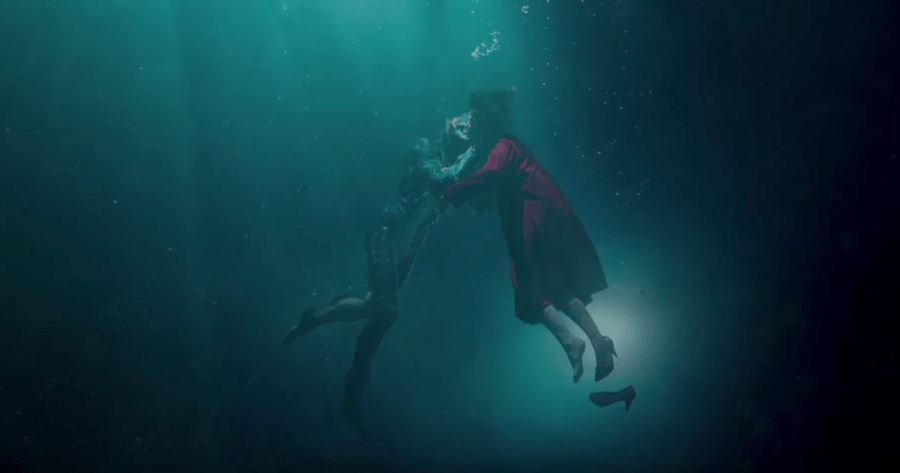 Guillermo del Toro cements his status as a master of fantasy with his latest feature The Shape of Water, a dark, lilting fairy tale with strokes of French New Wave cinema. Sally Hawkins delivers a striking, expressive performance as Elisa, a lonely mute janitor who falls for the amphibian-like creature trapped in the government laboratory where she works. In many ways a romantic companion to Pan’s Labyrinth (2006), the film gracefully balances humour, drama, and thrills, buttressed by elegant visuals, an appropriately wistful score by Alexandre Desplat, and compelling performances from Octavia Spencer, Richard Jenkins, Michael Shannon and Michael Stuhlbarg. [Kelli Weston] 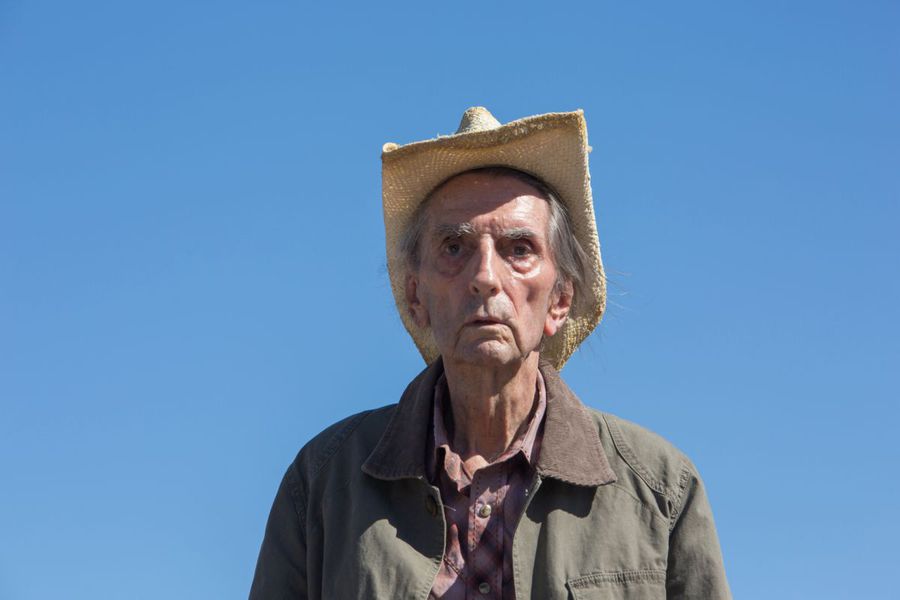 The late Harry Dean Stanton lends his inimitably weary persona to this tailor-made role of a grouchy Arizona atheist facing mortality. Watching Stanton’s face is enough to make almost any movie great, but Lucky is wonderful in its dedication to studying a creature of habit quietly shaken from his routine, not to mention philosophical appearances from David Lynch, Tom Skerritt and a 100-year-old turtle. A dry, witty and transcendently moving end-of-life journey. [Ian Mantgani]

Columbus is set within its namesake, a small Indiana town which boast the finest collection of modernist architecture in America. This debut film from Kogonada, an artist well known in cinephile circles for his razor sharp video essays, uses these chilly buildings’ sleek lines and severe interiors as the backdrop for the warmest of human dramas, as a young woman (Haley Lu Richardson) and a world-weary man (John Cho) develop a friendship as the former, an architecture-geek weighing up her career options, tours the latter around her favourite buildings. Along the way they work through their personal issues (particularly those related to their respective parents) and flirt with moving their relationship beyond the platonic.

Columbus’ protagonists are dazed and confused but its director is anything but, demonstrating an aesthetic precision that allows the characters’ positions within the frame or the timing of an edit to say as much as the film’s witty and perceptive banter. [Jamie Dunn] 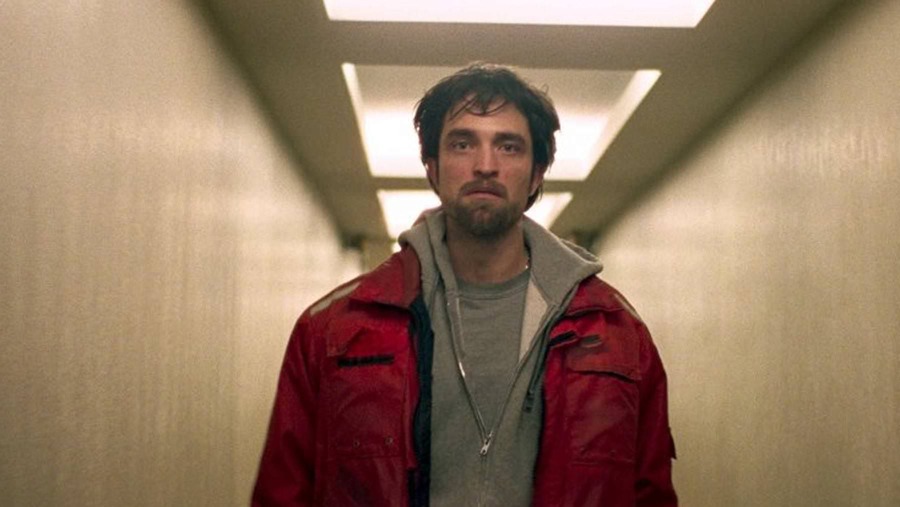 Robert Pattinson is brilliant as Connie, the conniving, street-smart hustler who carries the audience through one desperately dark night in New York City, as he attempts to break his mentally disabled brother (Benny Safdie) out of a secure hospital bed following a botched bank job. He leverages everything he has – his race, his looks and his greasy dirtbag charm – in this electric, hellishly propulsive effort from the Safdie brothers. New York has played host to some grimy, down-and-dirty crime movies in its time, but few pummel their audiences in quite the same way as the stylishly off-kilter Good Time. [TG] 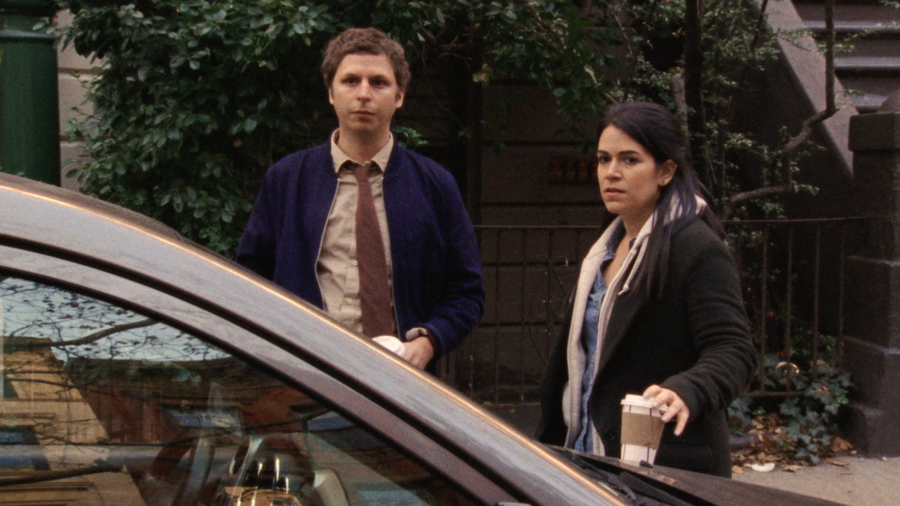 An Altmanesque tapestry, with a hint of Jim Jarmusch to its flavour, Dustin Guy Defa’s affable Person to Person is an observational comedy-drama with a clear affinity for the retro while also being very contemporary. A hugely endearing ensemble – including Michael Cera, Philip Baker Hall, Tavi Gevinson and Broad City’s Abbi Jacobson – are our guides through a series of (occasionally intertwining) comic vignettes set across one autumn day in New York, with the city beautifully captured by Ashley Connor’s 16mm cinematography.

What the frequently hilarious storylines all share is a generous degree of empathy and warmth, particularly when it comes to sharing with and forgiving people. It’s the rare comedy film world that makes you hopeful for our own. [JS-W] 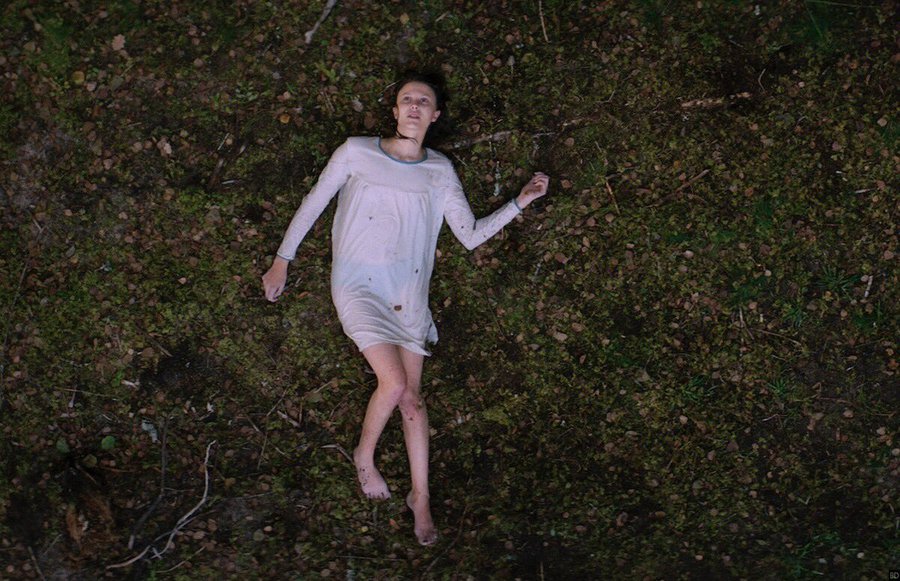 Joachim Trier’s follow-up to his English-language debut Louder Than Bombs is a haunting, dreamy gothic thriller, steeped in the uncanny. Thelma, arguably a modern-day answer to Carrie, follows its titular character (played by Eili Harboe) as she moves away from her stern, religious parents (Henrik Rafaelsen and Ellen Dorrit Petersen) to begin university in Oslo, where she falls in love with the winsome Anja (Kaya Wilkins). Thus her guilt and shame manifest physically with inexplicable seizures that reveal the shy, unassuming young Thelma is more than she first appears.

The result is a dynamic, delightfully unusual, if sometimes heavy-handed tale of self-acceptance. [KW]

Tracy Letts and Debra Winger star as an estranged married couple, both having affairs, who discover through their deceit that they have a lot in common with each other… and end up falling for each other again. The concept of cheating on your lover with your spouse at first is played for comic ballet, but as Azazel Jacobs’ film develops, it reveals deep wells of sweetness and bitterness, ending up in an emotionally overwhelming explanation of how these people got to this point in their lives. 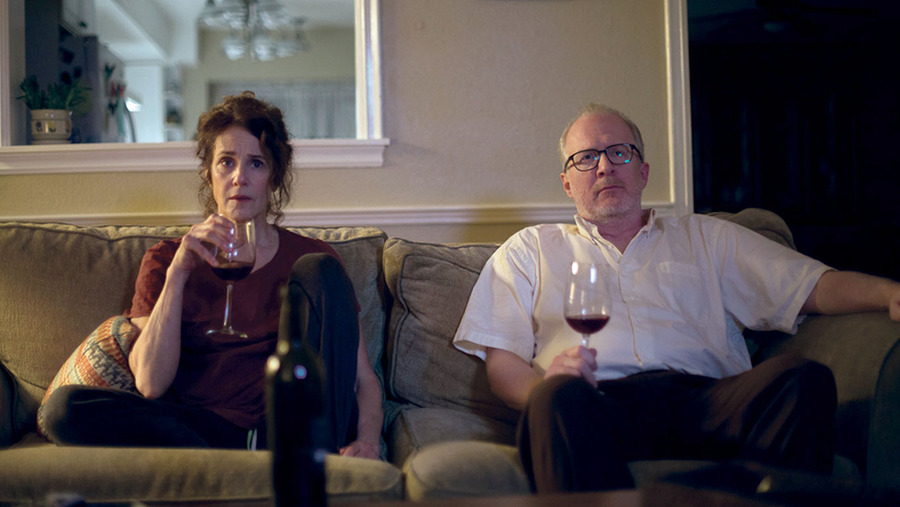 A sharp, funny and quite devastating story of relationships, with pitch-perfect performances from the leads and lovely supporting turns by Melora Walters and Aidan Gillen. [IM]

Call Me By Your Name (Luca Guadagnino) 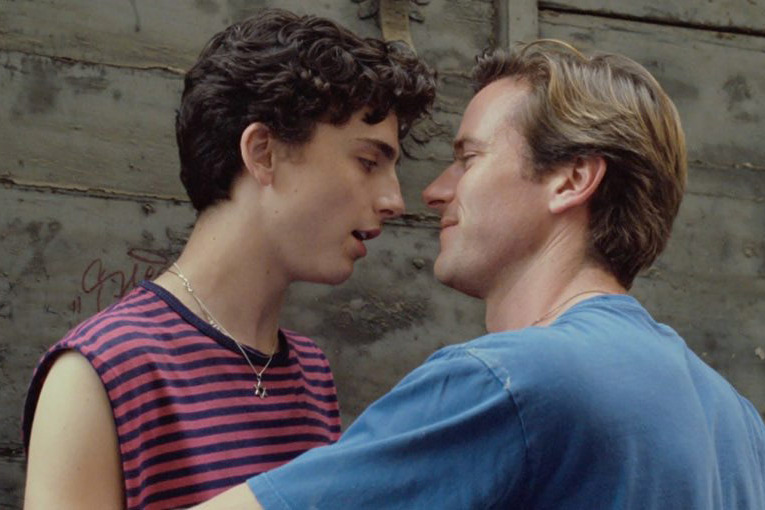 The white hot heat of summer passion is channeled into this perceptive love story set in rural Italy in the early 80s from Luca Guadagnino, who knows a thing or two about crafting sexy, sun dappled romances (I Am Love). We follow Elio (Timothee Chalamet), a precocious 17-year-old, as he processes the push-pull of desire he begins to feel for Oliver (Armie Hammer), the handsome but supercilious post-grad student who’s staying with his family for the season. Cinematographer Sayombhu Mukdeeprom’s images are rapturous and the soundtrack, including gorgeous new songs from Sufjan Stevens, dreamy, but the chief reason to see Call Me By Your Name is Chalamet.

The camera adores his zesty naturalism and porcelain features, just as much as his character is drawn to Oliver’s breezy charms. The long shot of the young actor that closes the film makes for the finest, most emotionally complex close-up since Nicole Kidman’s in Birth. [JD] 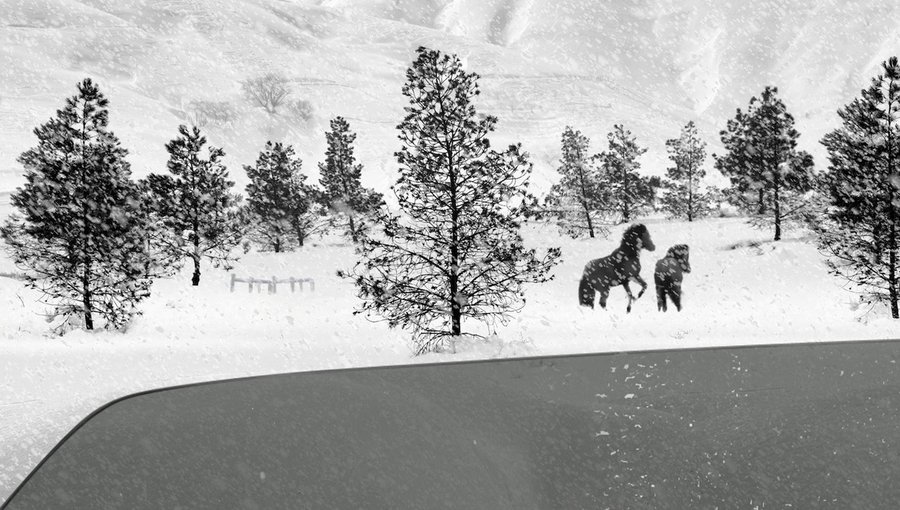 Abbas Kiarostami's final film, described as being 'as good as finished' before he passed away last year, is one of his most deceptively simple and profoundly moving works. Taking his own photographs as a starting point, the director has used digital effects to bring each image to life, imagining the moments before and after the single frame he caught for posterity.

Each shot lasts around four and a half minutes, and the accumulative effect of these imaginative, calming, entrancing sequences is overwhelming. 24 Frames is a stunning parting gift from a master, and a reminder of how privileged we were to see the world through his eyes. [PC]