From a Romanian tale of obsession to a Danish revenge thriller via an Iranian moral tale and a doc about a huge Norwegian pig, there's something for everyone in Glasgow Film Festival's online programme

Dir. Christos Nikou
The Greek “weird wave” that brought us films like Dogtooth and Chevalier shows no sign of dissipating with Christos Nikou’s mordant black comedy. Its premise couldn’t be more relevant: it concerns a pandemic sweeping Athens. In this case, it sees a mysterious amnesia come over those who are infected. 28 Feb-3 Mar

Dir. Frederick Wiseman
It increasingly feels impossible to have faith in elected officials, but word is this latest doc from non-fiction master Frederick Wiseman puts one local authority in a rare hopeful light. A four-hour epic, it takes us inside Boston’s City Hall, with Wiseman turning the simple day-to-day of the city’s administration and its various civic gatherings and rituals into an engrossing celebration of democracy. 5-8 Mar

Dir. Viktor Kossakovsky
If cutesy animal docs are your hog heaven, maybe look away from Gunda, Viktor Kossakovsky’s intimate look at the lives of a massive Norwegian pig and her newly born piglet litter. Free of any of the treacly sentimentality associated with the genre, sans anthropomorphising narration, and shot in chilly monochrome, it’s a bracing insight into life on a farm in all its beauty and brutality. 7-10 Mar 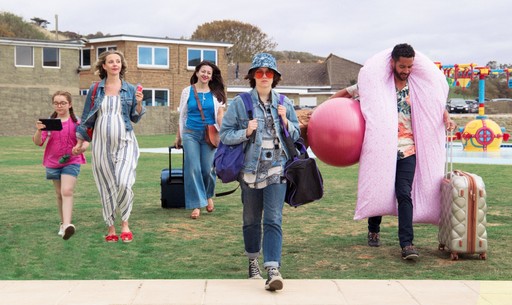 Dir. Marley Morrison
We’re taking a punt on this one given that GFF co-director Allan Hunter wouldn’t stop bigging it up during the festival’s press launch. It’s one of those coming-of-age love stories that the French do so well – the ones that take place over that one balmy summer holiday where romance blossomed and everything changed forever. Only this is the British version and follows a socially awkward 17-year-old on a family trip to a Dorset caravan park where she meets the girl of her dreams. 3-6 Mar

Dir. Eugen Jebeleanu
The pressure of maintaining a dual identity is at the heart of this gripping debut from Romanian filmmaker Eugen Jebeleanu. We follow a macho police officer in Bucharest, who's gay, with a sweet French boyfriend, but keeps his love life secret from his knuckle-dragging colleagues. That’s all gonna come to a head though when he’s called to break up a homophobic protest at a queer film screening. 27 Feb-2 Mar

Preparations to be Together for an Unknown Period of Time

Dir. Lili Horvát
We’re told to expect shades of Alfred Hitchcock and Krzysztof Kieślowski in this twisty tale of obsession from rising Hungarian director Lili Horvát. A brain surgeon falls in love with a man and drops her glittering career in America to follow him across the Atlantic to begin their fairytale romance back home in Budapest. There's only one problem: he has no clue who she is. 2-5 Mar 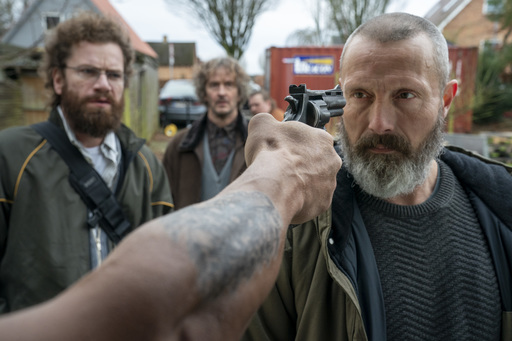 Dir. Anders Thomas Jensen
It looks like the mighty Mads Mikkelsen might be reaching the Liam Neeson stage of his career as he returns to Denmark for this revenge drama, playing an ex-military man out to get answers after his wife dies in a suspicious train accident. Expect a few more laughs than Taken, though, as this is from genre-bending filmmaker Anders Thomas Jensen, who likes to mix absurdist comedy with his thrills. 26 Feb-1 Mar

There is No Evil

Dir. Mohammad Rasoulof
Winner of the Golden Bear at last year’s Berlinale, this is a poetic moral tale concerned with the brutality of capital punishment in Iran. Split into four sections, the subject is tackled from multiple perspectives, exploring the corroding turmoil for those tasked with performing this state-sanctioned murder. Director Mohammad Rasoulof made the film despite being sentenced to a year in prison for his last effort criticising the Iranian government. 7-10 Mar

Dir. Ben Sharrock
Limbo, a deadpan tragicomedy about a Syrian refugee waiting for his asylum claim to be processed on a wind-lashed Scottish island, is the pick of the homegrown talent. After only two features, director Ben Sharrock has settled on a startling aesthetic built on precise framing and absurdist gags. Limbo's blend of humour and humanism is the perfect tonic for these troubled times. 3-6 Mar

Dir. Fanny Liatard, Jérémy Trouilh
We love the look of this dreamy French drama, where gritty naturalism collides with magic realism. It concerns a star-gazing teen (Yuri) and a Paris apartment block (Gagarine), which both take their name from the great Soviet cosmonaut. When the flats are due to be demolished, Yuri sets about fixing up the dilapidated building, but his imagination soon gets the better of him and he starts transforming it into a bricks-and-mortar spaceship. 4-7 Mar