GFF to close with doc on Scottish workers who defied Pinochet

It’s already been announced that Glasgow Film Festival will open on 21 February with the UK premiere of Wes Anderson’s stop-motion adventure Isle of Dogs. For its closer, GFF have looked closer to home: the world premiere of new Scottish documentary Nae Pasaran will brings this year's festival to an end on 4 March.

Directed by Chilean filmmaker Felipe Bustos Sierra, the documentary tells the incredible true story of how, in 1974, a group of workers at East Kilbride Rolls-Royce factory took a stand against Pinochet’s brutal dictatorship by refusing to carry out vital engine repairs on planes that had been used during Chile's 1973 military coup. The boycott lasted four years.

This act of solidarity was never forgotten by the Chilean people, explains Bustos Sierra. “Over time, the story became a bit of a myth, with lots of embellishments and exaggerations,” said the filmmaker in an interview with Creative Scotland, who helped fund the film. “Initially, I was hoping to find the workers involved and set the record straight, but never imagined I’d find so much about how much of an impact they’d had. Our discoveries surprised not just the workers, but the Chilean Air Force itself. The story had been buried so deep back then, they allowed us some access, convinced we wouldn’t find anything tangible. And then we did.” 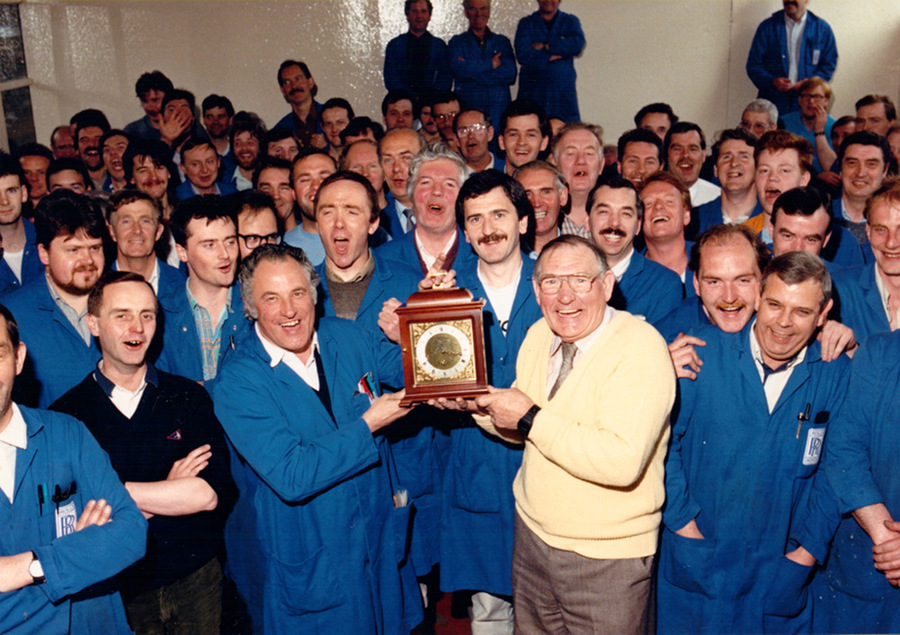 The film sees the Scotland-based Bustos Sierra – himself the son of a Chilean exile – reunites some of the workers from the East Kilbride factory who stood in solidarity with the Chilean people, including Bob Fulton, Robert Somerville, Stuart Barrie and John Keenan. We're told that Nae Pasaran also digs deep into the horrors of the Pinochet years, and meets some of the survivors of the period and hears the Chilean side of the story.

“We can’t think of a more fitting end to the 2018 festival than the World Premiere of an uplifting true story featuring some real local heroes who made an impact across the world", said Allison Gardner, GFF’s co-director. Nae Pasaran director Sierra, also commented: “I’m delighted that Nae Pasaran will have its World Premiere in Glasgow, the birthplace of our protagonists and one of the most active cities for Chilean Solidarity in its day, and it’s truly a great privilege to be the closing film of the Glasgow Film Festival. It has taken a village to make this film and I cannot wait for everyone who’s been involved and supported Nae Pasaran over the last five years to finally share it with the GFF audiences.”

Tickets for the Closing Gala will go on sale at 12 noon on Mon 22 Jan at glasgowfilm.org/festival