A Snapshot of American Independent Cinema in 2017

Returning for its fifth instalment (and second in a row at the lavish Picturehouse Central), the team behind this year’s Sundance London gave British audiences a flavour of the American indie scene of 2017. As well as bringing together UK, European or international premieres of various buzzy titles that made their initial bow at the main Sundance Film Festival back in January, this year also offered big screen revivals of some past Sundance premieres of note (Steven Soderbergh’s Sex, Lies and Videotape among them) and the first instance of a surprise film (Patti Cake$, out on general release this autumn), as well as the usual shorts programme and filmmaker talks.

This year’s main lineup was a mixed bag quality-wise, and it certainly didn’t look great that only one of the 14 premiering features (Marianna Palka’s Bitch) was directed by a woman – last year had three, including closing film Tallulah. That said, the strongest titles were very strong, and there was definitely variety to the stories and filmmaking styles on display. The Skinny caught the vast majority of this year’s feature lineup, so here’s an unranked top five of some of the most notable or distinctive films on offer, some of which will be arriving in UK cinemas or on services like Netflix and Amazon Prime soon. 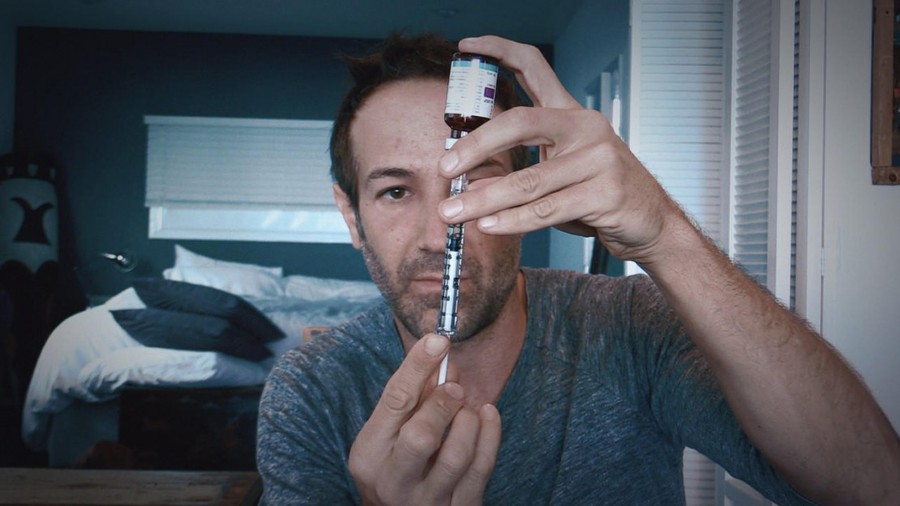 ‘Relevant’ tends to be the film criticism world’s favourite descriptor when the Western political landscape is something of a hellscape, such as it is now. A couple of Sundance London titles certainly fit the relevant bill, like wrongful incarceration drama Crown Heights. None more relevant, though, was Icarus, a documentary so in tune with the current moment that it was reportedly re-edited between its Sundance premiere in January and its Sundance London bow in June; its closing credits also feature an almost comical number of additional info cards of developments that have happened with the story since the film wrapped initial production.

Overall echoing Laura Poitras’ Citizenfour in feel, Icarus at first comes across like a cycling world riff on Super Size Me, wherein director Bryan Fogel subjects himself to performance-enhancing drugs, ahead of a big race, to see if he can avoid detection. But by way of forming a consultation-based relationship with anti-doping scientist Dr. Grigory Rodchenkov, Fogel’s personal experiment becomes a geopolitical thriller, as Rodchenkov turns whistleblower regarding Russia’s state-run tactics for burying its athletes’ use of doping, and not just in the world of cycling. It’s a baffling, frightening tale that incorporates all the key qualities for a political scandal in 2017: mysterious deaths, urine and Vladimir Putin.

Like Icarus and a couple other films in the Sundance London lineup, The Incredible Jessica James will soon be released exclusively on Netflix. This one’s a decidedly more straightforward affair: the comedic tale of an aspiring playwright in New York striking up a friendship – and later more romantic feelings – with a guy while on the rebound from a break-up. There’s a fair few funny scenes and quips, but it’s a very conventional story with nothing especially new to offer, and its selection of dream and fantasy sequences feel like holdovers from a first draft that possibly became the only draft.

Why shine a light on it, then? Well, it’s a lot easier to move past the flaws of an otherwise unremarkable film when you have a magnetic actor as your eponymous lead, and such is the case here. Jessica James is played by Jessica Williams, formerly of The Daily Show, and this film is basically the perfect calling card for her as a future movie star. What surrounds her may get less and less interesting as it goes along, but she never does: a hurricane force of high energy comedy, both verbal and physical, with a penchant for adding layers of nuance to the more emotional beats that aren’t necessarily present in the words she has to deliver. 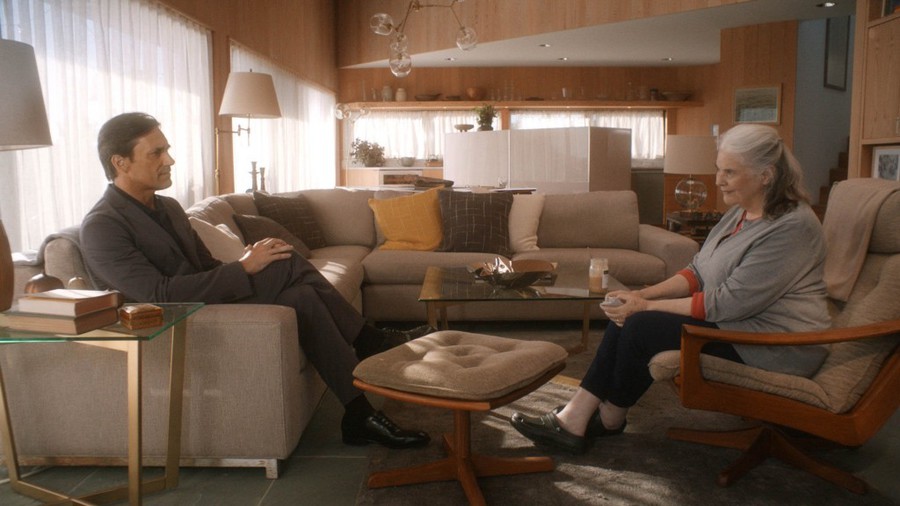 His Stanley Milgram biopic Experimenter and a string of Shakespeare adaptations (including the Ethan Hawke-led Hamlet) have been the standouts of his 21st century output, but Marjorie Prime sees writer-director Michael Almereyda back in the realm of genre oddity that defined much of his early career (like post-modern vampire tale Nadja).

A futuristic chamber drama, based on a Pulitizer Prize-nominated play by Jordan Harrison, it allows the ace quartet of Geena Davis, Jon Hamm, Tim Robbins and Lois Smith a chance at dual roles in a years-spanning story, wherein sentient holographic projections of late family members interact with still-alive loved ones as means of comfort during illness or attempts at reconciling grief. Though technically not a tale of androids, Marjorie Prime feels very much in the spirit of Philip K. Dick, and The Skinny is rather keen to see Almereyda’s Dick-related next film: a documentary chronicling the life of actor and Blade Runner screenwriter Hampton Fancher.

A regular scripting collaborator of David Wain (Wet Hot American Summer), actor-turned-writer-director Michael Showalter’s own directorial career took something of a gear shift away from absurdist comedy with Hello, My Name Is Doris, a dramedy starring Sally Field that was one of 2016’s highest-grossing indie films stateside – UK release-wise, that one’s sadly only had a bow at Glasgow Film Festival and nothing else.

He’s back in dramedy mode for The Big Sick, though screenwriting duty is here left to Emily V. Gordon and stand-up comic/actor Kumail Nanjiani (Silicon Valley), who bring to film a version of how their own real-life relationship started: Pakistani man starts dating white American woman, with cultural differences and family disapproval causing a rift even before the latter ends up in a coma courtesy of an unclear illness.

Zoe Kazan plays the film version of Emily, but Nanjiani gets a star-making turn as, well, himself, in a both sweet and hilarious movie that also has great supporting turns from Holly Hunter and Ray Romano. With David Wain’s They Came Together, Showalter helped skewer the American romantic comedy; with The Big Sick, he’s gone and made one of the best modern examples of the genre.

By some way Sundance London’s best and buzziest title was A Ghost Story, which was the big closing night movie. Director David Lowery got his own in-person talk event at the festival, accompanied by a screening of his breakthrough feature Ain’t Them Bodies Saints. A Ghost Story confirms him as one of the trickier rising star American filmmakers to get a definitive hold on – bar recurring collaborators, one may struggle to find much in common with the filmmaking of this, Saints and his very good Pete’s Dragon remake for Disney.

A Ghost Story is definitely an actual ghost story (no misleading title here), but, while it’s haunting, it’s certainly not a horror film. Instead, as the rather perfect poster tagline posits, it’s all about time. Casey Affleck plays a white-sheeted ghost (you’ll end up onboard with the conceit pretty quickly), who returns to his suburban home to keep an eye on and try to console his bereft wife (Rooney Mara), only to find that his spectral state, having turned down an entrance to an apparent afterlife, gets unstuck in time. As the woman he loves moves on, along with traces of the life he knew, he’s trapped in their home, forced through years of changes in inhabitants and eventually witness to the land’s transformation in a near future.

And then things, not to spoil anything, get... cosmic. A Ghost Story is quite a hard film to define (we can confirm a second viewing reaps benefits), but to give a taste of its aesthetic sensibilities, think a blend of ghost fiction with Under the Skin, 2001: A Space Odyssey, and the works of directors Chantal Akerman and Apichatpong Weerasethakul. So, y'know, don’t come to it expecting Affleck and Mara to go crazy with a pottery wheel and a Righteous Brothers soundtrack.