The latest Scottish Comedian of the Year, Liam Farrelly, finally gets to watch the iconic An Audience with Billy Connolly

In terms of comedy, Billy Connolly is an undisputed legend. In terms of Scottish comedy, the man is a god. So it makes it all the more shameful that I have watched so frighteningly little of his stand up. There’s not a good reason for it either. I’ve always known how good he is and how well regarded he is. I’ve seen all the highlights like the ‘park my bike’ joke on Parkinson, the banana shoes and crucifixion story, but I’ve never watched a full special.

It’s a bit like Pelé; I know he was the best footballer in the world, seen clips of his skills and goals, but I’ve never sat down to watch a match he played in. The only excuse I really have for it is that I’m 22. I was born in 1999, fourteen years after this special was released. It’s admittedly a pretty shite excuse but in this scenario, youthful ignorance is all I have. When trying to pick which one of Connolly’s specials to watch I asked a bunch of other comedians for advice, and this one is the one they all suggested. It’s also the only stand up comedy that my mum says my dad has ever watched, so I thought it was probably a good place to start.

It’s probably the most iconic of Connolly’s performances. Everything from his look (that zebra print shirt) to his material, it all very much shows a performer at the peak of their powers. With all the prestige and hype that surrounds such a work of art, the temptation to be edgy and say it isn’t actually that good, followed by something equally as outrageous as 'The Beatles are pish and The Kinks far surpass them' so I can walk away from this with some sort of controversial indie cred to my name, weighs heavy on me. Sadly it’s just as good as everyone says. 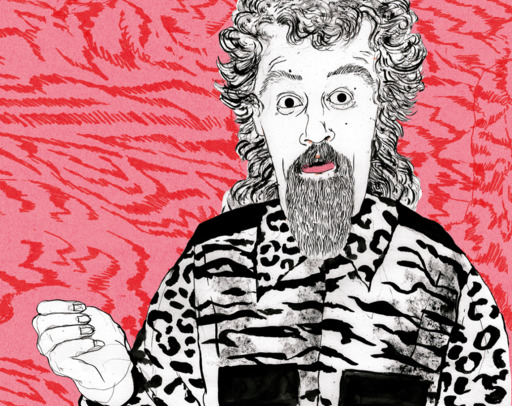 Despite it being nearly 40 years old, it holds up extremely well. The only areas that date the special are in the references to products that no longer exist and all the celebrities of the time that inhabit the first five rows of the audience. Oblivious to who the majority of them are, I did manage to recognise a couple like Julie Walters and Robbie Coltrane. It says a lot about Connolly’s talent that he isn’t upstaged by any of the cutaways to the celebrity-rich crowd. He even seems to enjoy it; bouncing off the crowd repeatedly and using a famous weatherwoman to set up a bit where he talks about how patronising a weather report really is – one of my favourite bits. Connolly just seems like he’s having a ball throughout the whole show. Although, I think one of the most miraculous things about it is that given how dodgy the celebrities of the 80s were, no-one in that audience has been outed as a beast, which again has aged the show very well.

The special feels timeless purely down to the material and stagecraft of Connolly. I knew he was a physical comedian but I didn’t realise just how skilled he was at it til now. The last 20 minutes of this is Connolly working his material and physicality to the bone and is the perfect end to a performance that gets better minute by minute. It’s a special that really encapsulates everything that Connolly embodies and is known for: the down to earth material, the elastic-legged physicality, the screaming ‘fuck off’ at the top of his lungs, the big grin everything is delivered with. It preserves him and his talent perfectly, and it will still be as watchable and enjoyable in another 36 years because it is just that good. I now understand why this is the only stand up my dad has watched; it’s because you’re going to struggle to find anything better.