Here is a secret: I do not watch a huge amount of comedy.

I was brought up on arthouse films and Soviet cinema by my performance artist mother. I watched The Shining when I was seven and chose to watch The Battle of Algiers by myself one Sunday afternoon when I was eleven. At the age of twelve I knew who Marina Abramovich was. It is no surprise that comedy was a discovery I made later on in my life. To this day I am still catching up with the classics of our time: Blackadder, Fawlty Towers, The Big Bang Theory, Mrs Brown’s Boys… you know, all those well-loved and respected classics…

So – being asked to binge watch one series of a comedy show that I’ve been meaning to watch was hard – where do you go with so much choice? Then, I found Documentary Now! 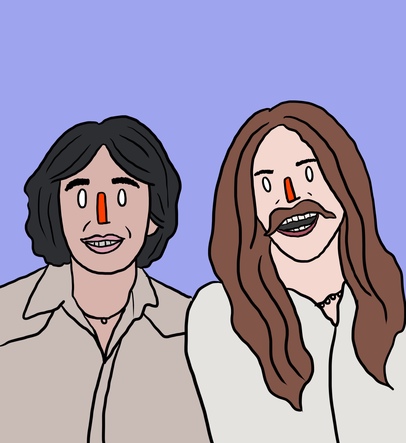 Sure, it’s pretty recent, but it mixes some of my favourite things: comedy, documentary, re-enactment and epic cinematic editing with two of my favourite actors – Bill Hader and Fred Armisen. With Hader’s 'hard man' act and Armisen’s soft-cheeked likability the two balance together on screen as good cop/bad cop with great complicité. I could not resist.

Documentary Now! is described as being a ‘mockumentary’ – but it isn’t. Mockumentary is Spinal Tap – and you cannot get better than Spinal Tap. Mockumentary does not convey how smart Documentary Now! is. It mixes re-enactment with tight editing techniques, a great use of old footage, a love of film theory and a huge dose of superb comedy performances that creates something that teeters between comedy and also cinematic performance art.

Each episode is a standalone homage and acute parody of a well-respected documentary film or filmmaking style. Done so clearly with great research and precision it’s hard to consider each episode is made with the intention of being solely comic.

The first episode is an almost shot-for-shot mimic of the cult seventies documentary Grey Gardens by the Maysles brothers – and just as you are watching the episode, starting to wonder where it is going and if it is starting to plateau, the narrative takes a sharp 180 degree turn and takes you somewhere you weren’t expecting, into another genre – with a surprisingly scary and funny twist. 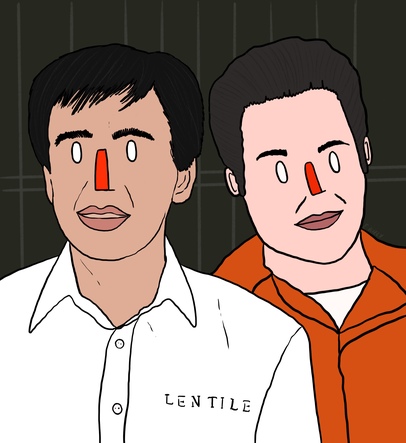 One of my favourites in the series is episode four, The Eye Doesn’t Lie. Armisen’s incredibly irritating portrayal of the ‘wrongfully convicted man’ in this The Thin Blue Line parody made me cry laughing. For anyone who watched Making A Murderer, this is the best episode to start off with, and again, like episode one, it takes you places you weren’t expecting.

Also – bar one episode where Hader and Armisen superbly skewer the ignorance of privileged Vice documentary filmmakers – it neither punches up or punches down at those it is emulating in the episodes. When it boils down to it, Documentary Now! is a lovingly made pastiche series that’s essential viewing, even if you’re not familiar with its source material.