With preparations for the Fringe well underway and spiralling costs a focal point for many, we talk to Best in Class about creating opportunity for working-class comedians

For working-class comics in particular, the financial barriers to participation in the Edinburgh Fringe are a real, timely issue. Not only central to a comedy career path, the Fringe is vital in terms of craft, offering the opportunity for comics to hone their act over a sustained period of time, compared with a short spot at a regular comedy club. Siân Davies’ Best in Class initiative, a showcase of working-class comics, is one imaginative response to the problem – although, as Davies says, it’s only “a Band-Aid”, and not the structural change that’s so urgently needed.

Davies’ motivation for action stems from her own painful experience. After a successful audition for one of the big showcases in 2018, she was ordered to pay £1,800 to secure her place, but when a friend started crowdfunding the fee, Davies was abruptly dismissed from the gig – the implication being that revealing the financials too explicitly was in some way grubby, or bad form. At first devastated at the thought that she’d blown her chances, Davies decided to create what was noticeably missing: a genuinely transparent showcase (both crowdfunded and profit-sharing) for acts who would otherwise be unable to afford the Fringe. 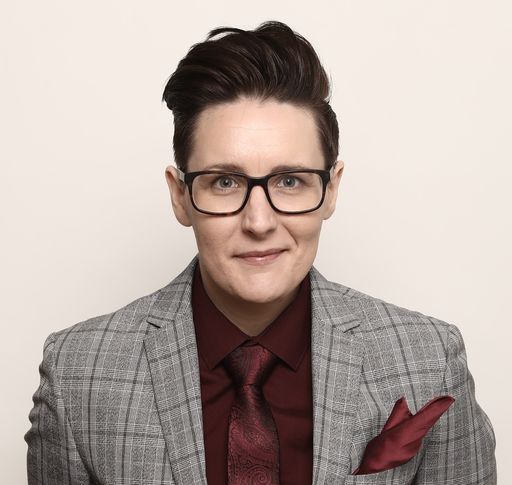 If showcase fees are one aspect of the Fringe costs often swept under the carpet, PR is another. As Davies says, “it’s far from a meritocracy” when some acts can afford to throw thousands at increasing their visibility; particularly important given the sheer quantity of shows. Audiences tend to be oblivious to the hidden costs that determine success, so Tom Mayhew, an alumnus of Best in Class 2018, is dogged in communicating just how prohibitive they are. He brought his debut show to the Fringe in 2017; costing 70% of his yearly income and all his annual leave. It then lost him money. People were puzzled that he hadn’t spent anything on PR, oblivious to the fact that he simply couldn’t afford to – “you’ve spent so much and still, you need to spend more.” Thinking of quitting comedy altogether, when Davies created Best in Class the following year, it was hugely encouraging – a sense that “there is a place for us here, we are allowed to play in this playground.”

For Kathryn Mather, also on the 2018 line-up, it was “the only time before and since I’ve been able to consider doing the Fringe,” and like Mayhew she loved the solidarity of it – “working together on a common cause” as well as the relief of returning home “not having haemorrhaged money.” It’s the same for William Stone (pictured above), who did the show in 2019, and relished feeling part of a graduating year; seeing it as a worker’s co-op version of Footlights, or an old boy’s network for working class comics.

Of this year’s cohort, Anna Thomas, who won the 2021 BBC New Comedy Award, says that even with that prestigious win behind her, “going to the Fringe was a pipe dream… comedians talk about the debt you get into, but at this stage the bank wouldn’t even give me a loan – maybe in ten years, if I save up.” Jed Salisbury picks up on the camaraderie of the project: “Edinburgh is daunting and doing it as a collective feels safer.” Getting a spot on the line-up is an accolade he’s deeply proud of, and says, “being a working-class comic, coming from the background I do… I wear it as a badge of honour.” Lovdev Barpaga (pictured below) is similarly proud – he’s been on Fringe line-ups before, but this is different: “I really admire that Siân's created this whole thing on her own and it’s all for other people – it makes me want to do it even more.” 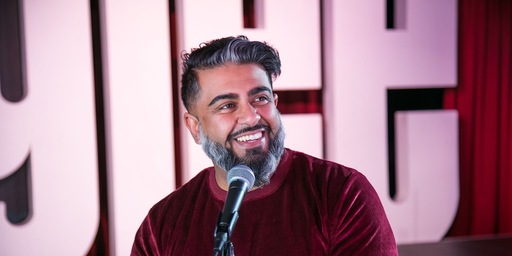 With a history of sell-out shows and strong sales already this year, the project is clearly thriving, and donations continue to come in from within the industry (Turtle Canyon Comedy, Country Mile Productions, Objectively Funny and Hat Trick for instance, among the production companies, and individual donations from Darren Harriott and Frankie Boyle). This year also sees an additional accommodation bursary partly funded by a Fringe recovery grant, and there’s some chat, too, about a benefit gig at one of the big venues, so the initiative is being recognised. But there’s seemingly little appetite for any large-scale assistance or more formal intervention, despite the increasingly steep costs facing performers. Many of the Best in Class alumni felt that the Fringe was reaching a tipping point. Stone says the fear is that it'll “become a totally different festival – that’s just for people who are really established.”

Rising accommodation and travel costs also affect audiences, and Hannah Platt, who was part of the showcase in 2019, says bluntly, “it’s just going to be wealthy performers performing to wealthy audiences”; a “purely middle-class arts festival.” Platt also makes the point that increasingly homogenous audiences can impact the success of those comics who address working class issues. “I’m punching up and they’re going to feel punched in the face... they’re not going to be up for that.” Salisbury suggests that his comedy becomes less believable or “less authentic” when it’s a purely middle-class crowd, when in actuality, “No, this is what it’s like.”

Tamsyn Kelly, of this year’s line-up, says middle-class audiences can find material about her “benefits class” experiences “confronting”, and wearying to have to do the work of unpacking it all. Kelly says “this is just my life – it’s their issue: they need to manage their defensiveness, and recognise their own privilege. As a culture, we’re supposed to be on a journey about recognising privilege: why does it become so problematic when it’s about class?”

Given this defensiveness, articulating the experiences that define working-class life is clearly stressful – and many worry about being seen as complaining or rocking the boat. However, it’s evidently not a level playing field when there’s no financial safety net and none of the more intangible benefits of privilege (networking opportunities, confidence, a general sense of entitlement). As Platt says, “failures hit harder when you’re working class – all that money, all that time wasted. If you’ve got money behind you, you can bounce back easier.”

Perhaps though, despite the problems with the Fringe context, there is an increasing sense of confidence in articulating these issues more broadly. Both Kelly and Thomas are optimistic that things are changing, citing the recent BAFTA wins for Big Zuu (Big Zuu’s Big Eats), Kayleigh Llewellyn (In My Skin) and Sophie Willan (Alma’s Not Normal), as evidence that working class representation is improving. Thomas is especially delighted by the inspiration offered by these new role models, having felt the lack of it when she was growing up. Thomas says “You simply don’t expect more because you don’t see it. Seeing Sophie Willan talking about living with her gran so openly – I hope loads of working-class children see that.”

If there was greater interest in investing in Best in Class, though, Mather is dubious: “Siân’s done a beautiful thing and in some ways it would be sad to see it taken over, and made into something it isn’t.”

Mayhew is frustrated that there are so many potential avenues for supporting working-class talent (an award for best ‘independent’ show to applaud those without access to PR, as just one example) but he’s also quick to celebrate organisations who demonstrate that it is possible to do things differently, mentioning The Stand and Monkey Barrel as two venues whose deals make it harder for acts to lose money.

Davies herself is characteristically indefatigable. She’s already looking forward to getting out there: introducing the acts, having conversations, “changing minds and winning hearts”, showing audiences that while a working-class line-up is “just as varied and nuanced as anything else at the Fringe”, tangible support is vital for these comics to survive in the industry.