Jayda G on climate change, clubbing and her new album

Ahead of the release of her debut album Significant Changes this month, we speak to Jayda G about juggling a Masters degree with completing her debut album

Over the last 20 years, the population of Salish Sea whales, or orcas, found in Canadian Pacific waters has diminished massively, with only 74 still remaining in the entire world. This was the subject of a Masters thesis by Vancouver-born DJ and producer Jayda Guy – more commonly known as Jayda G – and, in turn, a direct influence on her debut album, Significant Changes.

Created while completing her Masters degree in Resource and Environmental Management, in which she specialised in environmental toxicology, the album is closely linked with Guy’s thesis focusing on the effects of human activity on the orcas of Vancouver. As well as sampling sounds of actual orcas on one track – Orca’s Reprise – Guy also samples the voice of biologist Misty MacDuffee on Missy Knows What’s Up, with one phrase in particular used repeatedly: ‘Why are these whales threatened and what are we gonna do about it?’

As Vice-chair of the Raincoast Conservation Foundation in British Columbia, MacDuffee has played a key role in campaigning for the protection of the species for over ten years. In 2008, MacDuffee, along with several other conservation groups, filed a lawsuit against the Canadian government to protect Canada’s two populations of resident killer whales, calling for the use of an Emergency Order under section 80 of the federal Species at Risk Act. The study of this court case took up an entire chapter in Guy’s thesis, and the quotes by MacDuffee that were sampled were taken from a radio show she came across in her research and decided to transfer over into her music.

“As an artist it's impossible to think that your surroundings and your personal experiences aren't going to affect your art… so it definitely kind of intertwines in that way just organically,” says Guy. “It's more like taking inspiration when inspiration comes and that's usually, at least in my experience, when things have come across the best way to the audience.” It feels timely too, with environmental concerns and climate change weighing heavy on people’s minds. Just last month, thousands of young people across the UK walked out of school to protest the lack of governmental action on climate change. Organisers estimated that around 10,000 young people in around 60 towns across the UK took part in the strike, with further protests also taking place across the world in recent months.

Coinciding with her four-week residency at London’s Phonox last month, Guy set out to further engage people in her studies by hosting a series of talks under the banner JMG Talks. The two talks at Ninety One Living Room on Brick Lane offered young scientists the opportunity to discuss their work, explaining their research and experiences within academia, and allowed members of the public the opportunity to ask them questions about it. All the proceeds from the talks were donated to the volunteer-led charity Free to Be Kids, which helps disadvantaged children in London. 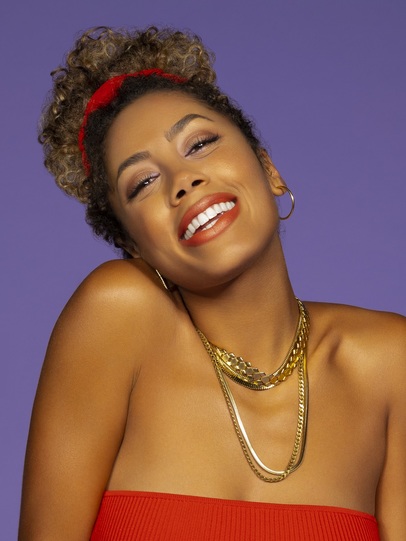 At the time of our interview with Guy, the first of the two talks had already been completed, where she was joined by her friend Dr Lily Zeng, with the second talk with Dr Lindsay Veazey still to follow. “It was from, honestly, me being interviewed for my DJing and the music I was making… And I just kind of realised there wasn't really anything like that for science, for researchers,” she says. “If you read about research, it's always about the research; it's not really as much about the person behind that research.

“It is just about connecting people to the work in a slightly different way, so that people can empathise and also have an understanding of the personal experience because then they might find it more interesting,” she continues. “And this is our environment, this is our home; we should be interested in it, we should be interested in the work that is happening around us and sometimes that stuff is just not as accessible as maybe it should be… So it's also just about bridging that gap, that communication gap between the academic world and the rest of the world.”

But environmental issues are not the only topical subject covered on Significant Changes. Guy also alludes to our addiction to technology, presenting a particular sense of dismay towards the increase of phone usage in clubs. Both Stanley's Get Down (No Parking on the DF) and Move to the Front (Disco Mix) address the stagnant nature of certain clubgoers on the dancefloor who are more likely to be taking pictures or Shazaming tracks than actually dancing. ‘Hey you, I see you, with your phone, looking at Instagram,’ announces Guy at the beginning of Stanley’s Get Down, something she says she has noticed becoming more prominent on dancefloors in recent years. “It's definitely something that has grown over the course of my DJ career,” she says.

“You know, the whole point of going to the club is either to dance or pick up somebody; you're trying to interact with the room around you, so it's really something I've noticed especially as Instagram has grown as this crazy phenomenon that it is,” she continues. “When I think back to my own experiences, I think a lot of just that moment of being free when you're able to let go and you're one with the room musically. Those are really special moments, and when you're on your phone that's not happening. That's definitely why I wrote the song; it's definitely a bit of a social commentary.”

The conversation turns to her upcoming show at Glasgow’s Sub Club, where she’ll be playing all night long for Bigfoot’s Tea Party, having also played at their 10th birthday party last year. As we discuss her previous shows in Sub Club and also at Edinburgh’s Sneaky Pete’s, Guy’s passion for those kinds of more intimate club experiences is immediately evident. “Sneaky Pete's is fucking fun!” she enthuses. “I had a night off… I had played [a] festival [in Edinburgh] during the day, so in the evening I could literally have just gone to bed but instead I went to Sneaky Pete's.

“Those clubs, like Sneaky Pete's and Sub Club and stuff, those are real special places and I love playing there; I've loved playing in those kind of atmospheres,” she continues. “It's just a little bit smaller so you can connect with the audience just so much more, which is really special, then you can reach those moments as I spoke about before where you're trying to get everyone to be on the same page experiencing the same thing at the same time.”

Achieving the optimum experience is something that Guy seems incredibly passionate about. With the story surrounding Significant Changes influenced by her studies and the accompanying JMG Talks engaging people even further, Guy brings us deeper into her world, giving us a taste of her life and ultimately helping us better understand her as an artist. “That has been my life for the last ten years; science, academia – that has been the meat of my experiences… And it's so kind of funny in a way that here I now have this musical platform but no one knows that about me,” she says. “I kind of felt like, again, it was a combo of just informing people in a different way but also sharing what my life has actually been like for most of it.”