Ribeka on Mute, documentaries & developing as a DJ

“A lot of shows like this tend to ignore the evolution of dance music, almost as if music stopped after 1987 and everything’s been the same since – totally disregarding this huge cultural revolution that completely changed the habits of a lot of people.” Becky Marshall is discussing the inclusion of dance music in Rip It Up, the soon-to-be-released three-part BBC documentary on the history of Scottish pop music, tying in with the National Museum of Scotland's exhibition of the same name. “So I’m pushing the idea of dance music being covered as part of the programme. It’s kind of the most popular form of music in Scotland in many ways”

Through her role as a freelance assistant producer, she has spent the past six months bringing the series to life: “Setting up all the shoots, doing all the archive research – basically doing all the work to facilitate what the director wants the

programme to be”. A fatigue-inducing task no doubt, but one that has presented Marshall with an opportunity to bring her deep-seated musical passions to the fore.

As Ribeka, Marshall communicates these passions in DJ form, steadily carving a reputation as one of Glasgow’s finest purveyors of cold synths and industrial electronics, while also chipping in with semi-regular A&R work for pioneering industrial imprint Mute Records.

“Right now it feels like there’s a nice marriage between the different sections of my life – at least in terms of content,” she explains. “But I guess the trade-off with that is just having the time to fit everything in. That’s the eternal struggle.”

Growing up in a musical family with a big emphasis on post-punk, it didn’t take long for Marshall to tap into her appetite for music from the sonic fringes. “I remember my parents throwing a party and my dad clearing the room by playing Anthrax by Gang Of Four,” she laughs. “But from an early age, I thought ‘yeah this is for me’. I was always the weird, miserable kid sitting up the back of the bus listening to Goth tunes.” 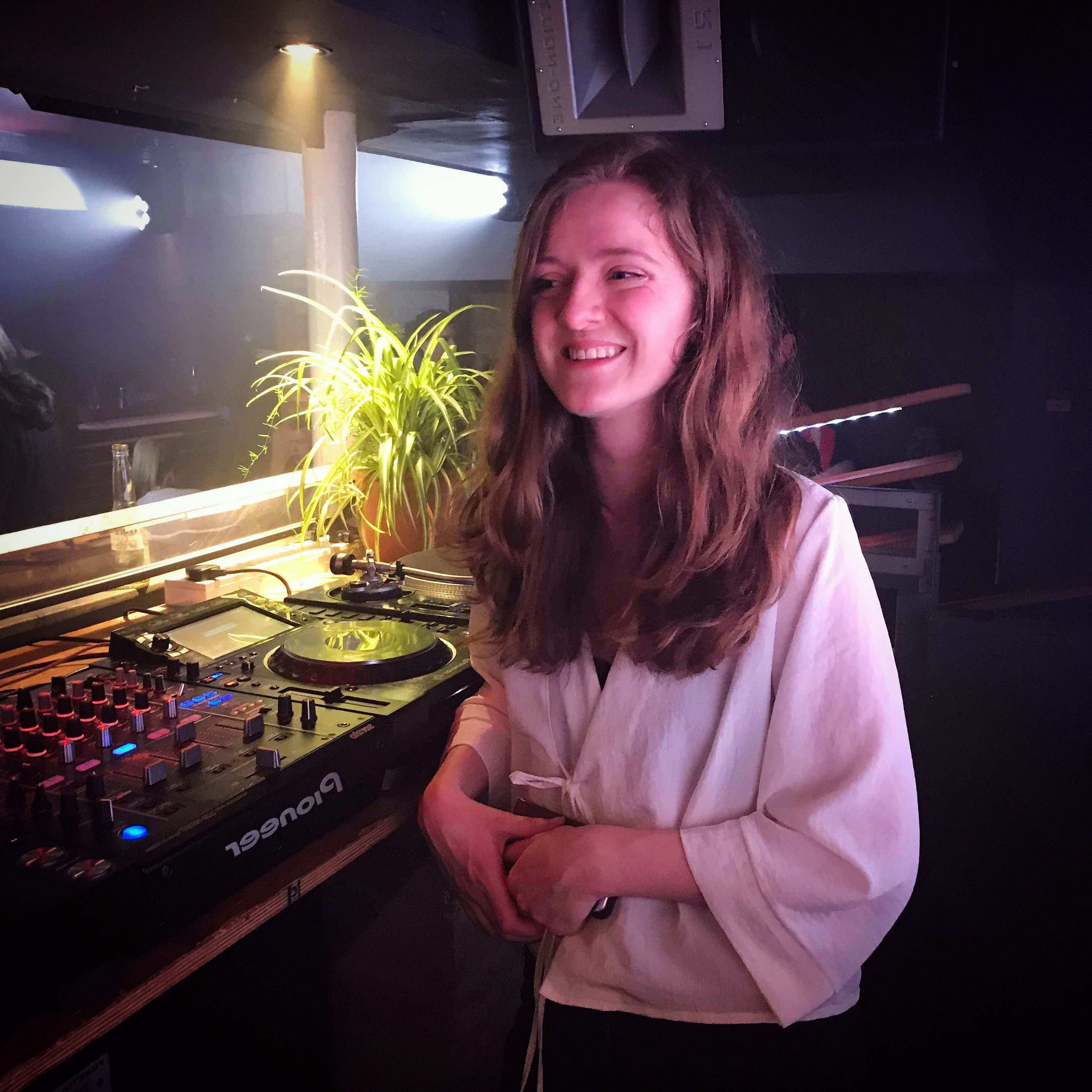 After years of avid record collecting and hogging the aux cable playing songs on YouTube at after-parties, Marshall finally took the step of investing in a set of decks in 2014 – applying for a show on Subcity Radio shortly after. “I began teaching myself how to mix, and can safely say I was fucking terrible at it,” she laughs. “The first gig I played was a Subcity party at Nice ‘n’ Sleazy – it was very much a case of learning on the job – and from there a few other people started asking me to play.”

While continuing to develop her technical skills, it was the art of persuasion that led to her most significant musical breakthrough to date. Along with friends Iona Fortune and Katie Shambles, Marshall was successful in bullying Optimo’s JD Twitch (aka Keith McIvor) into starting So Low, a club night dedicated to the darker recesses of synth, wave and industrial music. “Keith reluctantly agreed to do this one-off night and straight away it was a massive hit,” she recalls. “The crowd was a really amazing mix of young and old and it made for such a glorious dancefloor experience.”

So Low acquired almost instantaneous cult status, and Twitch agreed to continue with the night on the proviso that Marshall, Fortune and Shambles made it their own. The trio’s wide-spanning leftfield tastes began drawing attention from further afield, and when Mute Records’ visionary label head Daniel Miller enquired about the possibility of employing regional scouts for the label, Twitch wasted no time in steering him Marshall’s way.

“They offered me a full-time A&R job in London, which was a crazy situation to be in because I’m a complete Mute geek,” she jokes. “My 21st birthday gift was Mute audio documents – like the entire back catalogue of Mute with all the rarities and B-sides – and Daniel Miller is one of my all-time heroes. So sitting there having lunch with him and being offered a job was a bit overwhelming.”

Despite this, Marshall made the painstaking decision to turn down the full-time offer, instead opting for a more relaxed arrangement that allowed her to stay in Glasgow. “The timing just wasn’t right for me to move to London, so we decided that the best thing for both parties was if I became a kind of freelance consultant for them.”

Marshall was tasked with talent scouting for Liberation Technologies, the electronic-oriented wing of the imprint, that’s previously released music from the likes of Lukid, Mark Fell and Powell. “The only reason that Lib Tech exists is because Daniel’s still so passionate about releasing new music. It’s not a financial part of the business, it’s purely a thing that exists because he feels that he has a responsibility to continue uncovering new music.”

Fast-forward to 2018 and Marshall is yet to commission a release, but is quick to assure us that she's sitting on a tonne of exciting new music. The next gig in the diary is a particularly special one: not only will she be joined in the booth by close friend and regular back-to-back partner Sofay, but the night itself has been organised by a graduate of Grassroots Glasgow – an initiative that both DJs have been heavily involved in.

Through a combination of DJ workshops and panel talks, the project aims to encourage greater female representation in Glasgow’s music scene, and Marshall enthuses about its successes. “Lisa’s running club nights, while another girl Idman that we taught just did a mix for 12th Isle that’s ended up in the Resident Advisor top mixes of the month – it’s amazing to see how far they’ve all come.

“People that like a year ago maybe wouldn’t have considered getting behind a set of decks and now they’re putting together such interesting things. I think it’s been a really positive thing for Glasgow.”

Yet despite this positive impact, Marshall is quick to stress that the city’s scene still has a number of issues needing ironed out – none more so than the unwillingness to give female DJs headline slots. “My frustration is that I think there are a lot of women who deserve to be playing headline slots but are still predominantly playing warmup sets instead,” she laments.

“For instance, Sofay’s one of the best warmup DJs I’ve ever seen and part of the reason for that is because she was held back so much – which is so wrong. She’s worked so hard for eight years and has all this experience behind her from going through such a long period of being a warmup DJ.

“I think the frustration for me now is wanting to make sure that those people who’ve worked really hard are getting the opportunities to play the bigger room slots, because that’s a whole other skill to learn, and if you don’t offer women the opportunity to play peak time slots then they never develop that skill.”

But for Marshall, the clear signs of progress have been encouraging – both with Grassroots and on a personal level. When probed on whether she sees her music industry work surpassing that of her current day job, she offers a pragmatic response. “I think so,” she says cautiously. “I’ve tried to cut my hours with the BBC so that I’m only in four days a week, but it’s all pretty up in the air at the moment.”

“My life’s one big balancing act, but I feel very fortunate to have had so many amazing opportunities, and I’m just enjoying the opportunity to do stuff in music.”