On creating and collaborating

Scott Duncan: I can't exactly remember what order things happened in, but I think I added you just because I was interested in your books. Then, during the first lockdown, I made a zine that was about Dundee – maybe some of the less salubrious, kind of undercurrents of Dundee – and you asked me to send you one.

Vinca Petersen: Yeah, I remember thinking it's a free zine and about the place I'm going and can't believe it… Then I think we started chatting on Instagram. Basically, I was imagining coming to Dundee and putting up this great big thing on the wall that I've made and thinking I want to reflect that somehow in the local area, and you became my kind of [way in] to Dundee.

SD: I'm really glad that you did decide to look locally to see what kind of things were happening or had happened.

VP: It's also a thing of gathering people that you feel comfortable with around you to create, so I think we made that without any particular aim. We just wanted to create something using my momentum and your resources and talent.

SD: It's interesting how it came together, obviously with both of us being collectors of things. And I suppose the zine was about putting out some of those types of things, but also about preserving things and trying to gather other people's things as well.

VP: It's always interesting how little value some of this has, but it's the kind of social history of the last 20/30 years. And so much has been digitalised, but I still love something you can hold in your hand. The sugar paper we use for the cover, which was your idea, just feels great and that's important, too. It was this two way idea of us wanting to give beyond the walls of the museum, but also then inviting others to participate and come in somehow.

SD: This ties in with a lot of the themes in your work about democratising things and bringing in outsiders. It's good to be able to bring people's voices into a space like the V&A, where they might not traditionally go or be that comfortable there.

VP: I think in the art world things can become dehumanised quite easily, like the size of the buildings, the sort of cleanness...everything that people associate with a big gallery: big, white, wide open spaces with often quite monolithic artworks in there. That's all slightly terrifying for an animal, the animal in us. It's much easier for me to work on a different level.

SD: I made a couple of notes about zines, like the reason that zines appealed to me, making zines anyway. It was just the DIY nature and it was outside the mainstream. It's just because it was easily accessible, and it was rough and ready, but you could get good results. For zines it's not really the medium, it's more the freedom really.

VP: Oh my God, that's like a poem… It was just such a joy to be able to find someone to make something very simple, like you say, in this DIY way… We just got together and did it because of the creative drive in us and our archives. 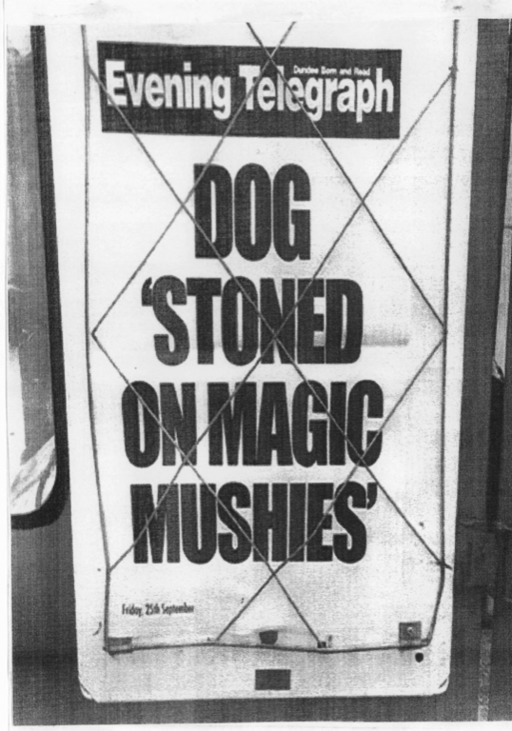 On clubbing and community

VP: I don't go clubbing that much anymore because it's exhausting, but I love dancing and I love dancing with other people. I love the silliness that comes about and the collective joy, the collective experience of being with other human beings and throwing your body around. That's what clubbing always was to me. In my work now I'm exploring ways of taking those very important human things out of the club… just the age old need for us humans to gather and celebrate the ritual around those simple needs and wants and joys.

SD: I suppose one thing for me, when I first got into raving and clubbing, was a sense of identity and belonging, and a community. That was something that appealed to me. It was something that was ours, rather than something that was secondhand. I was into some of the music before, like the first kind of dance music I was into was breakbeat, early jungle and drum and bass, but before that I was into heavy metal and hip-hop. And, although I enjoyed them, I somehow didn't really feel like it was our type of thing.

VP: Well, also, in those situations you're definitely the audience. Whereas with dance music you're essential to it; you're essential to the music. But that community thing, that's a massive thing. I think if we drew a graph, we could probably almost see the sort of destruction of society and community, thanks to Thatcher etc, and the rise of our desire to create our own communities. To this day, it's one thing that worries me. Although, when I talked about my experiences of clubbing it was all very cheesy and joyful, and then you were telling me that some of the Scottish clubs were pretty hardcore. It wasn't always a fun, joyful experience. It could be quite intense.

SD: I suppose, thinking about that, when I first started going to clubs you were confronted by real violence... There was a mixture of people that went… It was a wee bit dodgy, but it gave it a wee bit of an edge maybe when you were younger. I wouldn't like it now, of course.

VP: It was exciting, definitely. In all the illegal raves I went to there was always a dark undercurrent... It was kind of like the heady mixture of a free, unpoliced environment that anyone could come into, and then I guess on the dodgier side, people making money. And whenever there's money, there's trouble.

SD: When I was making zines and stuff, a lot of it's about just collaging, writing and images from disparate sources. For me, it feels a wee bit like a visual sampling technique, where you can bring in any other things that you can reference, other people's work, and just take things from reality and make it into your own thing.

VP: That's sort of the way humans experience things, isn't it? A little bit of that, and a little bit of this, and it all gets mixed up; and then you create your own personal culture within that.

SD: I really enjoyed seeing your work, and I found it tender, utopian, and quite funny… Obviously it's deeply personal because it's all your own stuff – it's diary entries and stuff like that – but it was almost like you kept hold of the memory and then made it accessible for other people to see themselves in your experiences.

VP: Yeah, I mean, when I first created it a few years ago my greatest fear was that it would seem like it was about me. But like you say, I don't really know how or what kind of alchemy happened, but it worked in the sense that it suddenly seemed to become a mirror. So everyone found a way of relating to it. Going back to what I said before, I don't like art that sets itself back from the audience. Just as dance music needs its dancers, that work needs its reflective qualities in other people.

SD: There is a universality in it, definitely, I think.