Looking to end your year with a new book? Wanting the perfect gift for someone? The Skinny team are here to share their favourite books of 2021

What happens when your ex turns up, they've detransitioned and they're inviting you to be part of a parental throuple now they've unexpectedly conceived as part of the casual sex relationship they're having with a colleague? The story is juicy enough, even without the sumptuously shimmering characters and voices Peters creates, all as sharp as an orphaned elephant's tusk – read it to fully get that last part! Adam Benmakhlouf (Art Editor) 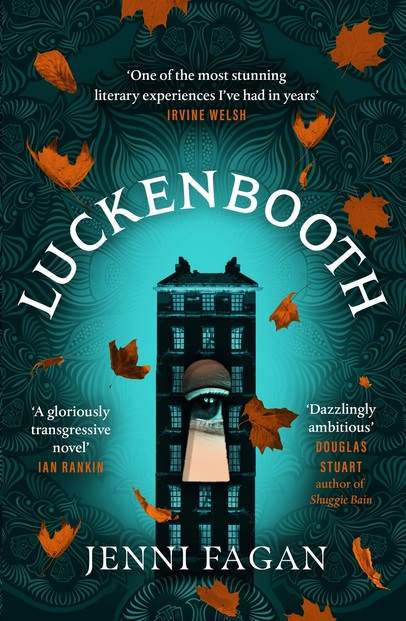 One of the first publications of what became a fantastic year for Scottish literature proved to be one of the very best. Jenni Fagan’s Luckenbooth arrived with the highest of expectations but exceeded those with ease. Everything about it dazzles – the structure, the characters, the language, and the writing itself. Stories unfold over different decades of the 20th century and on the various floors of No 10 Luckenbooth Close, a building with magic and madness in its very walls.

The mood Fagan creates is supernatural, strange and sensual as she reimagines Edinburgh as a city where secrets are hidden, but never for too long. The truth will out. Make no mistake, Jenni Fagan has written a truly great Scottish novel, one which will be read, discussed, and celebrated for years to come. Alistair Braidwood (Books Team) 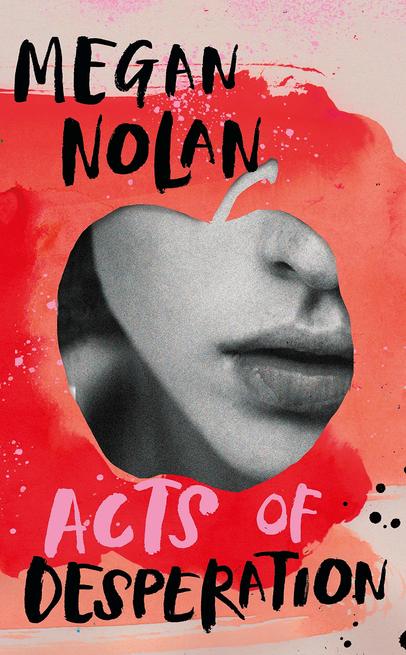 This book caused me to have a full-blown existential crisis, which is perhaps the highest compliment that can be paid to a work of art. I quote it ad nauseum to bewildered friends, I press it agitatedly into strangers’ hands.

It is, on the surface, a relationship novel, but Megan Nolan’s penetrating insight turns it into so much more: a devastating stripping back of the gendered and politicised conditions that shape desire, a revelation of the unnerving ways we are made vulnerable to others in unequal systems. Its crisp, knowing prose is unparalleled, its anger remarkable. Anahit Behrooz (Events Editor) 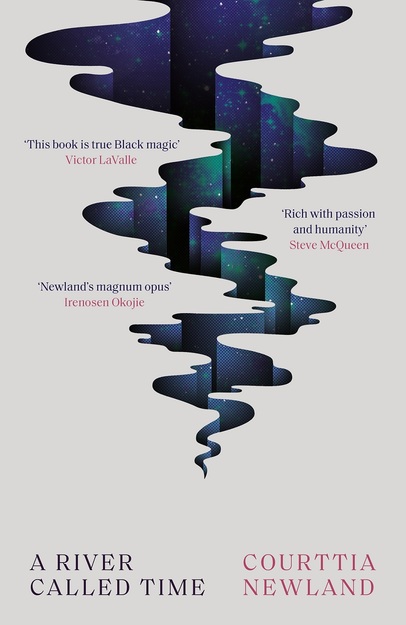 Courttia Newland’s A River Called Time is a transportive and highly imaginative novel. Marrying a speculative timeline of human history with the very issues plaguing our world: climate injustice, violence, poverty and destructive capitalism; it is as haunting as it is moving. Five months on and I still think about this novel at least once a week. When a writer is able to hold onto your heart and mind like that… well it is truly an exceptional feat. Andrés N. Ordorica (Books team) 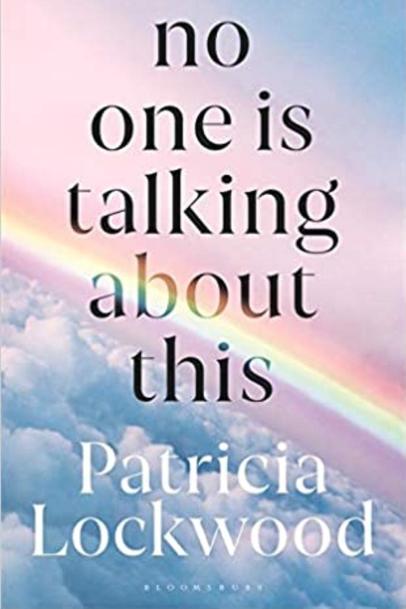 No One Is Talking About This by Patricia Lockwood (Bloomsbury)

This is a beautiful book, both outrageously funny and completely raw in its empathy and sadness. It’s partially set in the world of incredibly-online, which Lockwood writes from with wonderful insightfulness and humour; at once validating and gently mocking. She writes in fragmented paragraphs, but is at once able to weave an emotionally complex narrative while flexing the poetry of her writing. Beth Cochrane (Poetry columnist) 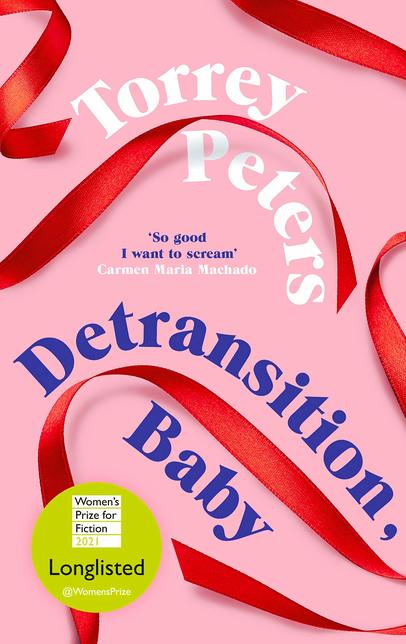 Whip-smart, funny and very very trans, this book continually astounded me with its nuance and incisiveness. The vividness and vulnerability of the writing made me fall in love with Reese, Ames and Katrina in all their flaws, and the nail biting tension of watching those same characters hurtle towards their own self-destruction often had me shouting at the book in my hands. Peters doesn't flinch from the absurdities and harsh realities of trans life, but the darkness is always tempered with moments of hard-won tenderness and joy. Eris Young (Books team) 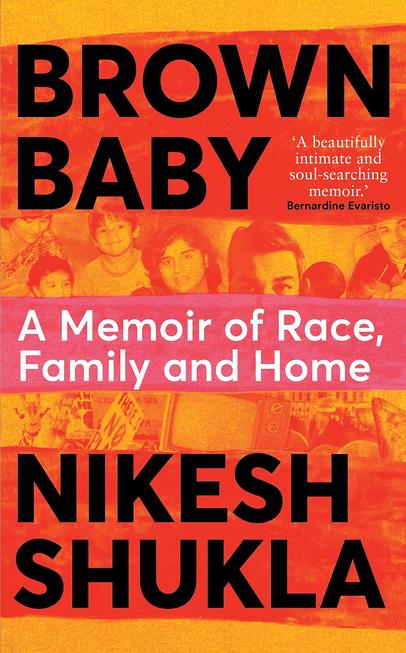 Once in a while a book comes along at just the right time. I finished reading Brown Baby the day before a significant bereavement and found a great comfort in Nikesh’s own story of family, legacy, and loss, as well as hope and joy. It’s such a brilliant and heartfelt book, one that for me transcends a typical great read by entwining itself within something personally meaningful that acted as a beacon. I had a lot of joy this year, but it’s this darkest spell that defined my 2021, and this book was my little light within that. Heather McDaid (Books Editor) 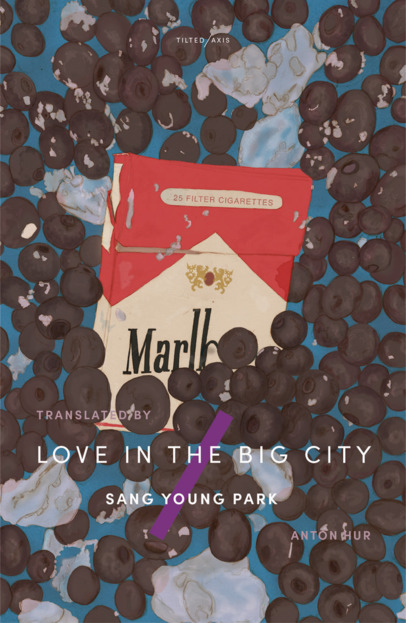 Love in the Big City’s protagonist, Young, is a hot mess express, rocketing through millennial, urban, queer life with his hands off the wheel. Anton Hur’s translation of Sang Young Park’s acerbic novel sweeps through the sprawling, ever-morphing emotions of how it feels to be young, ambitious and insecure in the city – but it always conveys Young’s internal turmoil through vibrant, generous, razor-sharp writing.

Love in the Big City is a novel about the ever-battered human heart, but it’s also a novel about an artist finding his voice, a society caught between generational strife, and the struggle to carve out your own identity in a big, cynical world. Katie Goh (Intersections Editor) 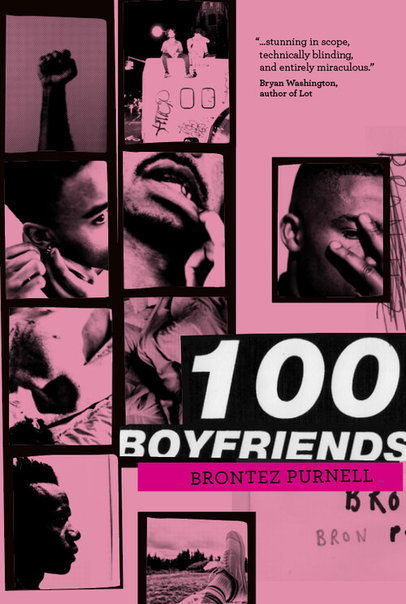 The speed with which Purnell whirls through these snippets of a life well (or not) lived is dizzying and heart-breaking. He speaks in fragments that lyrically recall times with and without the men in his life, and the book’s sleazy vulnerability will remain burned into your mind’s eye months or years after reading it. It’s not quite a novel, not quite a short story collection, maybe an autobiography? Either way, steel yourself: 100 Boyfriends is a book so well-written it’s genuinely infuriating. Kirstyn Smith (Books Team) 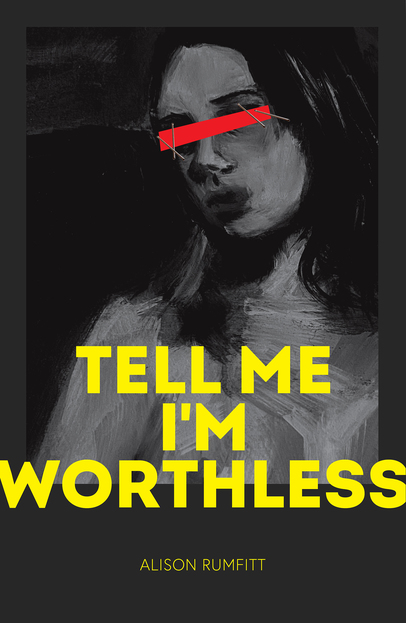 A group of friends spend the night in an abandoned house. Three years later, Alice is selling videos of herself online to make money, lonely and depressed, going to parties with people she hates. Ila’s on the frontline of the TERF wars. Neither of them have seen Hannah since they left her in the house. Darkly funny and disruptive, Tell Me I’m Worthless is truly transgressive trans fiction.

A horror novel so contemporary it feels like it’s being written as you’re reading it, this won’t be for everyone – the trigger warning at the start is worth reading and heeding – but it’s a brilliant, vital book that gets into your head and under your skin, just like its haunted house. Michael Lee Richardson (Books Team) 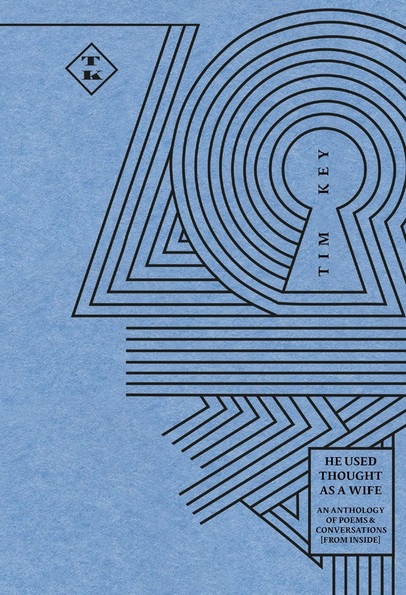 He Used Thought As A Wife by Tim Key (“Utter” & Press)

Humble introspection, biting social commentary, zooming in on the absurd or panning out to tackle life’s bigger questions. There are many options when writing about The Lockdown, and poet and comedian Tim Key goes for a bit of everything in He Used Thought As A Wife.

The stanzas are short, blunt flights of fancy, where blank-faced heroes socially distance on literal stilts, or face volleys of abuse from their contact tracing apps. Meanwhile, the interstitial narrative –  a comedian stuck in his flat with just his Amazon wishlist and a growing family of mice – is a melancholic, deeply affecting reminder of just how lonely 2020 could be. Peter Simpson (Digital Editor / Food and Drink Editor) 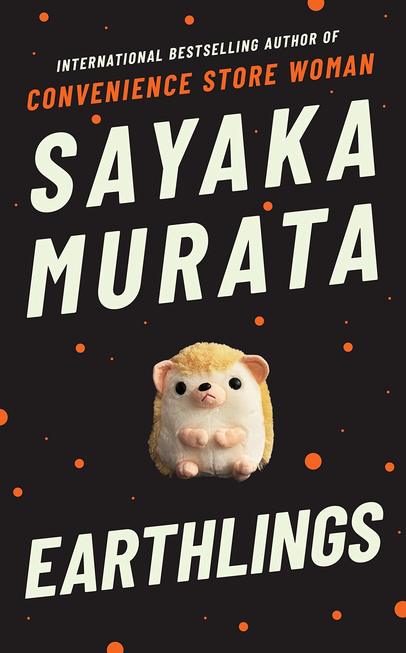 Murata’s second translated work, Earthlings, is a novel which has left an impression. Its unflinching violence and simplistic prose team to make a gravely comic exploration of societal expectations and trauma. TW pretty much everything you can think of, each plot point blindsides the next and results in a highly surprising and highly readable 250 pages. Polly Glynn (Comedy Editor)

Honourable mentions:
The Housekeeper and the Professor by Yoko Ogawa (Vintage)
Hungry by Grace Dent (borrowed from our very own Tallah Brash) (Mudlark)
The Remains of the Day by Kazuo Ishiguro (Faber) 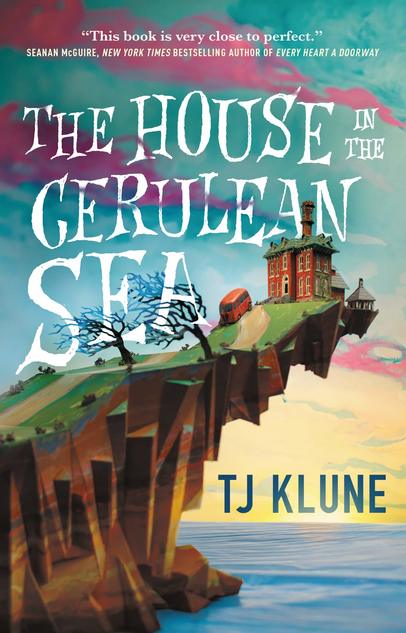 The House in the Cerulean Sea by TJ Klune (Tor)

Whimsical and charming, The House in the Cerulean Sea centres on Linus Baker, a caseworker at the Department in Charge of Magical Youth, who is tasked with looking into a secluded orphanage that houses six dangerous children – although the term “dangerous” is definitely relative. A were-Pomeranian, a floating green blob, a sprite, a wyvern, a gnome… and a six year old boy who is literally the Antichrist. Their caretaker, Arthur Parnassus, is a man who carries his own secrets, and is fiercely determined to protect these children from a world who would judge them for what they are, rather than who they are.

As Linus finds himself enchanted and welcomed into this found family, and increasingly drawn to Arthur, he must decide whether the rules are always worth following. This is a book that will make your whole soul happy, and leave you wishing you had more time with these brilliant characters. Sim Bajwa (Books Team)

Honourable mentions:
A Fatal Thing Happened on the Way to the Forum by Emma Southon (Oneworld)
In the Dream House by Carmen Maria Machado (Serpent’s Tail)
Malibu Rising by Taylor Jenkins Reid (Hutchinson)
The Manningtree Witches by A.K. Blakemore (Granta)