If you're looking to squeeze a few more great books into 2020, here are The Skinny team's favourite reads from across the year

We don’t need another article telling us how bad 2020 was: instead we’re focussing on a small beacon of good – the year's best books. To end the year, some of The Skinny’s book team and editors have picked their favourite reads that have seen them through this tumultuous twelve months; some published in 2020, some not, but all excellent. 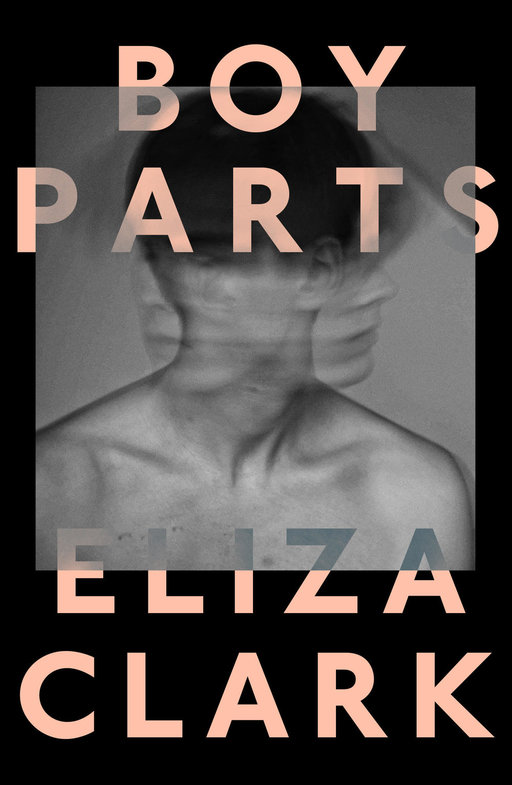 I wasn’t really sure what I made of Eliza Clark’s Boy Parts until I reached the end, put it down, picked it up again, shelved it, unshelved it, and then spent an hour reading parts of it out loud to my therapist. The narrator is unspeakably vicious (the real deal, no manic pixie unlikeable female character here) and most of the proceedings deeply unpleasant, but every moment is also so heart-stoppingly incisive that I simply cannot get over it. – Anahit Behrooz (Events Editor) 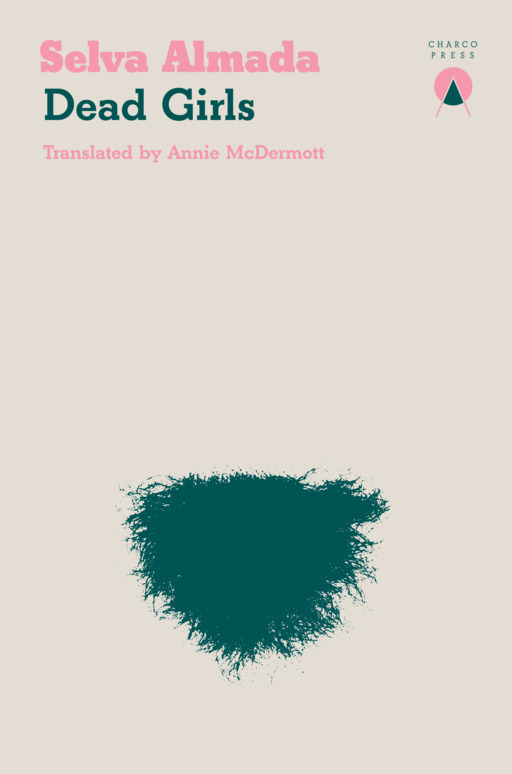 In this translated work, Almada explores the harrowing pervasiveness of femicide in Argentina during the 1980s. This novel deftly weaves journalism, memoir, and fiction together to tell the tales of 19-year-old Andrea Danne, 15-year-old María Luisa Quevedo, and 20-year-old Sarita Mundín.

Three women whose deaths go unpunished and whose stories are largely left to be forgotten decades later. I was in awe of Almada’s use of journalism fiction to give voice to these women. It is a profound novel and call to action still relevant as activists continue to take to the streets throughout Latin America to decry, ‘ni una más’ (not one more). – Andrés Ordorica (Books Team) 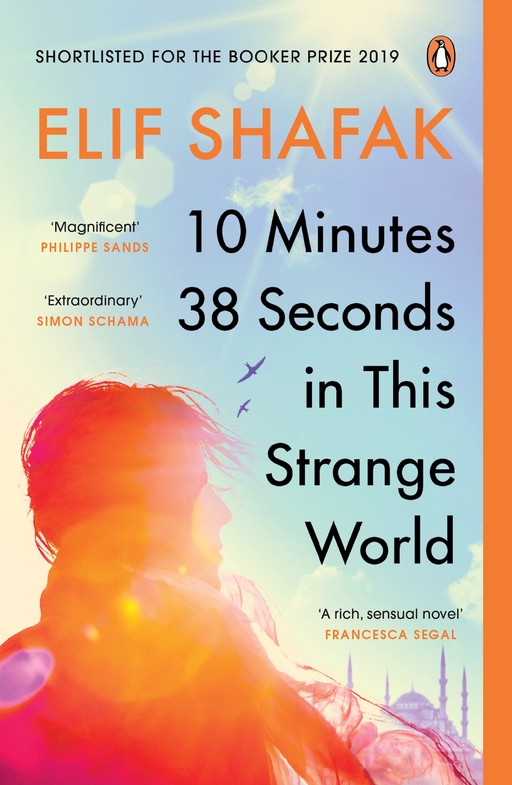 Before Tequila Leila’s body is found, her consciousness lingers. It leads the reader on a sensory journey through Leila’s life in Istanbul; from being buried in salt as a baby, to an acid attack in the brothel where she works, to her friends searching for her body in the Cemetery of the Companionless. Shafak’s Booker Prize-shortlisted novel is a beautiful journey meditating on life, death and friendship. – Beth Cochrane (Books Team & Poetry Columnist) 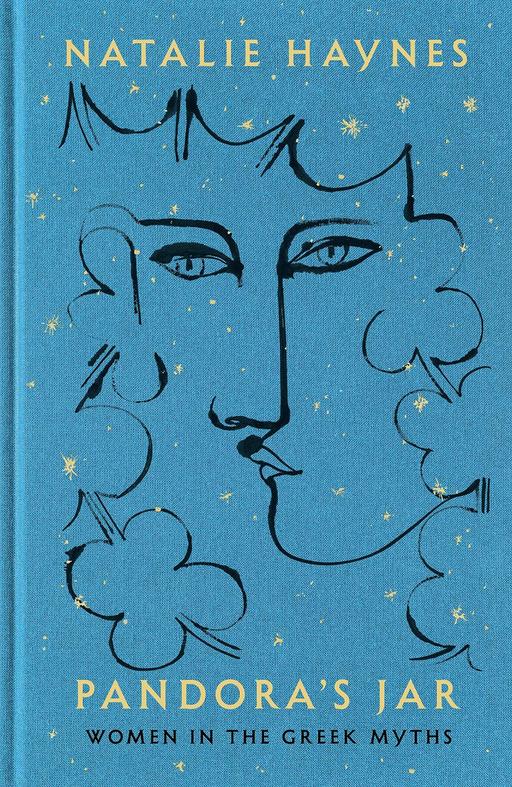 Novels which recentre the narratives of Greek myths to the perspective of their overlooked female characters have taken off in the past few years. Natalie Haynes’ most recent contribution to that genre may not take the same novelistic form, but it’s an invaluable work which revisits names we know so well as “bad” or “stupid” women – Pandora, Helen, Medea – and goes back to the classical texts to add that which is lacking in our modern understanding of these characters: nuance and sympathy. A vital counter-commentary to the disservice so often paid to nonconforming women by history and the media. – Emily Hay (Books Team)

No book I read this year was as appropriate to the current moment as Glitter + Ashes. Each piece isn't just a post-apocalyptic story but also a celebration of hope, community, queer joy and the radical act of survival in the face of devastation and loss. Featuring some of my favourite queer and transgender authors, as well as some I'd not yet read but soon fell in love with, each story posits an apocalypse not as the end of the world but as the beginning of a new one, where the marginalised and different might be best placed to survive. – Eris Young (Books Team) 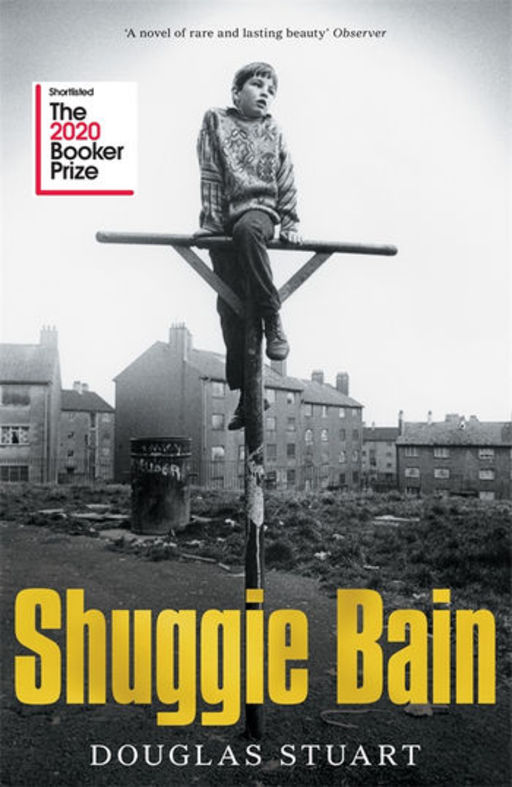 When I challenged myself to try reading all of the 2020 Booker Prize longlist earlier this year, I didn’t know what to expect from Douglas Stuart’s debut novel. What I found was devastating brilliance. Centring on the eponymous Shuggie and his relationship to his alcoholic mother Agnes, it’s a book that beautifully balances a gritty, unflinching portrayal of living in poverty in early 1980s Glasgow with a truly heart-rending tale of a son’s unwavering devotion. – Eugenie Johnson (Books Team)

It’s on the streets of Newcastle that Irina is scouting new male models. Offered an exhibition, she could revive her career... but then there’s Eddie from Tesco, and in the midst of their destruction lies a visceral, sharp, messy book that I just couldn’t put down, and even months after the fact it’s still my go to, throw-this-book-at-folk recommendation. I keep seeing it compared to American Psycho, but honestly American Psycho wishes. It’s so dark and compelling and unpleasant and effortless. – Heather McDaid (Books Editor) 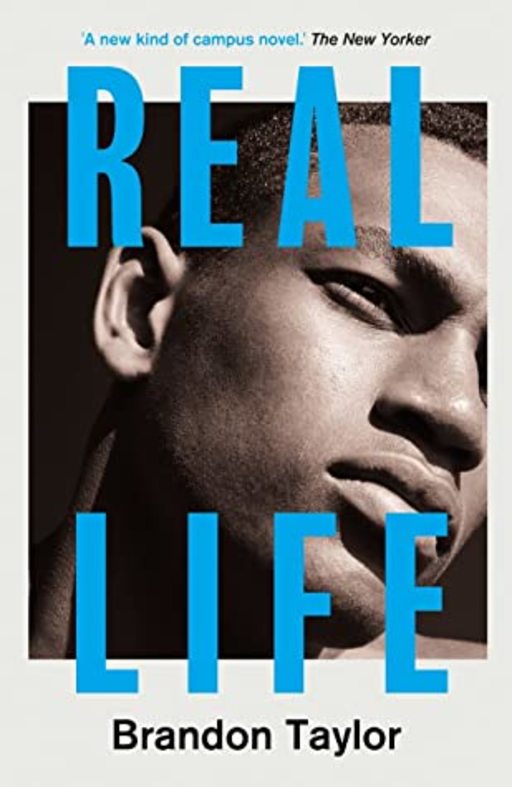 Have you ever felt completely alone and on the edge of things? Then you'll probably fall hard for Wallace, the gay black biochemist protagonist of Real Life. He finds himself adrift and in freefall on an all-white Midwestern university campus surrounded by a group of friends and colleagues whose casual racism and indifference to his feelings is slowly grinding him down – and the more he buries his emotions, the more your blood will boil. Flashback chapters hit like runaway trains while the strikingly beautiful prose – replete with imagery of the decay and contamination that Wallace finds all around campus – is peppered with darkly morbid humour and moments of grace. – Jamie Dunn (Film Editor)

Honourable mentions:
Make My Day: Movie Culture in the Age of Reagan by J Hoberman (The New Press)
Intimations: Six Essays by Zadie Smith (Penguin)
Swimming in the Dark by Tomasz Jedrowski (Bloomsbury)
How Not To Be Wrong: The Art of Changing Your Mind by James O'Brien (WH Allen) 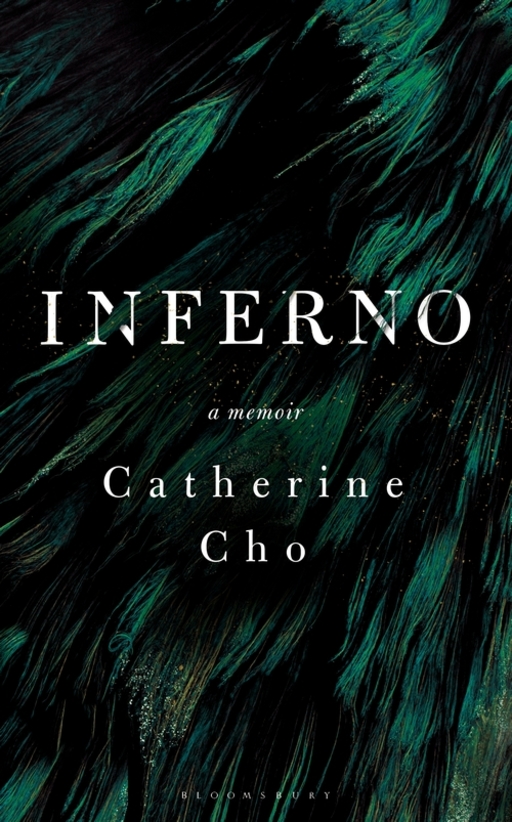 This happened to be the first book I read in 2020; nothing I’ve picked up since has left the same impression. Believing she had fallen into the flames of Dante’s Inferno, Cho tells her experience of motherhood and madness. Powerful and poignant, she holds a light up to postpartum psychosis through shifting memories and her subsequent recovery. She does this all beautifully and thoughtfully: “Pregnancy had brought a list of worries – episiotomies, prolapse, pre-eclampsia. I was so preoccupied with the idea of losing my body, it had never occurred to me that I might lose my mind.” – Julie Vuong (Books Team)

Honourable mentions:
A Bite of the Apple by Lennie Goodings (Oxford University Press)
How Much of These Hills is Gold by C Pam Zhang (Virago)
Tiny Moons: A Year of Eating in Shanghai by Nina Mingya Powles (The Emma Press) 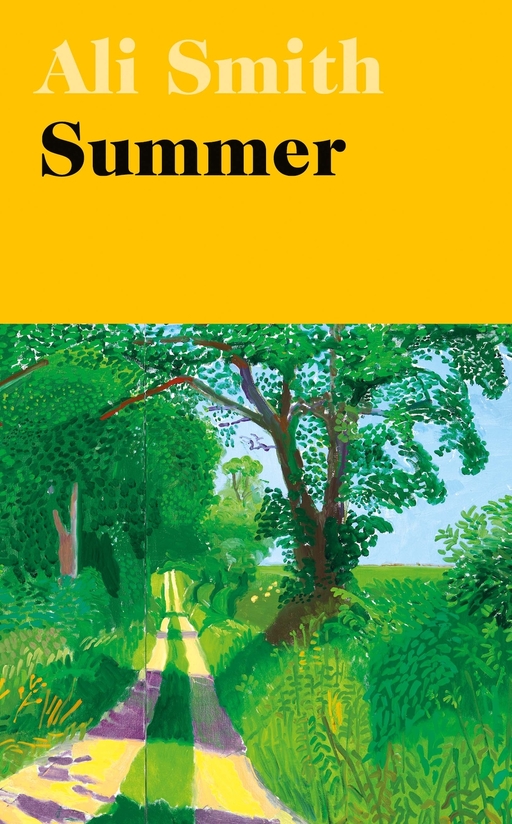 Ali Smith’s seasonal quartet, the labour of the last four years, came to a conclusion this year with Summer. Old friends from Autumn, Winter and Spring reappeared as Smith drew lines between, well, everything: war, COVID-19, Einstein, Britain’s past, Britain’s future, immigration, sickness, faith, compassion, art. These seasonal books have been a gift each year, reminding their readers that you is not so different from I, and winter is not so different from summer. They’ll be sorely missed. – Katie Goh (Intersections Editor) 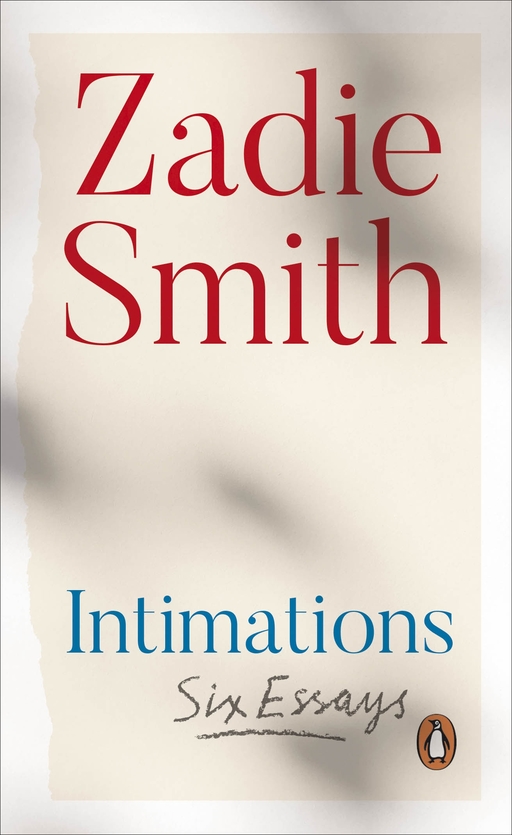 In a year like no other, reaching for writers you admire for their take on the strangeness of it all is like a gift. Zadie Smith’s Intimations – a short book of just six essays – explores her thoughts at the very start of the pandemic. Does isolation change how we feel about people? How do we process suffering? Written in the early months of lockdown, and published in quite remarkable speed, these essays have the power to resonate with the reader now but also decades ahead when, hopefully, the pandemic is just a fading memory. – Rebecca Smith (Books Team)

Honourable mentions:
Notes Made While Falling by Jenn Ashworth (Goldsmiths Press)
A Spell in the Wild by Alice Tarbuck (Two Roads)
A Tomb with a View by Peter Ross (Headline) 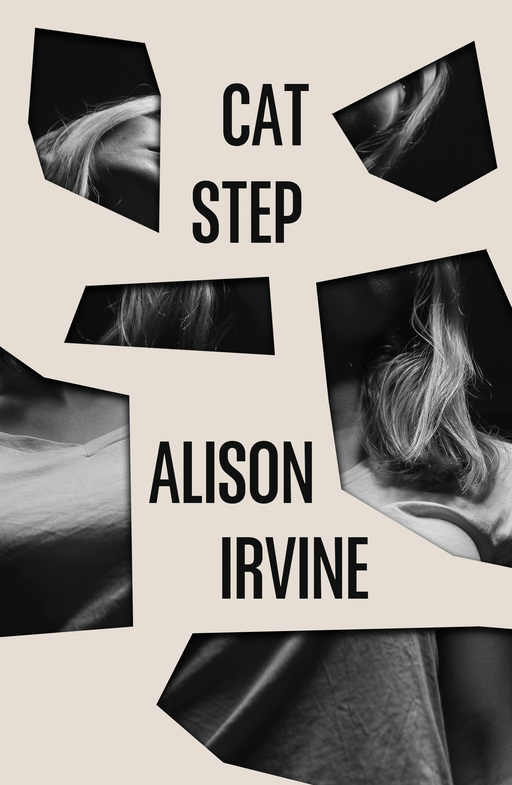 Cat Step has so many threads shimmering under the surface, from the way society treats single mothers and the unrealistic expectations we have of motherhood, to the messiness and destruction of grief and depression. Liz moves to a small Scottish town and makes a split-second decision to leave her daughter in the car while she pops into the shop. Everything she does after this point is viewed by her neighbours through a lens of suspicion and judgement. As a protagonist, she’s impossible to look away from, and her story has clung to me since I finished it. – Sim Bajwa (Books Team)