It’s difficult to know which most frazzles the mind: the fact that it’s the best part of two years since Helen McClory tweeted that her manuscript was now in the hands of her agent and doing the rounds, or that it’s now four years since we last spoke (an illuminating insight into her debut novel Flesh of the Peach). This time around, McClory, with that new work to be published by Scottish independent Polygon Books, chose to set herself a new creative challenge. Bitterhall, a chilling and affecting tale of three friends whose lives are shaken by an apparent haunting, is told Rashomon-style: the same events replayed from three different perspectives.

"I do worry," says McClory, as we catch up by phone on a grey March afternoon. "I wonder if it will reach readers. And then I’ll have to deal with how they enjoy or don’t enjoy it! But I think the biggest worry with the structure is that you're going to go over old ground and bore the reader. Can I balance story progression but also call back to earlier chapters? Are readers able to follow it because it’s coming from that different perspective? That’s easier with Orla, obviously, but becomes harder with Tom."

Bitterhall is elevated by an irresistible cast of characters, not least the mercurial Orla. She and boyfriend Tom enter the life of the book’s first narrator Daniel as he toils in the basement of an unnamed Scottish university, creating 3D-printed copies of historical artifacts. They each have their own stake in how the present walks in the shadows of the past: not least the troubled Tom, whose closing section expands the scope of the narrative with artful guile.

"The book began with Daniel: this sort of unreliable narrator, almost," McClory confirms. "I then realised that we needed the viewpoint of the other characters to tell that story in a full way. I like the idea of layers of unreliability, so that you get this prism effect and can see what might be a version of the truth coming from the three of them all together."

That truth is undermined by the presence of a book that ultimately comes to obsess all three main characters: a seemingly nineteenth century journal by one James Lennoxlove, master of Bitterhall, who relates the details of a disturbing murder. "There are houses and there are books in this story," says McClory, "and they function in a similar way: a book can be a residence just as a house can, and there is this idea that the house that Daniel and Tom live in has this sense of an old book – it has many pages, many corners and tangents to get lost in. I wanted that kind of idea – that there is a narrative to places and a narrative to presences." Those places and presences do much to colour and shape the book’s delightfully metaphysical sensibilities. 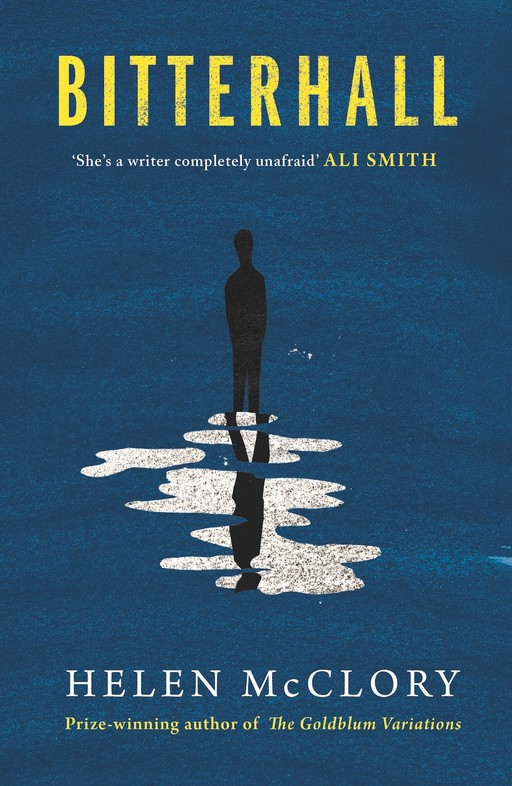 Throughout, Bitterhall is genuinely frightening. Crucially, it is Orla who eschews convention, and becomes energised by the possibility that she might actually be experiencing supernatural events. McClory laughs, "I wanted to have that! I wanted to have her being interested in the idea of spirits and in a confrontational way, so that she is saying: okay, this is something on the other side of reality. Conversely, I wanted Daniel, who is quite a dreamy character, to be quite cynical, doubting that ghosts exist — which goes against the way he presents himself."

One of the book’s narrative conundrums is whether Tom, who gradually comes to question whether he himself is haunted, actually is. Readers will form their own view. The ambiguity is delicious rather than frustrating. "Is he actually connected to this figure from the diary, and is he being taken over by them in some way – or is it obsession? Is it something in himself that he is not acknowledging, such as his sexuality? Toxic masculinity: is that what has warped him or is it some sort of mental breakdown that was always going to be inevitable because of events within his life? I didn’t want the book to be like a thriller that is eventually easily resolved. I wanted the reader to have all of the pieces there and the option to build some strong conclusions with them."

Bitterhall, McClory’s finest achievement to date, is many things: a mesmerising neo-gothic yarn; a technically adroit act of storytelling; a showcase for McClory’s poetically rich prose; and a deeply moving story of three broken young lives. It’s the latter element that lingers once the book is closed. McClory is pleased to hear it. "Well, that means it works. Something so satisfying for the reader is what every writer wants: to bring forth compelling characters that have, in a way, haunted you."

Bitterhall is out 1 Apr via Polygon Books, with an launch event hosted by Lighthouse: Edinburgh's Radical Bookshop on 1 Apr – tickets here
birlinn.co.uk/product/bitterhall/