There's No Such Thing As An Easy Job by Kikuko Tsumura

Kikuko Tsumura's new novel is a deadpan look at the sometimes-mundane, often-surreal and ever-changing world of the 'easy job'

It’s easy to see the appeal in work that makes us feel nothing: it’s low effort, low stakes, little thinking, you get paid and go on with life. That’s exactly what the protagonist in Kikuko Tsumura’s There’s No Such Thing As An Easy Job wants. And it’s exactly what she gets, time and time again – initially.

First, she spends hours watching an author, who allegedly has contraband in his home, through hidden cameras. In theory there is no job easier than watching a recording of a man in his home all day and taking notes. As time goes by she gets invested, shaping her own life to his, lifting doses of inspiration for dinner, or critiquing his latest writing exactly as it happens.

Next comes the bus company, where their adverts seem inexplicably tied to the fate of the local area’s companies, then crafting rice cracker advice which garners more followers than she could have imagined. On and on she continues with roles that expect little of her, but make an inexplicable impact.

In navigating 'dull' jobs, it’s in the deadpan delivery of mundanity where the book succeeds – each job gradually reveals its quirks, connections or downright surreal nature, allowing the humour and strangeness to catch readers off guard. A droll look at work life, it’s a slow build to a simple idea: the search for meaning can rest in the most unexpected places. 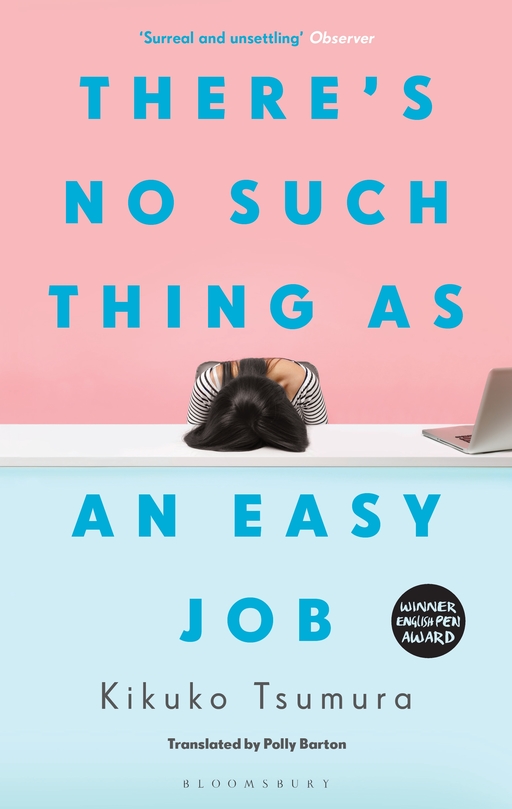