The Manningtree Witches by AK Blakemore

Think of witch trials and Salem will come to mind; perhaps Pendle too. Many will not be familiar with Manningtree. Part of the East Anglian Witch Trials, it’s believed 300 Manningtree women were accused of witchcraft. With her first novel, The Manningtree Witches, AK Blakemore writes these forgotten women back into the history books, fleshing them out with skill and empathy.

Blakemore is a poet by trade, having released two full-length collections of poetry, Humbert Summer (Eyewear) and Fondue (Offord Road Books), and it most certainly shows – in all the right ways. When we meet the townsfolk in this part of Essex, we can see their teeth stained with tobacco-chewing, sporting necks like ‘fat hog’s wattles, baggy and discoloured and appalling’. We breathe in the air, filled with fear and the ‘foul blasts from chimneys’, and ‘sour with the smack of horse dung’.

The filth and reality of Manningtree are captured through the eyes of Rebecca West. She’s the pox-scarred daughter of infamous local character Bedlam West, living in everyday drudgery. By all respects Rebecca is an innocent; yet to be innocent of witchcraft is all but impossible in Manningtree if you are a woman.

Under the suspicious eye of self-titled Witchfinder General Matthew Hopkins, all women – especially those who live on the margins of society – are subject to his unchecked power, and after a child falls ill, whispers of covens and pacts are weaponised against them. Blakemore does us a service and tells a story not widely known through fictional and historical characters, and gives a voice to the women who were silenced and slaughtered. It’s a bold and poetic debut. 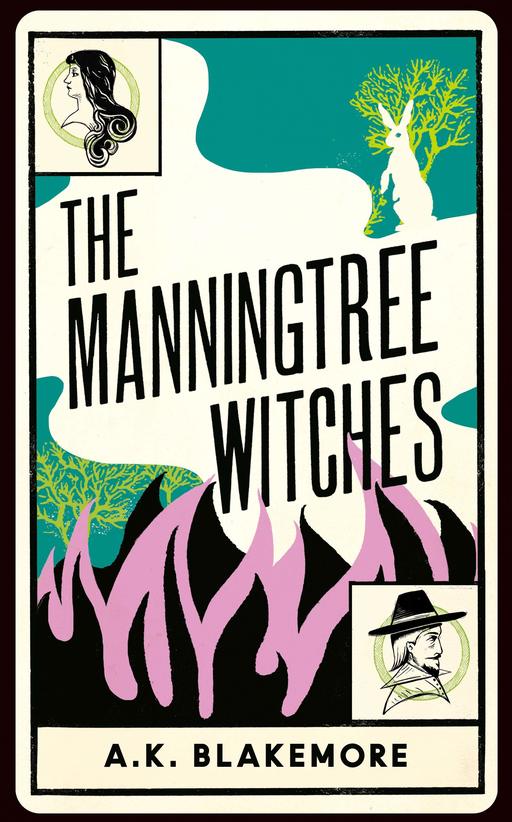