The Arena of the Unwell by Liam Konemann

Liam Konemann perfectly captures a bygone era of indie sleaze in the stunning queer coming-of-age novel, The Arena of the Unwell

After a gig from his favourite band Smiling Politely turns sour, twenty-something Noah finds himself panicked on the streets of London. He soon falls into the arms of Dylan, the cheeky, charming local barman Noah’s never quite had the courage to approach, who takes him back to his flat. Soon, Noah’s embroiled in the toxic, codependent relationship between Dylan and his enigmatic flatmate, Fraser. As Smiling Politely gear up to their first album in five years, he finds himself navigating their intense relationship, all while counting down his NHS-allocated therapy hours and spiralling mental health.

In the strange and shifting dynamics between Noah, Dylan and Fraser, Konemann speaks to the sometimes messy, often complicated nature of queer relationships and desire – especially with a supposedly straight boy in the mix. North London life is perfectly captured in all its hazy, boozy glory, as Noah moves from grotty pub to even grottier indie venue, in prose that hums with the smell of stale fags and spilled beer. It’s when he’s writing about music that Konemann really sings, with passages on gigs and club nights that capture the sticky, heady intensity of night life with writing that thrums off the page.

With its secret shows and record shop stockrooms, The Arena of the Unwell already feels like it belongs to a bygone era of indie sleaze, and is all the better for it. This is the classic coming of age, queered, from a writer who’s one to watch. 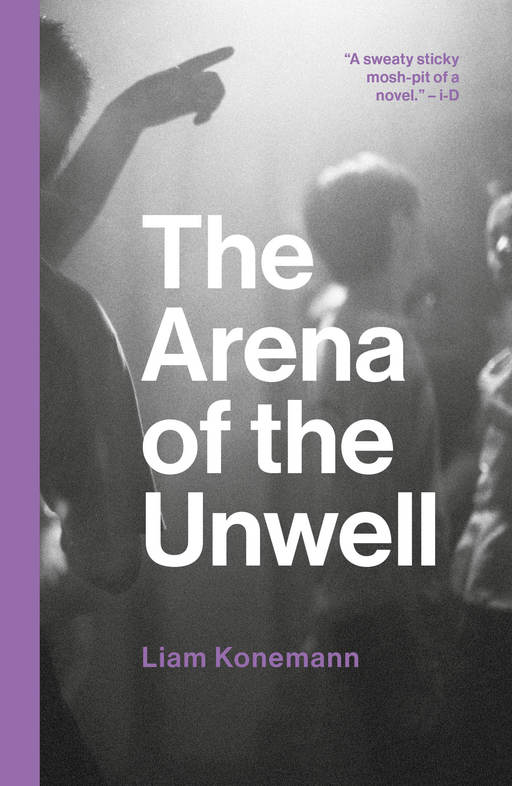