Made for Love by Alissa Nutting

From the author of Tampa comes a romp involving a billionaire tech mogul, a senior citizen park, a father's sex doll, and an attraction to dolphins, that ends up a tale of loneliness and reality

Alissa Nutting has a knack for the uncomfortable. Consider how an author can follow up a book as deeply disturbing and confronting as Tampa, and a lot of ideas could spring to mind: readers would, however, have been hard-pressed to pinpoint some of the finer details of Made for Love.

Hazel has walked out on her marriage to tech CEO Byron Gogol; the final straw was his push for a mind-meld, joining the pair together as the natural next step in their life shaped and surrounded by increasingly invasive and watchful tech. She turns to her father, living in a senior citizen trailer back with his partner Diane, who is a sex doll – even there, she is unlikely to escape her husband’s reach. Then, elsewhere, there’s Jasper the conman who, after an unexpected event, is sexually attracted to dolphins for good measure.

Luckily, Nutting is a deft guide through absurdity. As she further pushes the bounds, continuously testing the reader’s trust in where they’re being led, she melds a complete command on prose with increasingly unbelievable and wild situations. Made for Love, beneath the sex-doll-dolphin-fantasy face, inexplicably ends up a tale of loneliness, freedom, intimacy and reality, that ties up neatly by its end – no matter how far out it gets on the way.

Nutting’s latest challenges readers and has its moments of biting satire and shock value, the success of its landing often relying on readers' own sense of humour and willingness to overlook what might feel a gimmick if dropped elsewhere. This will not be for everyone; for those who stick out the more trying moments, they’re left to ponder how something so deranged manages to say something so unexpected. 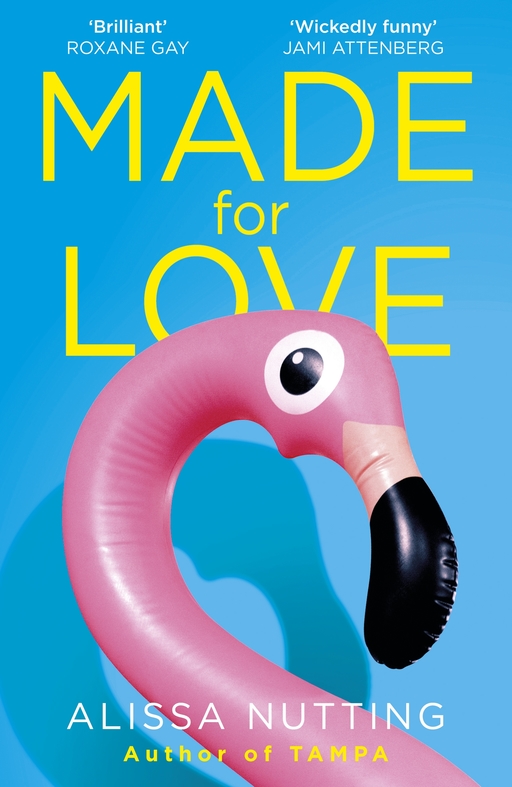