Every morning, in a sprawling Tudorbethan mansion – a 20th century style that, as its name suggests, combines Tudor and Elizabethan architectural features – Crofton Park wakes up to a Mickey Mouse alarm clock. Crofton is not the owner of Kitchenly Mill Race, this monstrosity of a house; rather he is its butler, a revered position that is, to him anyway, not the same as being the help. Crofton’s boss and Kitchenly’s owner is Marko Morrell, guitarist in the biggest rock band on the planet. On tour or else crashing at one of his numerous pads around the country, Morrell is mostly absent from Kitchenly, leaving Crofton the man of the house.

Buoyed by insufferable self-importance, Crofton maintains Kitchenly, a place so remote that 70s England barely gets through its padlocked gates, moat and acres of sparse Sussex land. Life is as Crofton likes it – stagnant, comfortable, organised – until one night, two local teenage girls clutching Morrell’s records come calling to the house.

Kitchenly 434 is narrated by Crofton, a lonely man who hides his northern roots with snobbery by proxy. Through the butler’s narration Alan Warner displays his unique talent for voice, simultaneously relishing in – and satirising – the subgenre of the English country house novel. Kitchenly 434 is a biting, relentless and subtle deconstruction of a particularly English sensibility and a particularly masculine delusion. As funny as it is disturbing, this is Warner on top form. 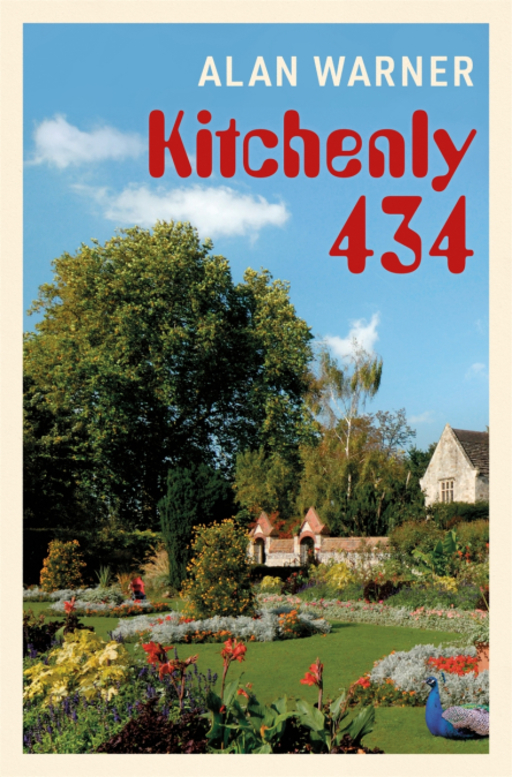