Death in Her Hands by Ottessa Moshfegh

Ottessa Moshfegh knows, like all good crime writers, that imagined horror can be much more powerful than the real deal. In her latest novel, Death in Her Hands, she lets one imagination run wild: that of an elderly widow called Vesta who has recently moved to a cabin on a former Girl Scout camp with only her dog for company. On a walk in the surrounding forest, Vesta finds a note that declares that “Magda” has been killed, here lies her body and the note’s author didn’t do it. With no bodies lying around, Vesta takes the note home and begins to do some sleuthing around town.

Parodying a Miss Marple set-up, Moshfegh revels in dismantling the detective novel, using the genre’s conventions as her tools to shatter the consciousness of a lonely woman with too much time on her hands. What starts as investigating quickly becomes inventing as Vesta projects her own past onto Magda. As locked doors are found unlocked and Vesta falls deeper into her pursuit of Madga’s killer, we’re left uncertain of whether the danger lurks outside the cabin’s windows or inside Vesta’s own mind.

Blending sharp tongue-in-cheek parody, genuine suspense and a disorientingly unreliable narrator, Death in Her Hands is wildly accomplished, if at times unwieldy. There’s always been an existential dread to Moshfegh’s writing and here it triumphs as the muddy shadows of an old woman’s mind. 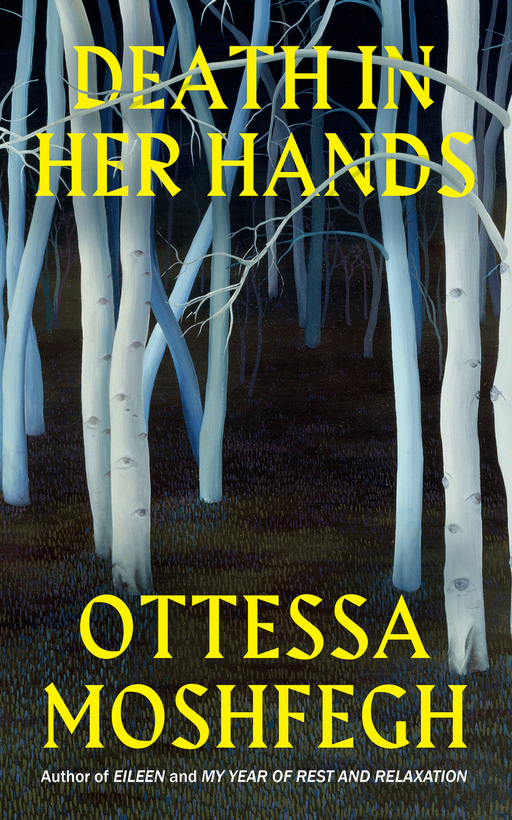