This pleasure garden is a gift from the digital economy to a society that has redistributed its identity to the digital. It defines a world that is no longer solely understood through systems founded on human dimensions, visions, and patterns of occupation, but through the heterotopia of cyberspace; a landscape absent of order where users are in a state of deviation from the truth. Fake news, populist rhetoric and subliminal propaganda have become symptoms of a political culture that incentivises click-bait and confrontation. Combined with the advancements in data mining, algorithmic and analytical capabilities of online platforms, the stability of functional democracies is now threatened. 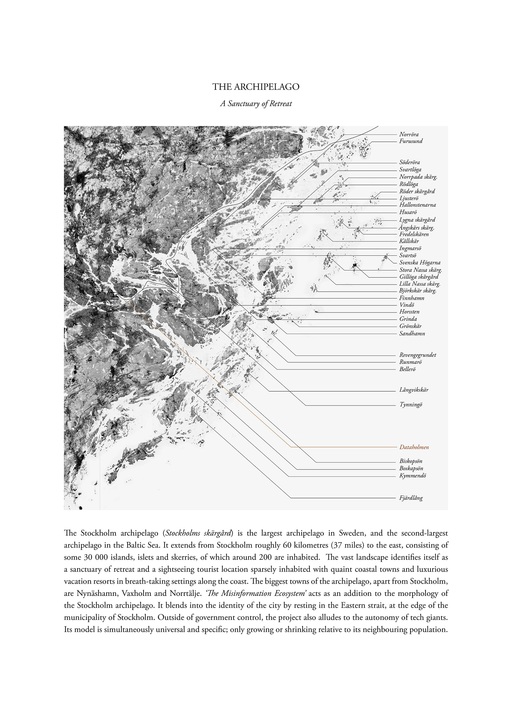 This project proposes a satirical commentary that critiques an era dominated by post-truth culture and surveillance capitalism within the digital economy. Masquerading as a landscape of desire, this counterfeit ecosystem mines the populace for its most valuable asset; data. Accessing the internet continuously activates the engine of the ecosystem, generating enough heat from the server farm to facilitate tropical biomes, saunas, massage parlours and thermal baths within Stockholm's Nordic climate; where inhabitants cultivate and consume the product of their own untruths. 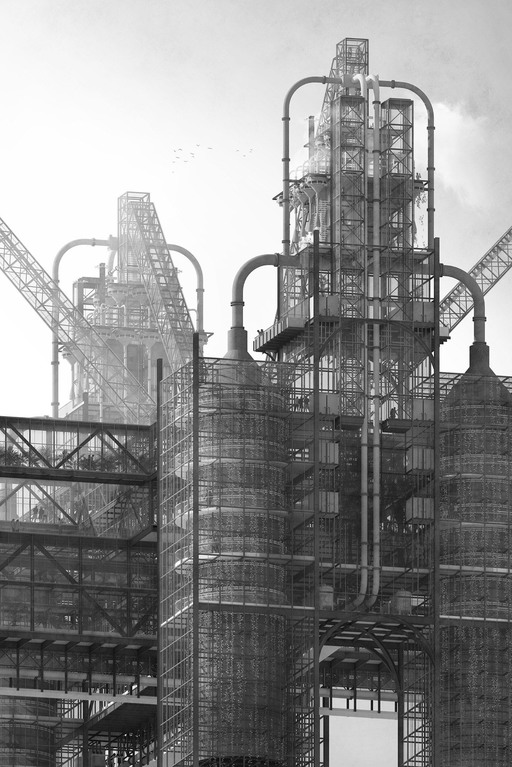 James Dalley (b.1994) graduated from the Mackintosh School of Architecture at Glasgow School of Art in 2018. His thesis project, 'The Misinformation Ecosystem' was awarded the Bram Stoker Award and W.O Hutchison Prize, receiving nominations for the RIBA Silver Medal, RIAS/A&DS Rowand Anderson Silver Medal, Archiprix International Award and a Commendation for the GIA Stage 5 Award. Earlier this year he exhibited at the Royal Scottish Academy for the New Contemporaries of 2019 and was awarded the Walter Scott Global Investment Award. He currently works in London for architecture studio Carmody Groarke.