The festival returns to Leith Theatre after the building’s glorious resurrection last year, with additional events at the iconic State Cinema

This year’s edition of Hidden Door, held back in May, helped breathe life back into the disused Leith Theatre, with ten days of music, visual art, theatre, cinema, spoken word and dance which saw over 13,000 visitors experience the stunning art deco building. Previously the non-profit, volunteer run festival has moved on to a brand new abandoned space with each new festival, but today Hidden Door has announced it’ll be returning once again to Leith Theatre to explore the “huge untapped potential of the space” for its fifth edition.

“This year’s festival left the public – not to mention the Hidden Door team and contributors – wanting more,” says David Martin, creative director of Hidden Door. “Leith Theatre has enormous potential to be the venue the city is crying out for, and we can’t wait to continue the journey with the Trust and everyone involved in bringing it back to life permanently.” 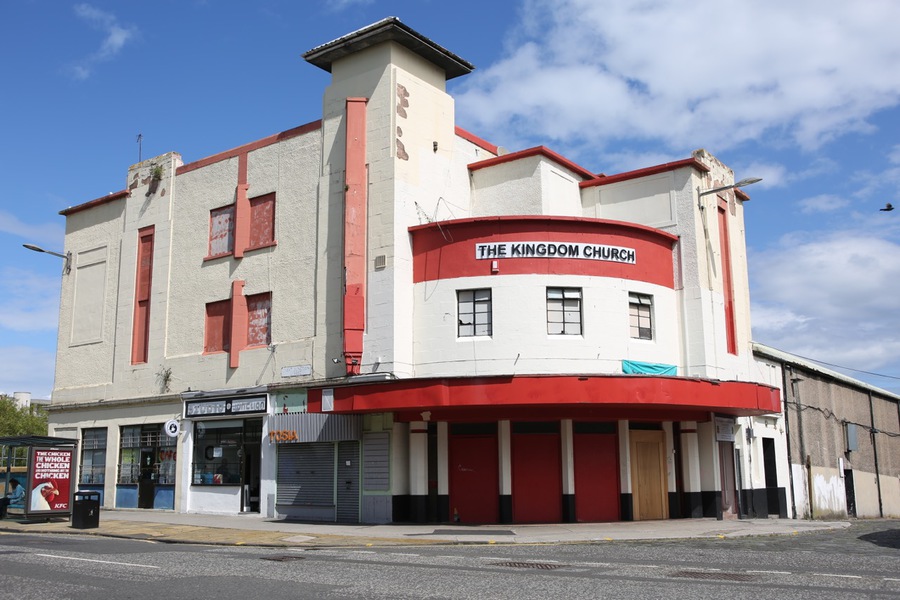 The festival will be continuing its tradition of resurrecting disused new spaces in the city, however. There are plans to apply the Hidden Door treatment to the former State Cinema building, which is just around the corner from Leith Theatre on Great Junction Street. Opened in 1938, the building operated as a cinema until the 70s before it was converted into a bingo hall and, subsequently, a nightclub; Hidden Door plans to use it as an additional space at next year’s festival.

Resurrecting the State Cinema building will be far from easy, though. “There’s a lot to do there,” says Hidden Door’s venue and site team leader Hazel Johnson, “but Hidden Door has always been up for the challenge and this felt like the perfect addition to our plans for the theatre just around the corner. The developers have been very open to the possibility of using the cinema, and it’s a great match for our skills in bringing spaces back to life. Now, more than ever, we’re going to need the people of Edinburgh and Leith to get on board and support us to make something incredible happen in Leith next May”.

Fancy getting involved in Hidden Door next year? The festival is currently inviting proposals for visual art, theatre, spoken word, dance and film to be part in the 2018 festival. The aim of this open call, says Hidden Door, is “to allow new and emerging talent to get involved and develop their practice, providing a platform for new projects and ideas.” In addition, the festival will continue to support more established artists and producers to develop a diverse programme next year.