Shadi Habib Allah on his Free Rein exhibition at CCA

Speaking to Shadi Habib Allah in advance of his CCA show, he offers the other side of his hand to shake. “I’ve been doing the tiles,” he explains. He doesn’t elaborate as he sits down to begin discussing his upcoming show Free Rein, but will later in the interview, as the tiles are some of the objects that he’s transported from the Miami setting. It’s here Allah lived and where he worked in the local corner convenience stores, which are the jumping-off point for him to delve into some of the most pressing issues surrounding social welfare in contemporary USA and beyond.

“I used to work in these stores and the shifts were ridiculous.” He goes on to explain however that for the people working in the stores, this was where they would spend most of their time. “Even on their days off, this would be their social space.” And he jokes, “I’d always try to get them to leave.” Since these stores are open 24 hours, people would hang around through the night. “It would start picking up through the night, around 3 and 4 am.”

Liberty City, the area of Miami in which he previously worked, is indicative of a certain kind of neighbourhood that can be found across different parts of the USA. “They’re considered as desert islands.” Allah names two supermarket retailers, Winn-Dixie and Publix, that have refused to set up there. “The government can advise businesses to open in certain places but the large chains refused.” As most people were low income, big businesses saw no profitable reason to set up there. This absence meant that smaller independent retailers took their place, the kind that Allah worked in while he lived in Miami.

There’s a historical lineage to these kinds of “desert islands”, which Allah has charted back to the Great Depression, but he chooses not to emphasise this kind of timeline approach. Instead, there's a more subtle line of enquiry that takes the usual discussion from a more left-field perspective. “I’m interested in the legitimacy of appearances, and how these things change. Why do we deem something as more acceptable, or not?” He sees this question as a central factor for “alternative economies”, a category into which he includes the food-stamps-for-money trade that goes on in some of the small convenience stores in isolated areas. 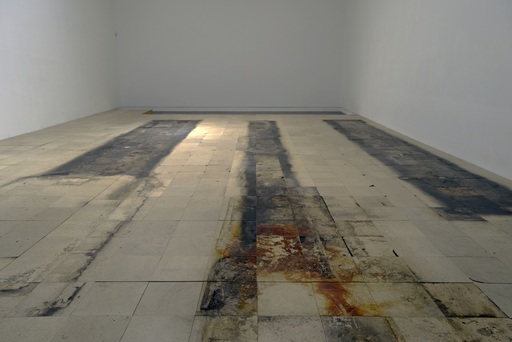 “[Alternative economies] constantly reflect back on main systems and adjust, as they’re supposed to adhere to them. So they constantly tweak and recalibrate not in order to change or escape, but to look legitimate or acceptable. This is very present in how the stores came to function. They intentionally had [an] impoverished appearance in order to signal to people [that the stores were a place to sell their food stamps.]" He also thinks of the analogue accounts system that the shops would have in response to a digitised system that was designed in part  to facilitate greater surveillance of all transactions in the stores.

This is part of the work in the show, which includes the slips that the stores use to record “what are considered illegal transactions. They hide them in small notebooks or keep small slips in certain spots behind the cash register.” These will be notes of “people who frequent the store, how much they have on their card [which holds the food stamps’ credit]. So they empty their cards in three small sums that correspond to some merchandise. When these transactions are made they look legitimate. The [shop owner and person with food stamps] are interdependent in order to survive.”

The kind of shops that he's focusing on in the show are immediately recognisable. There’s one down the road from the CCA, also open 24 hours. A reporter’s notebook and Bic pen comes in just shy of three quid. There’s a streak of exorbitant pricing in the American convenience stores, too. “They charge more, because there aren’t any larger stores in the area, but they’re also suffering from changes in the neighbourhood, too. In the areas I used to work in, business isn’t as profitable as it used to be.” He describes “development” but that it comes in a “certain way. More stores are opening but not in the centre [of populated areas]."

Although Allah doesn’t prioritise a historic retelling of the events that led to some of the specific challenges of the area in Miami he lived in, he does give some background to Liberty Square in particular, “where African Americans moved in the 50s and 60s.” While these estates were initially improvements on the slums where communities had been living before, they have now fallen into disrepair and become areas of social isolation. 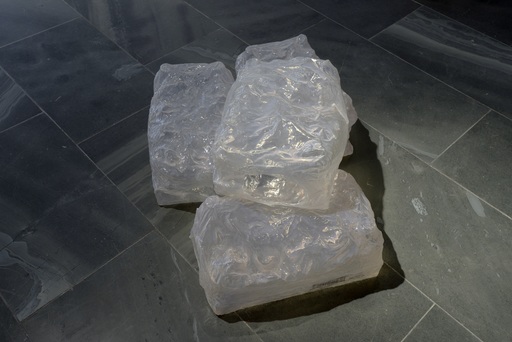 As Allah observes, the trade in food stamps is often made essential because the system of welfare provision is so restrictive. While the food stamps might allow the person to purchase food, it would nevertheless become necessary to trade the stamps for cash in order to pay bus fare to attend a job interview, for instance. Allah describes the “social bond” that was created. While there’s a slash in the value of the food stamps, as shop owners might give only 50% of their value back in cash, he also notices that relationships build up and cash advances are given to people whom the shopkeepers know.

Nevertheless, Allah moves away from some of the usual ways of speaking about food stamps and their illegal trade. While it's a charged context and one that might come up across all levels of political discussion, he emphasises that he makes an effort to move from thinking of the subject in a “topical” way to an analysis that is more “infrastructural”. Rather than thinking about whether the activities are good or bad, he looks to more subtle nuances of how the process runs, and the mechanics of its operation. That’s to say, the smaller tasks that are required of the shopkeepers and the informal systems of accounts and recording that they use, or how they advertise that they offer the illegal service without giving any express indication.

Thinking of his approach, Allah recognises his effort to move from the topical to the infrastructural. So, recognising the mechanics of how something like illegal food stamps trade operates, rather than focusing on questions of an abstract ethical measurement. He’s not asking, “What is wrong or right?” Going beyond this charged quandary, Free Rein promises a non-judgmental account of the strategies of survival that emerge within the hardest social conditions.