Talbot Rice have plotted a group show to coincide with Britain's scheduled date to leave Europe. Speaking with the artists and curators, they each draw out the potential that art might have within a present of bi-partisan politics and divided communities

Art has a way of splitting open simple-seeming binaries and allowing for the grey area of experience. This feels all the more important in February 2019, when it’s hard not to come back to the binary of Remain or Leave in the referendum on the UK’s member status in the EU. Marking the end of the long countdown to Brexit, the Talbot Rice Gallery's contribution to the discussion is the programming of Borderlines, a large group show that brings together a number of artists’ reflections on the contemporary definitions of the border. More broadly still, the organisers and artists, in their work and in conversation, begin to question and to shape out the potential and the challenges for art within the current international political moment.

Flash back to the discussions held in Westminster when a two-choice vision of political organisation and decision-making took form. The Leave campaign slogan of “take back control” imagines power as singular, to be set down either in the UK or in Brussels. The drastic choice set the tone for an ensuing pantomime, and was a reduction of nationalism and globalism’s intersections of identity that stretch far beyond the bounds of the nation-state. A question emerges: how we would like to atomise ourselves, and how would we like to collectivise? And more specifically, what is art doing already to respond to the current international moment and what can contemporary artists, curators and writers do to meet present challenges?

As the title of the Talbot Rice's show suggests, it seems pertinent to focus on how borders, both geographic and cultural, are being turned to in an attempt to shore up our trembling centres. In Borderlines, many diverse interpretations of such a term are explored through trade networks, economic sovereignty, tribal territories that resist the conception of the nation-state, and the pressing issue of the UK border in Northern Ireland.

For one artist in the show, Willie Doherty, it is the issue of a re-instigated Irish border following the UK’s exit from the EU that he chooses to incorporate into his work as an artist. He uses his characteristic approach to the disjuncture and disconnect between media and experience to inform the matter with the particularities of Northern Irish sectarianism. In much of Doherty’s work there is an unsettled malaise coming from a perceived anxiety towards our ability to ‘reimagine the future’ – as the narrator of Doherty’s 2013 work Remains posits – and a resultant fear that we will continually circle round old patterns and repeat the worst mistakes of history.

This line has gained relevance in light of the recent decision for the UK to leave the EU: after the hard-won de-escalation that followed decades of conflict, the issue of the Irish border was barely addressed in the political dialogue at Westminster, and only now, when the consequences are present and immediate, has the discussion come to involve it. Borderlines will present a new work by Doherty consisting of a diptych with ten photos of the Irish border between Derry and Donegal on each panel, the visual banality of the stretches of road depicted paradoxically emphasising the great volatility such a border would create. Speaking to Doherty, he mentions that the work thus shows the "absurdity of the border in these places but the fragility of it as well – how easy it is to disturb the equilibrium of it, and I’m saying this as one of many that cross the border five to six times a week."

Talbot Rice’s Director Tessa Giblin points to Doherty’s work as a pivot point in the exhibition, and to the necessity of such work in the current climate. "We all remember this time of conflict in Northern Ireland, we all know it, but it’s amazing how quickly it can drop out of the public consciousness," she says. "This is when visual artists can show us, literally, what this memory really is.

"It impacts us in ways that media, journalism and other forms of public discourse sometimes fail to do. It helps that we don’t suspect that there is any political, economic or lobbying motivation behind their position because this should necessarily be true."

Providing an alternative to media content that is so often distracted by conscious and unconscious biases towards certain myths seems to be the aim of Borderlines. For instance, the supposed certitude of national borders and state sovereignty in the formulation of an identity are revealed to be far messier affairs in the work of Lonnie van Brummelen and Siebren de Haan. Episode of the Sea is a film that the artists made in collaboration with the fishing community of Urk, a former island in The Netherlands. Urk was connected to the mainland last century when The Netherlands reclaimed the land beneath the sea that separated it and after generations of fishing, the inhabitants were expected to change their practices so they could farm the arable land. Rather than drastically alter their scheme of existence, they chose to expand their vessels and strike new territory in the North Sea.

van Brummelen and de Haan explain that, due to the expanding economic territory of Iceland in the second half of the 20th century, the state of UK fisheries was dire. "For many years, Urk's fishermen fished on UK fishing rights in ships that sail under the British flag. The Urker fishermen explained to us what made them become ‘British’... When the UK entered the European Economic Community in 1973, the country barely had a fishing fleet left; still the UK was able to negotiate substantial fishing quota for its fishermen. UK fishermen had more quota than they could catch fish, whereas their Dutch colleagues were cut short. Over the past decades, Dutch fishermen extended their quota by purchasing them from UK fishermen.

"Knowing all this, we were a bit surprised when we heard that pro-Brexit campaigners sailed up the Thames in a fishing trawler a week before the referendum, and claimed that Brexit will free British waters from foreign fishermen. The narrative of British fishing seems more complicated than that. It involves Iceland’s territorial waters, EU regulation, and free-market mechanisms. It even includes the migration of fish due to global warming." van Brummelen and de Haan position themselves decidedly within the tension of current affairs, not by heading to the political centre but to the people and communities that are more often being represented and contested by others, rather than given resources to consider and share their own experience.

In our conversation, van Brummelen and de Haan acknowledge some of the difficulties of addressing wider social issues within artistic practices and the kinds of spaces that these circulate. This might touch on Miwon Kwon's radical definition of contemporary art as ‘the space in which the contemporaneity of histories from around the world must be confronted simultaneously as a disjunctive yet continuous intellectual horizon’. Put differently, van Brummelen and de Haan can be understood as broadening the number of reported experiences that make up a sense of the world, adding them to other aspects of the present simultaneously.

More broadly, van Brummelen and de Haan describe the "episteme that makes us see the world in a particular way" and how they too must have "internalised the cultural schemes of the society we inhabit". However, their answer is a return to the locality of human experience. van Brummelen and de Haan take their specific experiences working on these projects to reveal the limitations of their speculations. "Art making thus becomes a process of unlearning, and acknowledging that there are no solid truths, but only temporary and local truths." Their practice reflects on the responsibilities and social influence of artists and more generally the galleries, curators and writers that form contemporary art as an institution.

In particular, the actions of van Brummelen and de Haan represent a kind of direct action in investigating and adding further detail to the multiple realities at play across different levels of society. This was particularly present in the duo's experience of working with the fishermen of Urk – how could their practice bridge the cultural divide between what the fishermen were experiencing in losing their trade with the cosmopolitan audience of contemporary art galleries?

A profound display of discerning optimism was their answer. "Art may have contributed to current divisions between those that participate in and benefit from globalisation and others that have been pulled back by it. But can contemporary art be reduced to its complicity to the cosmopolitan scheme? In our opinion, art can still reach outside institutions and academia. But we all need to be creative and look for strategies that can circumvent divisions [...] We, too, tend to see our work in the tradition of ancestors. In the contemporary world there seems much to be critical about, but we need to also express what we find compelling and intriguing, to find values we share. This may allow us to forge unexpected alliances and to reach beyond borders." 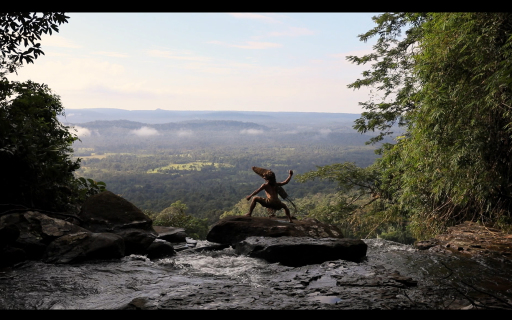 It is not the long-standing centres that must be looked to in times of tumult, it is to the borderlines; for these are not where cultures end but where they disperse and potentialise. The liminality of the borderline offers us a place in which totalisation can be disregarded and the local embraced. In 1994, the great Irish poet Seamus Heaney described his experience of the Troubles: "The quarter century we have lived through was a terrible black hole", with an "inestimable suffering inflicted and endured by every party to the conflict".

If all it was to do was to provoke a memory of the complexity of concerns in societies of division, Borderlines would be a wholly necessary exhibition. In our current position it remains paramount to do justice to the intricacies of these entangled knots by not recognising simple rhetoric to be of any regard, nor let it cast an amnesia over the experience of the past that, with much strife, has given rise to our present.