The Museum is a Prison: Sulaïman Majali interview

As Sulaïman Majali launches several projects and shows across Scotland, they guide us through some of the thinking driving their artistic practice and some of the works they are currently making

In Sulaïman Majali’s show at Collective Gallery in Edinburgh, there is one sculpture which is a 3D print of a bit of a wall from the Alhambra, in southern Spain. The print was not taken from any of the Edinburgh collections Majali has spent extensive time in as part of a two-year residency in Talbot Rice Gallery – instead they sourced it from a public domain file on the internet. Majali thus operates outside the carefully guarded official collections in order to generate an encounter with the physical remains of Muslim culture in Europe: a history that is often effaced.

In Collective Gallery, Majali has produced works in sculpture and sound that take as their starting point an instance of racist graffiti in Cumbernauld during 2016. 'Saracen* Go Home' was written large in spray paint on the wall of a mosque. For Majali, this scrawl has a lineage that extends from forgotten and deliberately erased histories of oppression.

Majali ends the interview with a story that is indicative of the kinds of erasure they observe and kick back against throughout their artistic practice. It happened during a holiday in Malaga, when they were excited to visit a Muslim space – what they found was a falling apart tourist site. "They [Spanish cultural authorities] just don’t care," explains Majali. "We went to the archaelogical museum and there’s a big sign that talks about 700 years of Islam being a 'hiccup'.” Majali speaks about the unfairness of this, “the idea that that stretch of time, 900 years of scientific advancement of not just Muslims but amazing coming-together and reformations in the way we understand science, arts and poetry, it’s described as a hiccup because of the prevailing ideological state that Europe fell into. It expelled Jews and Muslims. I was nearly thrown out of the museum because I started filming myself walking around hiccuping.” 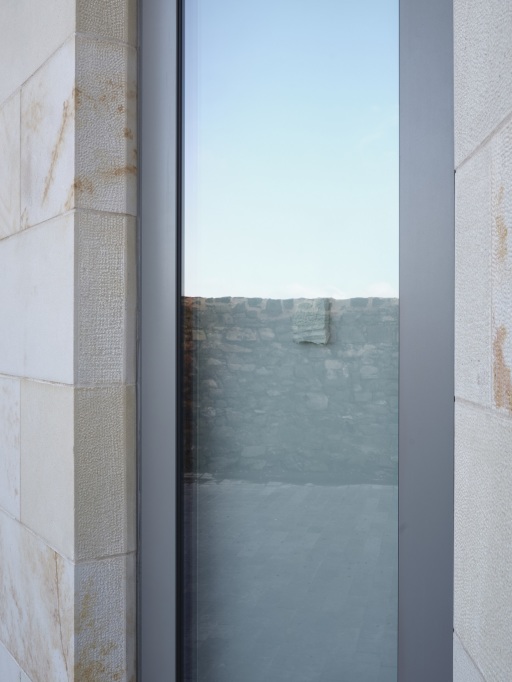 It is with this knowledge that Majali has been seeking to reddress the covering-up and downplaying of Muslim European history through visits and enquiries into museological collections. “It becomes a fugitive process of trying to encounter these objects, and understand them as incarcerated.” Majali describes that the extreme restrictions are in response to a “risk [that] is not necessarily that the object might get damaged. For me, it’s the risk that the object might be understood as [entropic], how within colonial logic there are these entropic moments, how an object can operate as a seed of destruction for the collection that holds it.”

While the Collective show takes the processes of institutional collections as a point for critical enquiry, Majali also speaks passionately about their research into historical translations of 1,001 Nights, the collection of Persian-Arabic folk tales. This will form the basis of their upcoming exhibition in Glasgow International in April.

“Through colonial translations, certain characters start to speak about the colonial interest in ways.” In this regard, Majali looks to the character Scheherazade, “the character that frames the entire series of tales that tesselate.” At the beginning of 1,001 Nights, a King “sees his wife cheating on him (or what constitutes cheating for him), decides that he hates women, and initiates a femicide. He marries a woman in the evening, then kills her by dawn.” The King’s systematic killing continues until he proposes to the character Scheherezade. “She decides to take up the offer, and tells a story as a way of surviving and stops the story just before dawn in a way that makes him want the story to be finished. The 1,001 Nights idea comes from this endless telling of a story for her to remain alive. It’s a story about survival and mortality.”

While Majali had known Scheherazade from a few cartoons and other sources, it was when they encountered her in the colonial translations that Majali recognised her as a “radical disruptor in every sense. I played with this idea of her time-travelling, what it means for her to exist in the colonial [translations]. I think various diasporas encounter those moments in translations, or objects in museums – another excretion or processing. I not only relate to Scheherezade as a character, but she really taught me so much about disruption. Refusing narrative or keeping this thing in a state of evasion.”

Returning to the idea of entropy that provides momentum for a lot of Majali’s practice, they look to Scheherazade as “radical disruptor in every sense. There is something about the way she exists in the colonial narrative that she maps out a way of destroying it.” Laughing as they remind themselves she’s not real, nevertheless Majali is clear Scheherezade is present in the studio with them every day. “I could make work about Scheherezade for the rest of my life.”