The Royal Scottish Academy's selection of the most recent art graduates returns, including some timely works from emerging artists keen to confront social issues and political tumult

Jasmine Regmi’s paintings emerge from research into the Indian miniature and the treatment of young girls in Nepal. In one series of panels, she considers the treatment of young girls who are treated as goddesses then cast out of home when they have their first period. She says: "There are many things that motivate me. I love reading stories and news about all the events that happen and it creates a rage inside of me seeing women that are vulnerable in this day and age which drives my work ethic while creating my pieces." 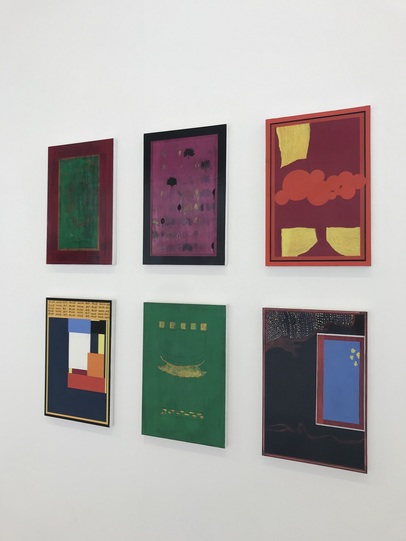 Local lore and classical-mystical German music forms combine in Bibo Keeley’s sonic exploration of the rugged areas of Scotland. Recordings of her own sung improvisations are woven into ambient sounds of rain, seabirds, wind and waves. “The key themes informing my current work are the urgency of climate crisis, my personal experiences of the fragility of life (my partner’s near-death and heart transplant) and the divisiveness of Brexit. I respond to the disharmony in global climate efforts, alarming political polarisation, and the need for healing." 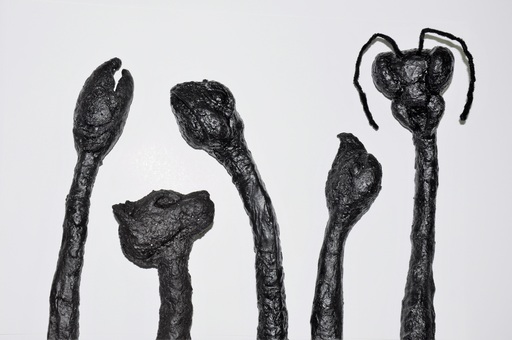 “I amplify the qualities that I pick up on in my subjects to sculpt a feeling of them and their story. I am drawn to shoot in natural locations for its many changing colours, lights and textures.”

The photography of Ruby Pluhar documents her friend and collaborator Ella, as they spend time in Scottish landscapes. In striking colours and powerful juxtapositions that combine Ella and dramatic backdrops and natural sites, Pluhar creates dramatic contrasts in tightly composed and enchanting images. 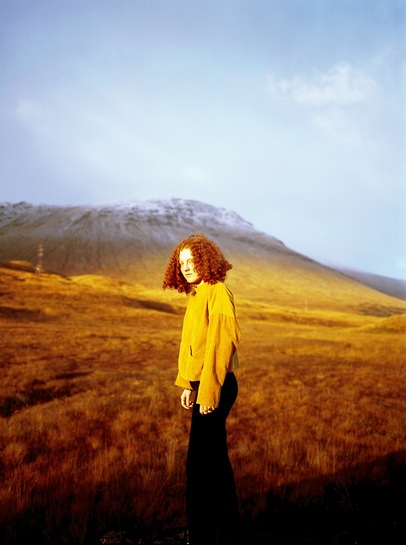 Titled 'the rest of us, we just go gardening', Fay Allan found this phrase in the work of a neurosurgeon describing how he thinks of surgery as a process of removing bad growths and promoting good growths. For Allan, this was an evocative way to understand medical care, and inspired the plants that are at the centre of her installation and performance. She includes evergreen plantlife as an interruption to the sterility of the hospital bay, incorporating what has been proven as the healing and grounding presence of greenery. 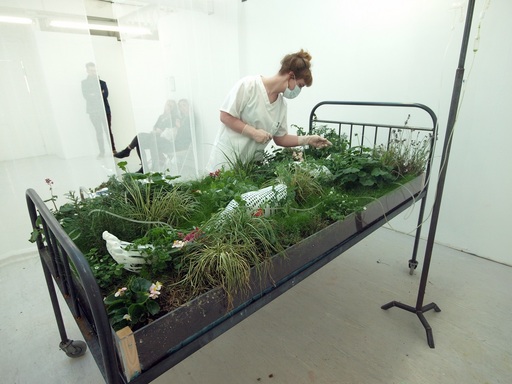 Bringing political education into the gallery space, Campbell Glass will display sculptures and videos that represent parts of her family’s tradition of being very politically engaged and active.

"In a way the political orientation is irrelevant, it’s the concept of archiving the stories and the physical collections that may interest some… political education is highly necessary in the current political climate. Especially in environments like art spaces where class consciousness is usually weak, and commonly the upper class control and curate the spaces we are trying to break into.” 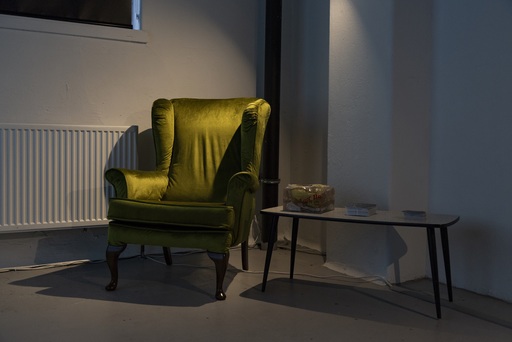 For many of the exhibitors this year, the majority of their final years were framed by Brexit votes and extensions. In Gabrielle Gillott’s exhibition, she draws on his research in stockpiling forums to create a series of sculptures of sparse interiors in which the forms of tins and dry goods spill out from unexpected places. For Gillott, the hoarding is one of the the most distinctive physical expressions of general social insecurity surrounding Brexit. 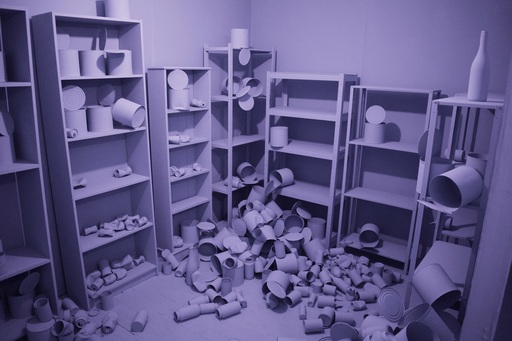 While other exhibitors look to exceptional circumstances and unusual narratives, Méabh Breathnach uses complicated casting and ceramics processes to transform familiar forms into elegant and evocative sculptures. For a new body of work especially for the RSA, Breathnach has made tiles that incorporate strands of hair which break down and become 'unique and playful lines' after being heated to high temperatures, as well as a picture rail made from the profile of Breathnach’s face, and bronze sculptures of a cardboard box, 3 house plants and a chopped off plait of hair. 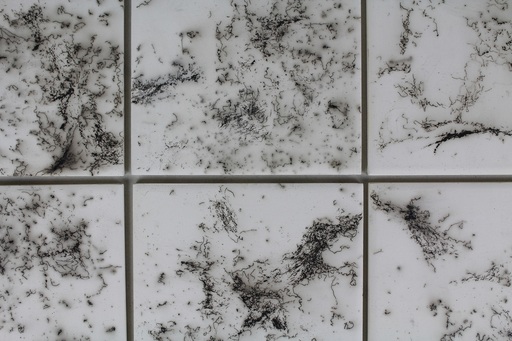 Working with the repeated form of the games controller, Fan’s work repeats the symbol of control in an instalation that is intended to be an immersive and oppressive experience for the audience. An accompanying video displays images of destruction and animal documentary, as glitches and pixellation distort the film, and the imagery changes quickly from a lion eating a fresh carcass to the BBC news intro. For Fan, these are artistic means of reflecting on the “cultural dilemma of globalisation” and “information manipulation.” 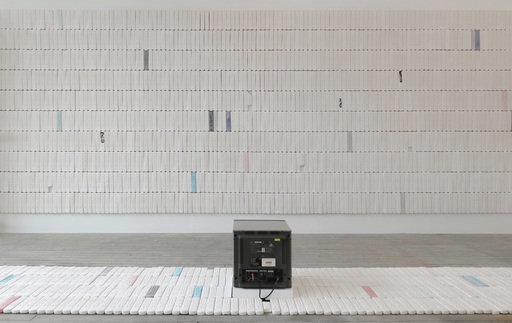 A night at the ballet became the catalyst for the degree show series of paintings, drawings and collages that Alex Hayward made after seeing Matthew Bourne’s Cinderella. These works made their way to Bourne’s social media and Hayward was invited to make new work in response to Bourne’s new production of The Red Shoes, which will be shown for the first time at RSA NC. For Hayward, these images of the theatre carry a comforting and old school campness, full of romantic longing. 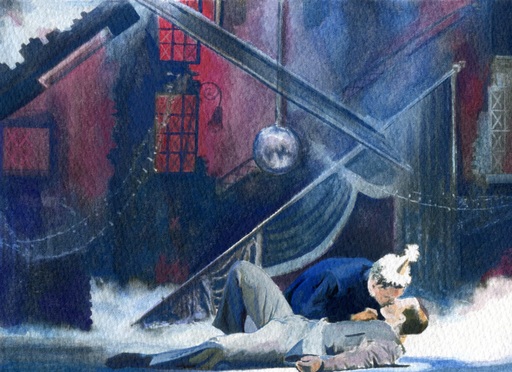